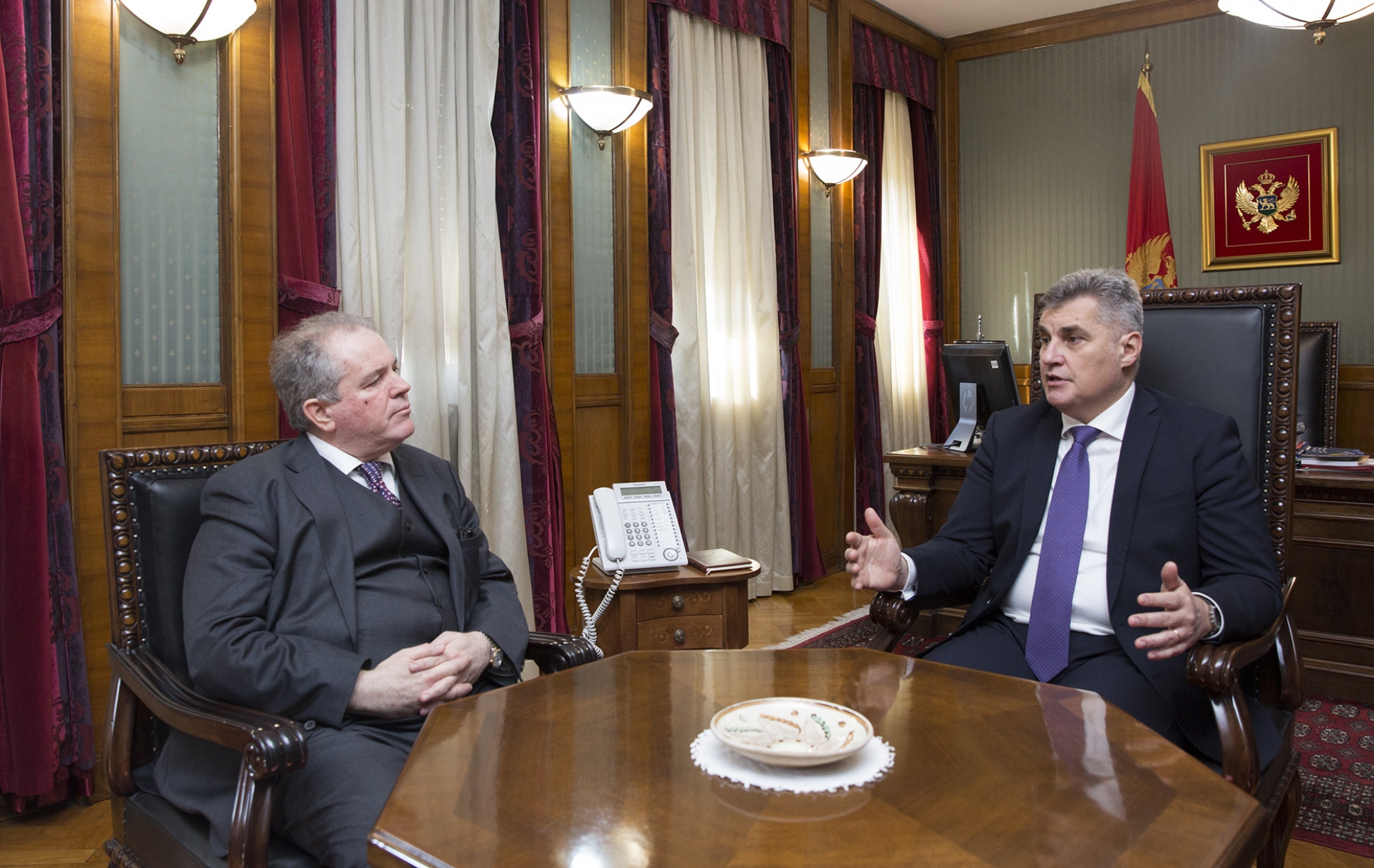 PODGORICA – The promotion of Montenegro as the next EU member state is important for other candidate countries, as it shows that advocating European values ​​and achievements is being done in the right way, said Montenegro’s Parliament Speaker Ivan Brajović during a meeting with the EP rapporteur for Montenegro, Charles Tannnock.

“Regardless of the Brexit, which he opposed as an MP from the UK, Tannock said that the country wants to be present in the Western Balkans and strengthens partnership with Montenegro both within NATO and in the bilateral sphere,” Brajović’s office stated.

Expressing regret over the unpleasant situation EP Tannock was exposed to during yesterday’s SAPC session, Brajović pointed out that he appreciated the rapporteur’s efforts so far to present an objective and balanced picture of Montenegro in his reports.

“Tannock underscored that the European Parliament’s Report on Montenegro does not reflect political or party views, and it is adopted at the EP plenum after passing through the strict procedure,” Brajović’s office said.

During the meeting the officials discussed freedom of expression and media, Montenegro’s success in NATO membership, and the visible progress our country has made in all fields.