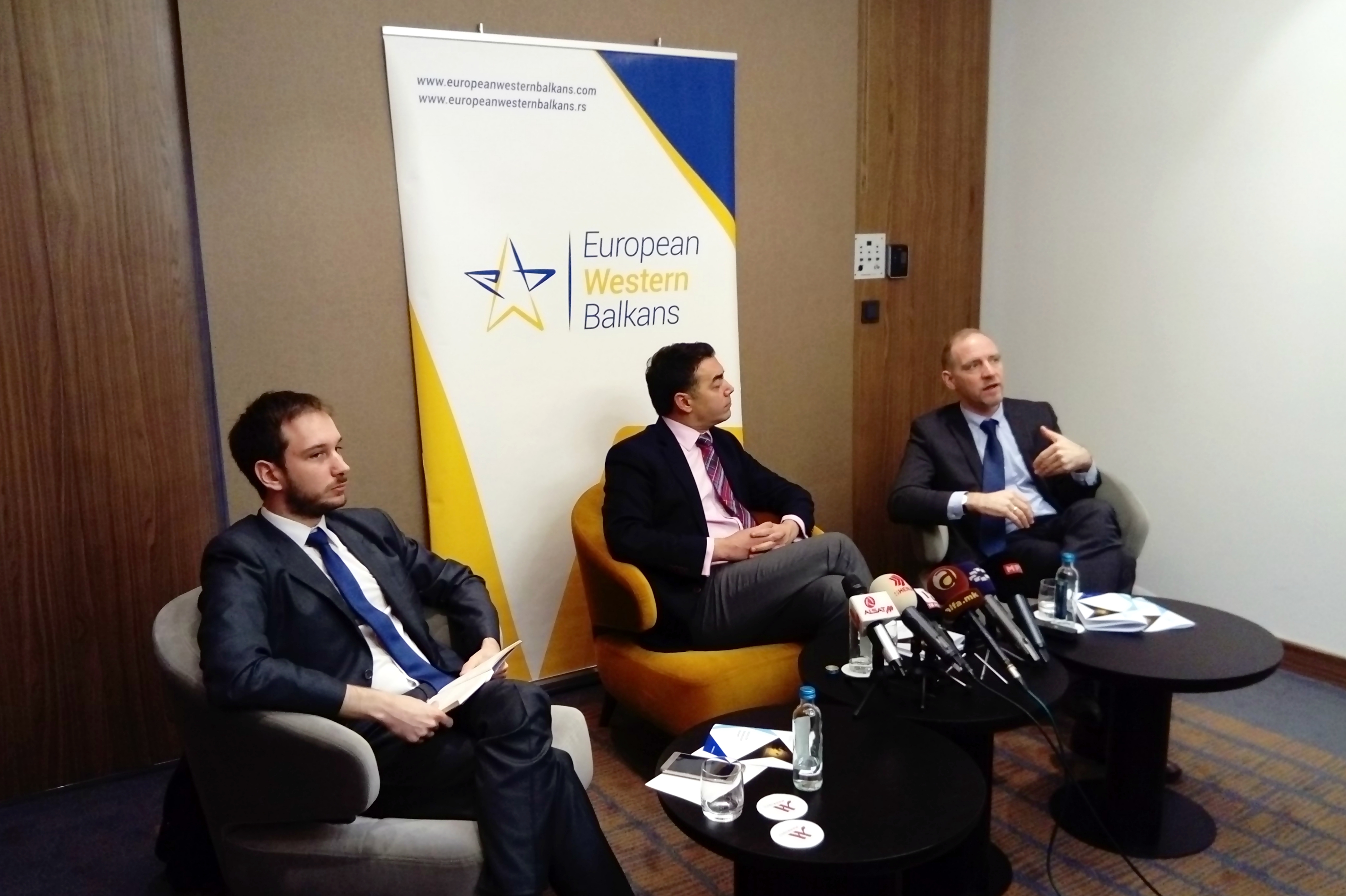 SKOPJE – Macedonia is determined to join the EU and needs to continue with the reforms to seize the opportunity, it is stated at the media briefing “New Macedonian moment” organised in Skopje by the European Western Balkans and the Balkan Trust for Democracy.

Macedonian Minister of Foreign Affairs Nikola Dimitrov and Professor of the University of Graz Florian Bieber explained that the next 2018 is a chance for Macedonia on its path towards the EU, but also the chance for the EU to use this Macedonian moment, and inclued it in its enlargement strategy.

According to Bieber, Macedonia has shown its decisiveness for joining the EU and that it intends to continue with the reforms and that it is committed to good neighbourly relations, which this year started with the new government.

“We said that this is the moment not only for Macedonia but also for the region, to renew the enlargement prospect, to recognise the moment. We have the chance for this process not to become a never-ending story, but a story with a clear goal and deadline,” Bieber said.

Dimitrov explained that he feels optimistic about the European enlargement strategy.

“With that strategy, the EU should be open to all six countries in the region and allow them to partner in the reform process. We need to be dedicated to the reforms and the good neighbourly relations we have started and to show the Union that we are not afraid of evaluation, and therefore we are already discussing two EU members to help us measure the corruption in Macedonia,” said Minister Dimitrov.

Both he and Bieber agreed that resolving the name dispute with Greece is a key moment.

“It is not just about resolving the name dispute, but also creating trust, true friendship and good-neighbourhood relations,” said professor Bieber, who believes that Macedonia should not expect EU to push Greece as its member to resolve the dispute, because, he said, it is not solved by pressure but with support from both sides.

Dimitrov did not want to disclose which name options are in the negotiations with Greece but stressed that there is nothing to be done without a national consensus and without asking the citizens first.

The Albania – Serbia trade exchange and its potentials