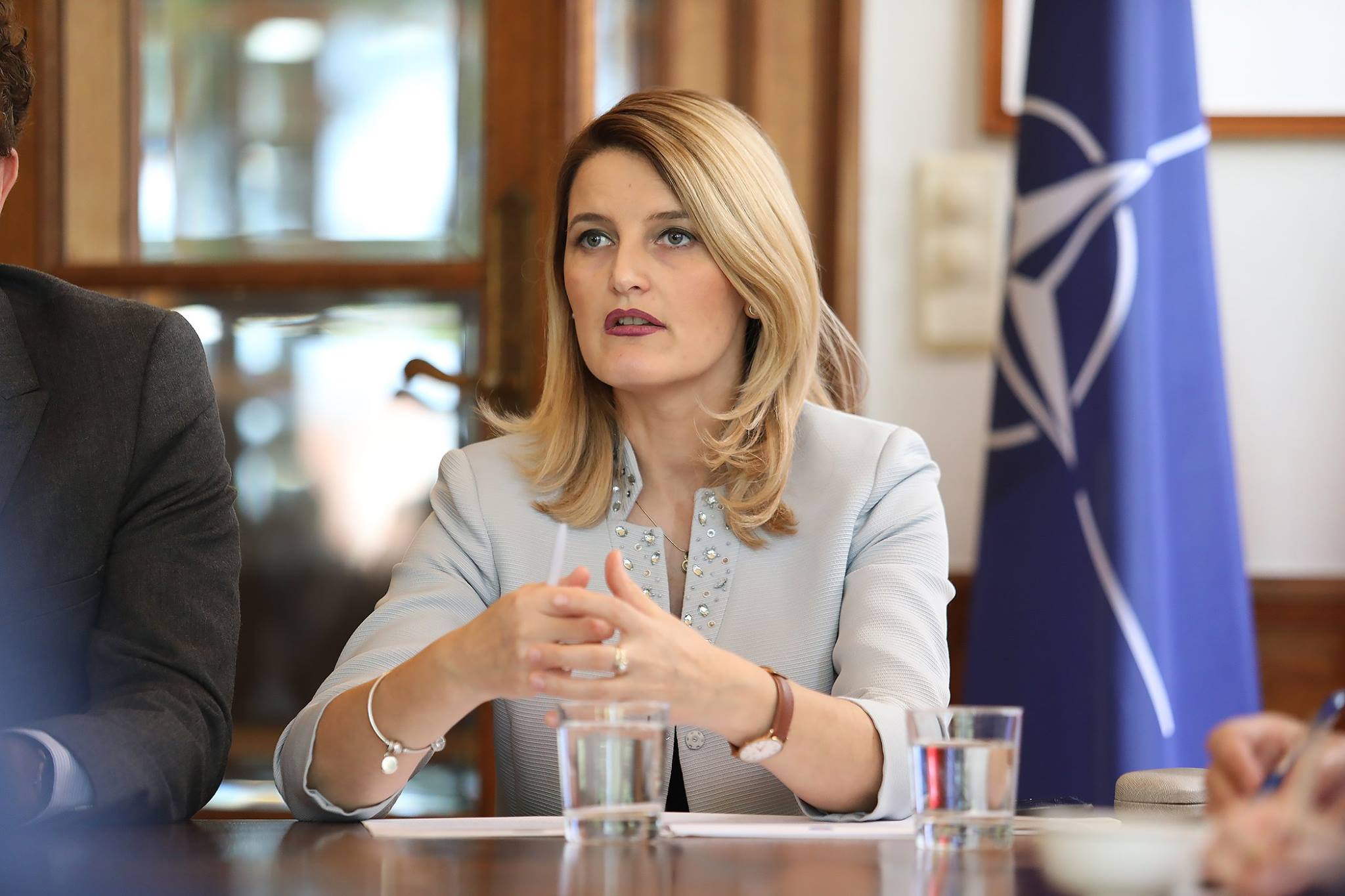 PRISTINA – Today was developed the activity for the Monitoring and Reporting Platform, organized as cooperation between the Ministry of European Integration and the German Society for International Cooperation (GIZ), attended by the Kosovo European Integration Minister Dhurata Hoxha, the Director of GIZ for Kosovo, James Macbeth Forbes and German Ambassador Christian Heldt.

In her welcome speech, Minister Hoxha stressed that, upon entry into force of the Stabilization and Association Agreement, Kosovo has opened a new chapter of relations with the EU, that of contractual relations.

“The SAA sets out the mechanisms and deadlines for implementing all reforms that will progressively align Kosovo with the EU in all policy areas, until the full membership. The implementation of the SAA has already begun to bring about profound, though sensitive, political and economic reforms”, said Hoxha, adding that the SAA not only reflects the political will of both sides to implement our European perspective and constitutes the platform for long-term transformations, but also is a test of the will of our institutions to achieve these political goals.

Kosovo, until its full membership, will adopt legislation by making it part of its local legislation. The Minister further emphasized that in this new phase of EU accession, we have advanced the policy framework for European integration, making it more dynamic, ambitious, comprehensive and integrated through the National Program for the Implementation of the SAA.

“The Ministry of European Integration, as the main coordinating institution, along with the line institutions, has drafted the Program for the first time at the beginning of last year. The Program for Implementation of SAA is the main national strategic document for planning, implementing and monitoring all reforms necessary for the implementation of the SAA and for the subsequent stages of EU accession”, said Hoxha.

Minister Hoxha emphasized that in order to facilitate this process, with the support of the GIZ project ‘Support to the European integration process in Kosovo’, we have developed the online Platform for monitoring of and reporting on European integration, which will be launched in January 2018.

The Minister also noted that “this platform will improve accountability and transparency between public institutions as well as other stakeholders and the general public, as the institution leaders will have the opportunity to be constantly informed about the progress achieved by each department”.

In his speech, German Ambassador to Kosovo, Christian Heldt, stressed the importance of the integration process, congratulating Minister Hoxha on the work of the Ministry which, with dedication, is making this very important process for Kosovo and its citizens more dynamic and proactive. Ambassador Heldt assured Minister Hoxha that GIZ will not stop from supporting the Ministry, rather it will increase its performance, coordination, monitoring and reporting on the process.

“The platform increases the quality of reporting and strengthens institutional memory”, emphasized the Ambassador. Finally, there was a presentation on how the platform works.