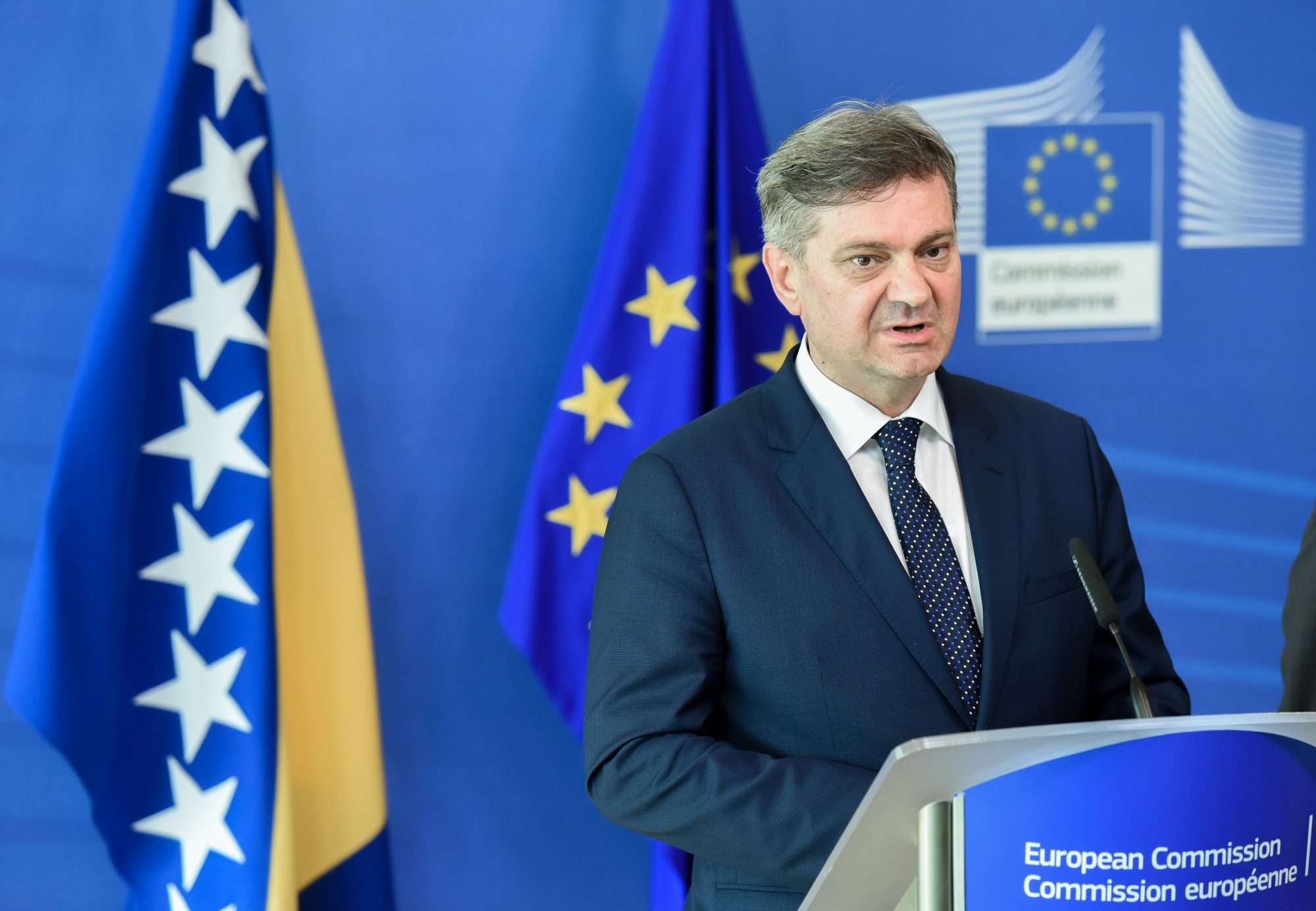 BRUSSELS – Chairman of the Council of Ministers of Bosnia and Herzegovina Denis Zvizdić met in Brussels with High Representative of the European Union for Foreign Policy and Security Federica Mogherini.

They discussed the current situation in BIH and newest developments on the European road of Bosnia and Herzegovina. High Representative Mogherini congratulated the adoption of a set of laws on excises as an important step towards the European development.

Zvizdić stressed that BIH attaches a great importance to political dialogue with the European Union. He briefed the High Representative of the level of both the implementation of the Reform Agenda and provision of answers to the European Commission Questionnaire. He said Bosnia and Herzegovina expects with a great attention the issuing of a new Strategic Document on Enlargement, and emphasised that he believes that the Strategy will reflect a clear support to prospective of the European Union enlargement to the Western Balkans.

High Representative of the European Union and Vice-President of the European Commission Federica Mogherini met with the Western Balkans Prime Ministers at an informal dinner. This was the third meeting this year, where developments in the region and prospects for the next ear were discussed. Other than the Chairman of the Council of Ministers of Bosnia and Herzegovina, the meeting was attended by Prime Ministers of Albania, Macedonia, Serbia, Montenegro and Kosovo.