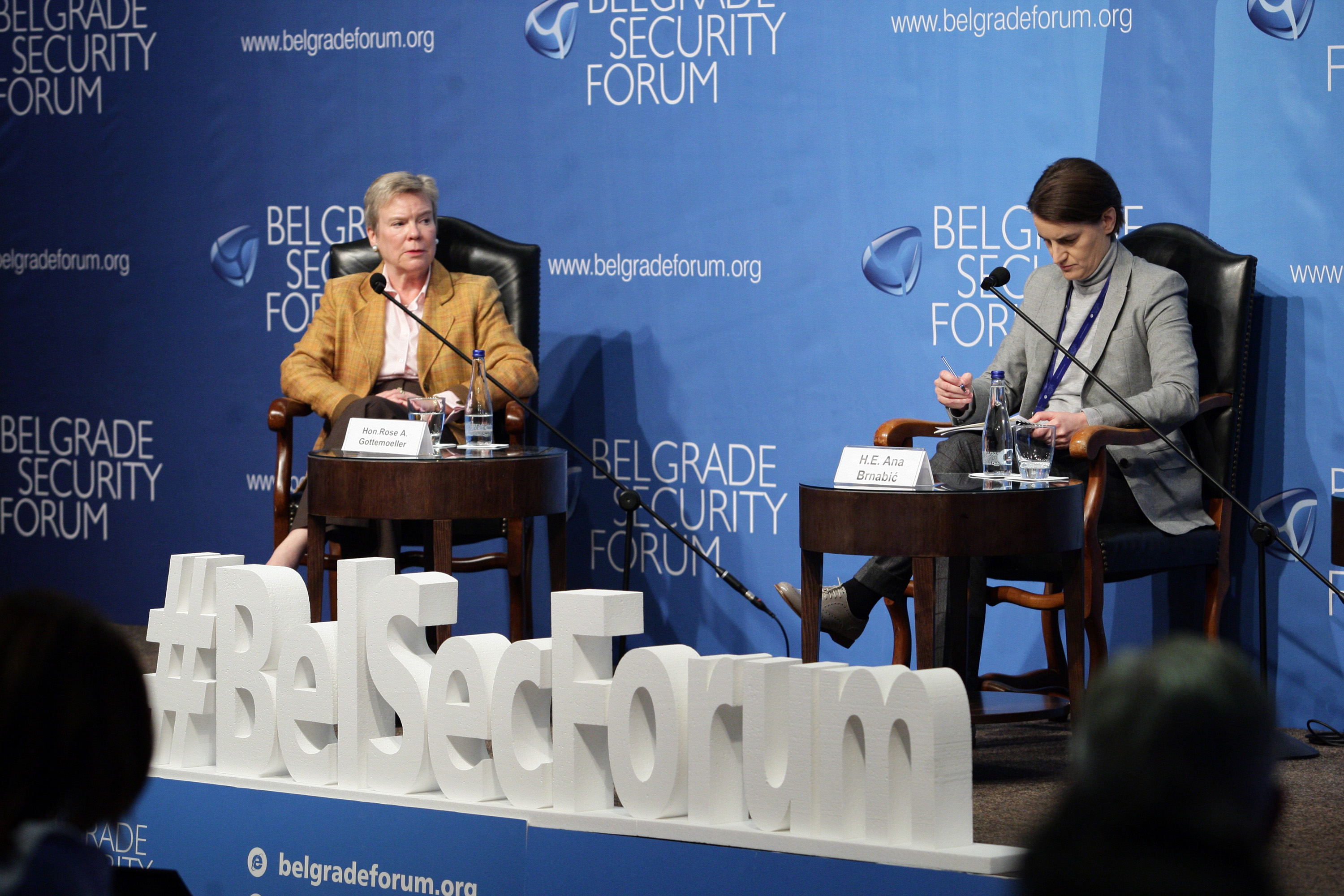 Public diplomacy is one of the most important areas NATO is dealing with to provide support in making important political and military decisions, but also to inform the public about the degree of cooperation with a particular country. However, in Serbia, the public is not sufficiently informed about the activities carried out within such cooperation, and the field of public diplomacy is rated as “the weakest link”.

The NATO Military Liaison Office was founded in Belgrade in 2006, in the same year when Serbia became part of the NATO Partnership for Peace Programme. According to the official website of this organization:

“The Office facilitates Serbia’s cooperation with the Alliance within the Partnership for Peace Programme and assists Serbia’s efforts in reforming the defence system through a joint Serbia-NATO Defence Reform Group.”

Then, it came to a qualitative change with regard to public diplomacy in January 2015, when the first Individual Partnership Action Plan (IPAP) was endorsed, and the office was given the role to, in addition to supporting Serbia’s military reform, provide support in the areas of public diplomacy and political dialogue.

“The NATO Liaison Office provides support to the Government of Serbia and the academic community in the preparation and implementation of projects through the NATO Peace and Security Programme, and it also helps the NATO Support and Procurement Agency in the implementation of the current Trust Fund for the Safe Destruction of Outdated Ammunition,” reads the website of the Liaison Office.

When it comes to the aforementioned Individual Partnership Action Plan, special attention is given to this topic in one of its four chapters. The activities that the Serbian authorities should carry out either independently or in cooperation with NATO are generally presented as a permanent process.

However, the Professor of the Faculty of Security Studies in Belgrade, Darko Trifunović, talks about the real state of affairs in Serbian public in his statement for Demostat.

“Everyone who criticise pro-Russian orientation of Serbia is currently proclaimed a spy and NATO mercenary. There is no politician who could break this circle at this moment, as we have created a society in which you need a photo with Putin in order to win the elections,” he said.

That this is not only a sole impression of the representatives of the academic world proves the research of the Belgrade Center for Security Policy, whose results were presented in March this year. The survey showed that as many as 64 percents of citizens would vote against the NATO membership if it was to be decided on a referendum. These high percentages have not changed for years and vary between 60 and 75 percent.

“I think the figures clearly speak about what Serbia’s basic direction is,” Minister Dačić stressed.

About the concrete figures for the last two years, one could hear at this year’s Belgrade Security Forum from the Prime Minister Ana Brnabić.

At the panel where the Prime Minister spoke with the Deputy Secretary General of NATO, Rose Gottemoeller, it was said that, during 2016 and 2017, Serbia participated in 25 bilateral and multinational military exercises with NATO and the Partnership for Peace countries, which often remained in the shadow of the exercises we performed with Russia (4 in the previous two years).

Branimir Filipović, Deputy Assistant Minister of Foreign Affairs of Serbia, spoke in an interview for the European Western Balkans about the fact that there was a problem with the disintegration of real facts and the way they were presented to the public. On this occasion, he emphasised that the area of public diplomacy was rated by the state authorities in Serbia as “the weakest link”, therefore, the preparation of the Strategic Guidelines for better informing on cooperation would be initiated.

Filipović also pointed out that – when it comes to public diplomacy and regarding the attitude of the Republic of Serbia towards NATO – Serbia had a clear commitment to objectively, timely and clearly convey to the public what was the essence of Serbia’s cooperation with NATO, what were the results and what was the Serbia’s interest in this cooperation.

“Therefore, it is not about promoting NATO, because this is not our task, nor does NATO expect that from us, but about one responsible activity, where the important sphere of foreign policy will be presented to the public in the best possible way, and the main criterion of such presentation are the truth and the facts,” says Filipović.

That public diplomacy is of great importance for Serbia-NATO relations, agreed the Assistant Secretary-General Tacan Ildem, who in an interview for the EWB said:

“Sometimes we can approach certain issues with emotions, not to find out the real facts. Sometimes these feelings could be emitted for various reasons, such as the past, but this should not be an obstacle for us to try to understand what NATO represents, what our role in cooperation with our partners is and how this cooperation can serve as a contribution to more security and stability in the Western Balkans,” says Ildem.

The need to reconcile the media image with reality is also emphasized by the Professor of the Faculty of Political Sciences, Dragan Đukanović, in a statement for EWB.

“It is very important to explain to the population about the real needs in relation to regional security – what are the risks and threats, as well as to evaluate objectively and not to present a priori opinion, but to consider the future of Serbia,” Đukanović says.

He points out that it is important to explain to the public the advantages of Serbia-NATO cooperation.

“For instance, membership ensures an increase in foreign direct investment in the new member states, and in this way, Serbia would better integrate with its immediate environment,” Đukanović notes.

He adds that it is necessary to work in different ways on equalizing the media image with the reality.

“As long as there is a discourse in the mainstream media that provokes the anti-NATO sentiments, there the problem will remain, despite the periodical note about its positive – for example, when it comes to the protection of the Serbs in Kosovo or through the public statements of our officials that emphasize the importance of NATO in this respect, which is objectively so,” the professor says, and concludes that improving the objective informing could also improve NATO’s rating in the public.

“Of course, one should also mention education, the consultations with professional military circles that are somewhat neglected when it comes to this perspective. I think that the younger generation of officers is the least in charge of such a matter,” Đukanović points out.

It remains to be seen whether, after the adoption of the mentioned Strategic Guidelines for Better Publicity, the Government of the Republic of Serbia will have enough authority, strengths and will to ensure its implementation, so that its citizens will have an insight into the complete activities of Serbia and NATO, and based on facts, and not emotions, could understand the security needs of Serbia.