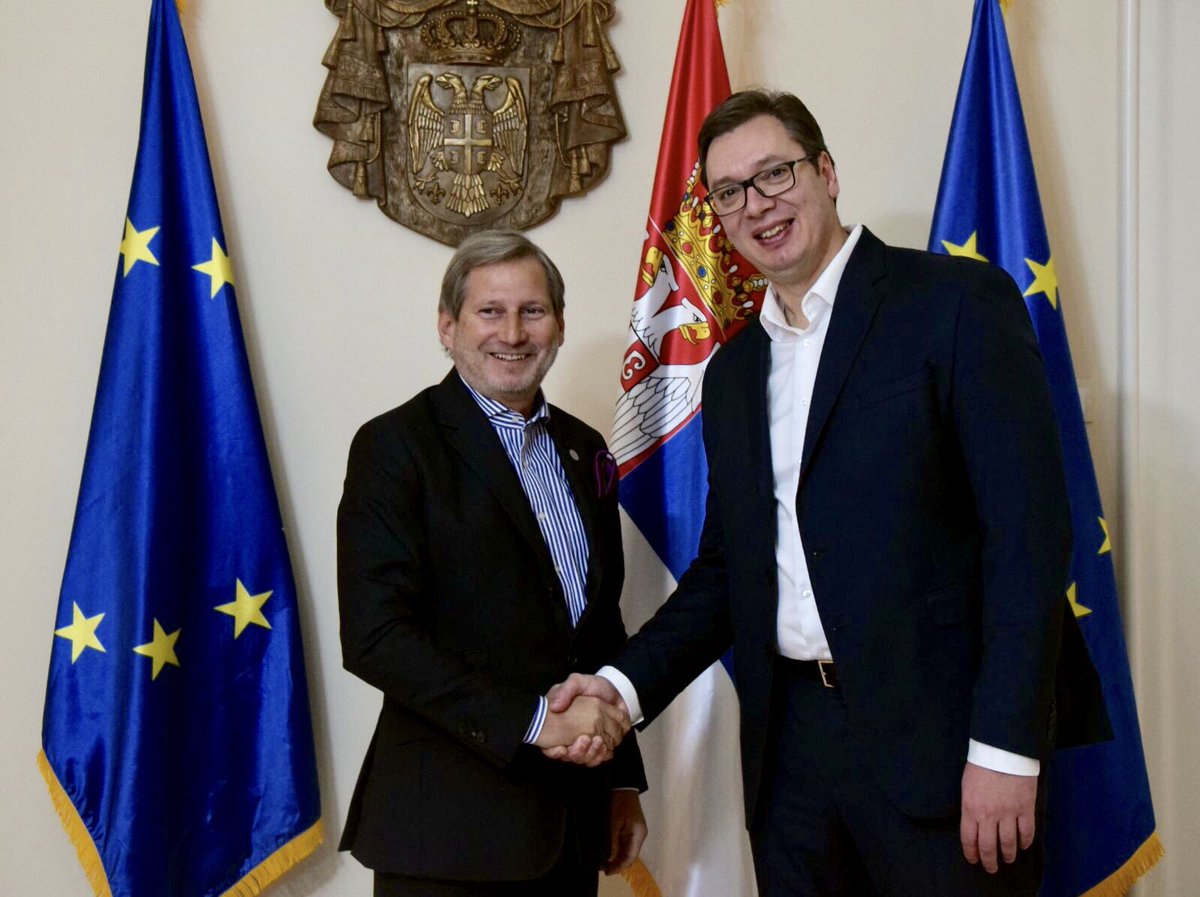 Vučić and Hahn met in Villa Bokeljka to discuss the EU integration process and Serbia’s progress on that path, Tanjug learns.

They noted all countries in the region should use the Bulgarian and Austrian EU presidencies to achieve progress.

Vučić said Serbia would do everything to make a full contribution to maintaining peace and stability in the Balkans.

“Good meeting with President Vučić, discussing accession process of Serbia and enlargement strategy. Further rule of law reforms and dialogue with Kosovo crucial. Internal dialogue on Kosovo shows leadership and courage from those caring today for tomorrow’s better future of Serbia and its people,” Hahn posted on his official Twitter account after the meeting.

Dimitrov: Macedonia and Greece will form working groups for the name negotiations

Pejović in Brussels: 2018 is key for accelerating EU accession process

“Kathimerini”: Next year may be crucial to resolve Macedonia’s name dispute