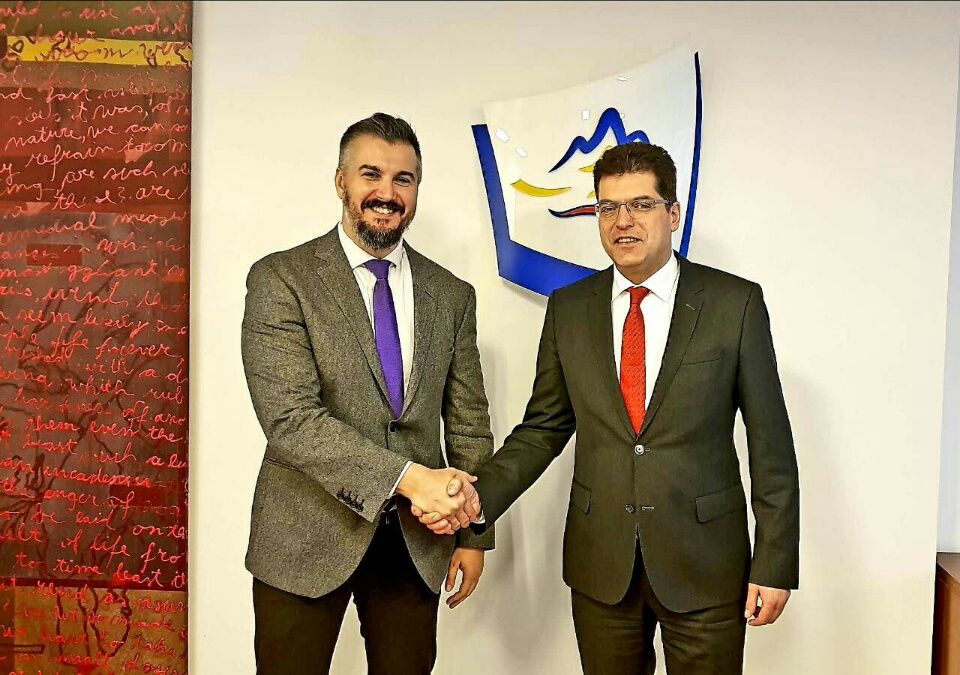 BRUSSELS – Montenegro has achieved a good result in the field of European integration, and the continuation of reforms, especially during 2018, will be crucial for the gradual rounding up of the negotiating process and continued EU enlargement policy, it was assessed during talks that European Affairs Minister of Montenegro Aleksandar Andrija Pejović had in Brussels with the MEPs from Germany and Croatia, Knut Fleckenstein, Biljana Borzan and Željana Zovko.

The officials exchanged views on the situation in the EU and in the region, as well as on the dynamics of the enlargement policy and on Montenegro’s forthcoming commitments in the accession process.

Pejović presented plans during the current Bulgarian and next Austrian Presidency of the EU, pointing out that the Government is determined by the end of its term to intensify the work regarding finalisation of obligations in all chapters, with the focus on the area covered by the rule of law.

In that context, they gave full support to the progress in the reform processes and expressed readiness for closer cooperation and exchange of knowledge and experience with Montenegrin institutions and the negotiating team.

Pejović also met with Director for Strategy and Turkey in the Directorate General for Neighbourhood Policy and Enlargement Negotiations Myriam Ferran and Head of the Unit for Montenegro at the EC General Directorate for Neighbourhood Policy and Enlargement Negotiations Thomas Hagleitner. Montenegro will be ready for the forthcoming new EU enlargement strategy, while continuing to implement reforms; it was assessed at the meetings.

The EC officials have pointed out that Montenegro, based on the results achieved, has recorded a good integration result and has earned the trust and full support of the EC and the Member States in achieving EU membership. They expressed the expectation that, with the continuation of the stated political will to implement the reforms, Montenegro would be ready for the next enlargement and reiterated that EU membership depends solely on the individual achievements of each candidate country, which will certainly be underlined in the new enlargement strategy that will be published in February.

Pejović reiterated the Government’s determination to fulfill all obligations from the negotiation process and open the door to EU membership. In that context, he has briefed his interlocutors on the current developments and the planned activities in several negotiating chapters.

During his visit to Brussels, the Minister had meetings with permanent representatives of Slovenia, Austria and Romania to the EU, Janez Lenarčič, Nikolaus Marschik and Teodora Odobescu, whose countries will take over the presidency of the EU in the second half of 2018 and the first half of 2019, respectivelly. They noted the full support of their countries to Montenegro’s EU integration and welcomed the results achieved by the Montenegrin Government in the negotiation process. It is expected that the February Strategy for the Western Balkans, through clear guidelines that it will provide, will contribute to Montenegro’s swiftly completion of European integration process.

Vučić meets with Hahn in Belgrade

Hoxhaj: Dialogue with Belgrade should have a clear timetable