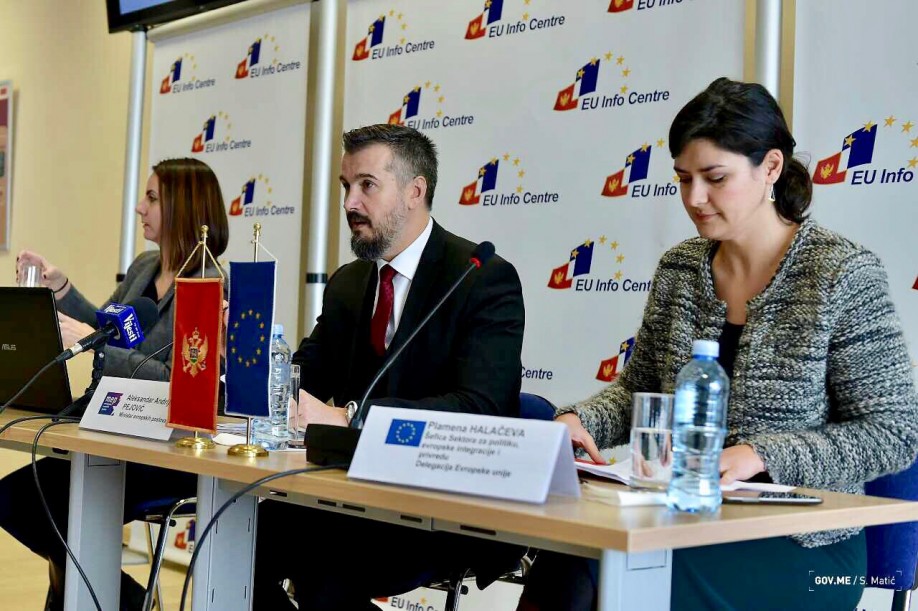 PODGORICA – Almost 81 percent of Montenegrin citizens would have rounded “Yes” on a possible referendum on EU accession. That is the result of a study on the perceptions of the public and the communication of the European integration process. The positive attitude towards the European Union has 63.7% of citizens.

The research has also shown that there is a stable EU support trend in Montenegro.

Pejović also said that in the context of information it is important to explain the pace and rhythm of progress.

“The fact that more than 70 percent of the citizens is informed shows that the activities of the Government, Assembly, Community of Municipalities, NGOs, but also all parts of the society give results and that we have a high level of knowledge about the EU,” Pejović said.

The number of citizens who believe that Montenegro shall become part of the European Union, regardless of their opinion, has increased to 69.4%.

Nearly half of the citizens (46.7%) believes that the European Union is the largest donor to Montenegro.

The reasons that citizens cite as the motivation for supporting Montenegro’s entry into the EU are: stability, better quality of life and the possibility of travelling. On the other side, those who do not support the entry say the main reasons are the crisis in the EU and the refugee crisis.

Citizens positively perceive the influence of the European Union, and 63.9% believe that EU support is a positive factor, while 29.7% of the population sees it as a negative factor. In this respect, the number of citizens who believe that Montenegro would benefit from entering the European Union (58.5%) is 3.5 times higher than those who think it would be harmful (17.3%).