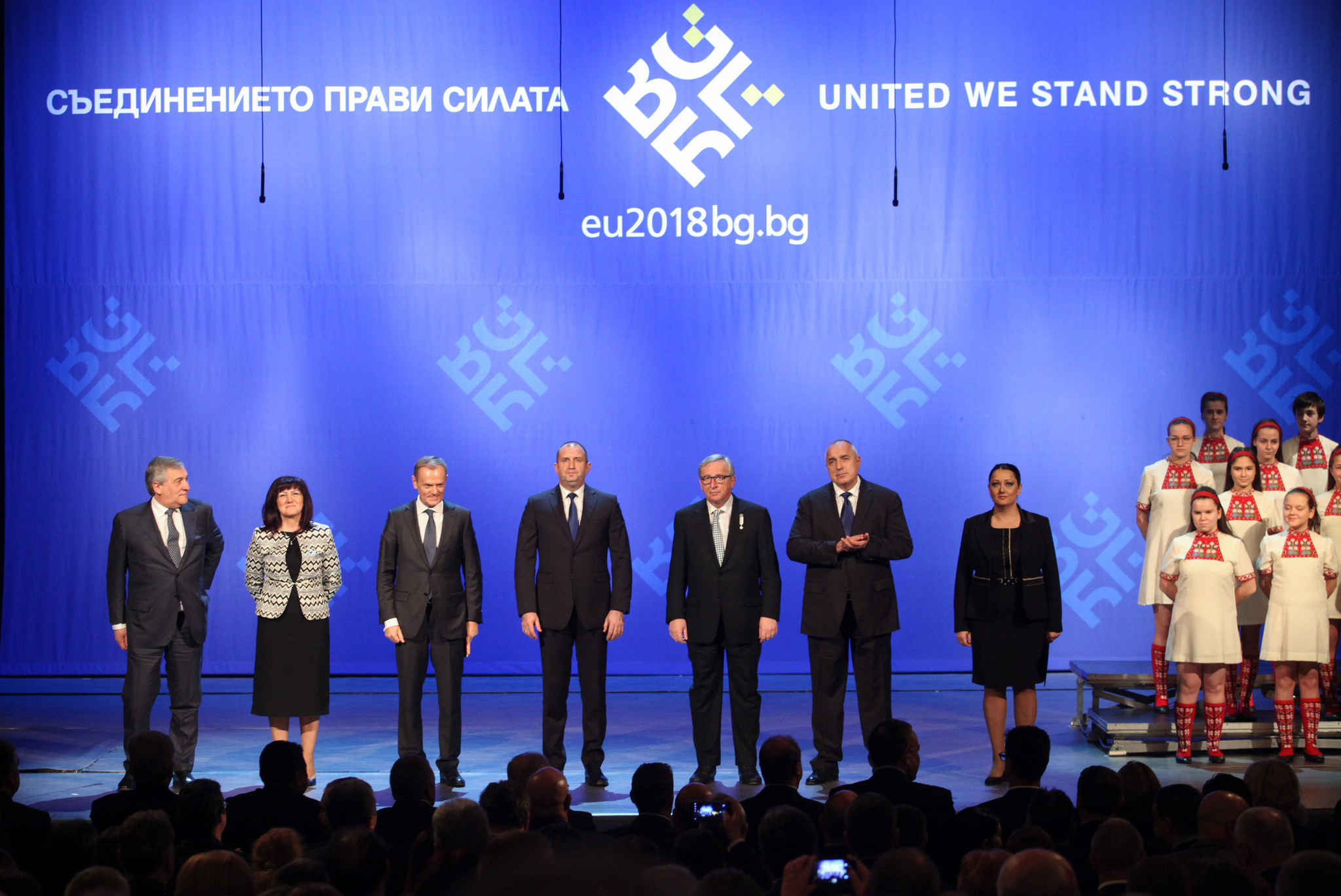 “United we stand strong” is the motto of Bulgarian first EU Presidency, which reflects the idea of the European project and attempts to bring the core EU values back to the hotspot. However, all the ambitious performances and pledges notwithstanding, the manifold challenges the EU member state faces will most probably becloud the initial optimism.

Bulgaria stepped out with four priorities for its Presidency of the Council of the European Union:

• Economic growth and social cohesion, including the debate on the new Multiannual Financial Framework, future Cohesion, and Common Agricultural Policy, and a deeper Economic and the Monetary Union

• European perspective and connectivity of the Western Balkans, reflecting the Bulgarian Presidency’s ambition to be a Balkan Presidency.

• Security and stability of Europe, thus focusing on migration, security of EU citizens, cybersecurity, and consolidation of the Union’s role as a strong global actor on the international scene.
The current Bulgarian Presidency will attempt to play “a pro-active role for the practical implementation of the Permanent Structured Cooperation (PESCO) for reinforcing European security and defence”, according to its Programme.

Focus on the Western Balkans

The Western Balkans in placed very high on the agenda of the current Presidency. Already in 2017, Bulgarian officials stepped out with pledges and proposals on how to help the countries in the region advance in their individual accession processes.

“Delivering a tangible European perspective for the Western Balkans including a dialogue, based on fulfilment of the conditions and the principle of own merit, political will and decisive reforms by these countries, is key not only for the region but for the European Union as a whole”, the Programme says.

A key priority of the current Presidency will be the EU Enlargement Policy, which is continuously seen as the “most effective instrument for guaranteeing peace, stability, and prosperity in the Western Balkans”.

Bulgarian officials both in Bulgaria and in the EU have so far reiterated their willingness to promote and facilitate the efforts the countries in the region have so far made and will have to make in the foreseeable future. Lilyana Pavlova, the minister responsible for Bulgaria’s EU presidency, told Reuters that the “integration is a natural process“, which “needs to continue and now is the time if we don’t want to miss the moment“.

“The peace, the calm, the stability and the future of Europe pass through the Western Balkans. The European project will not be complete without them,” said Pavlova.

Bulgarian Foreign Minister, Ekaterina Zaharieva called on all the Western Balkan countries to show “reform hunger rather than reform fatigue, EUobserver reports. In return, the EU shall “show that if and when they’re ready with the pre-accession conditions, the door will be open,” she added.

In addition, of major importance for the Presidency will be the deepening of regional cooperation and developing good neighbourly relations with the emphasis on connectivity. Bulgaria aims to push for more projects to provide connectivity (e.g. transportation, energy, education, lower roaming charges, etc.).

However, most of the attention has been drawn towards the EU-Western Balkans Summit due to take place on 17 May 2017, which is seen as a centre-piece of the Bulgarian Presidency.

Fifteen years after the Thessaloniki Summit, the Summit in Sofia shall demonstrate to the WB leaders that the EU indeed is in favour to the enlargement in the Western Balkans.

“If the Summit is to become a success it needs to kick-start a new process of strengthening incentives for successful reforms while being strict and clear on red lines (e.g. in terms of media freedoms, rule of law, widespread democracy and reform faking practices),” notes Vedran Džihić, Senior Researcher at the Austrian Institute for International Affairs.

However, Bulgaria certainly cannot be a role model which the countries of the region shall follow, as it itself is faced with some of the issues the candidates cope with – shortcomings in the rule of law, an independent judiciary, media freedoms and a widespread corruption.

The official ceremony marking the beginning of Bulgarian presidency took place amid protests of thousands of people against plans to expand a ski resort in one of the country’s national parks. The outburst was also directed to Bulgaria’s chronic corruption problems.

According to Transparency International (TI), Bulgaria is one of the most corrupt countries in the EU.

“Corruption remains the universal explanation for all the problems in Bulgaria,” said Anthony Galabov, a political scientist who works with TI, as reported by EUobserver.

He added that corruption was “developed in a network”, which makes it “very difficult to have an idea of its scale.”

It remains thus to be seen whether Bulgaria will fulfil its pledges while battling its domestic problems.

Pacolli requests the support of European Parliament for visa liberalization