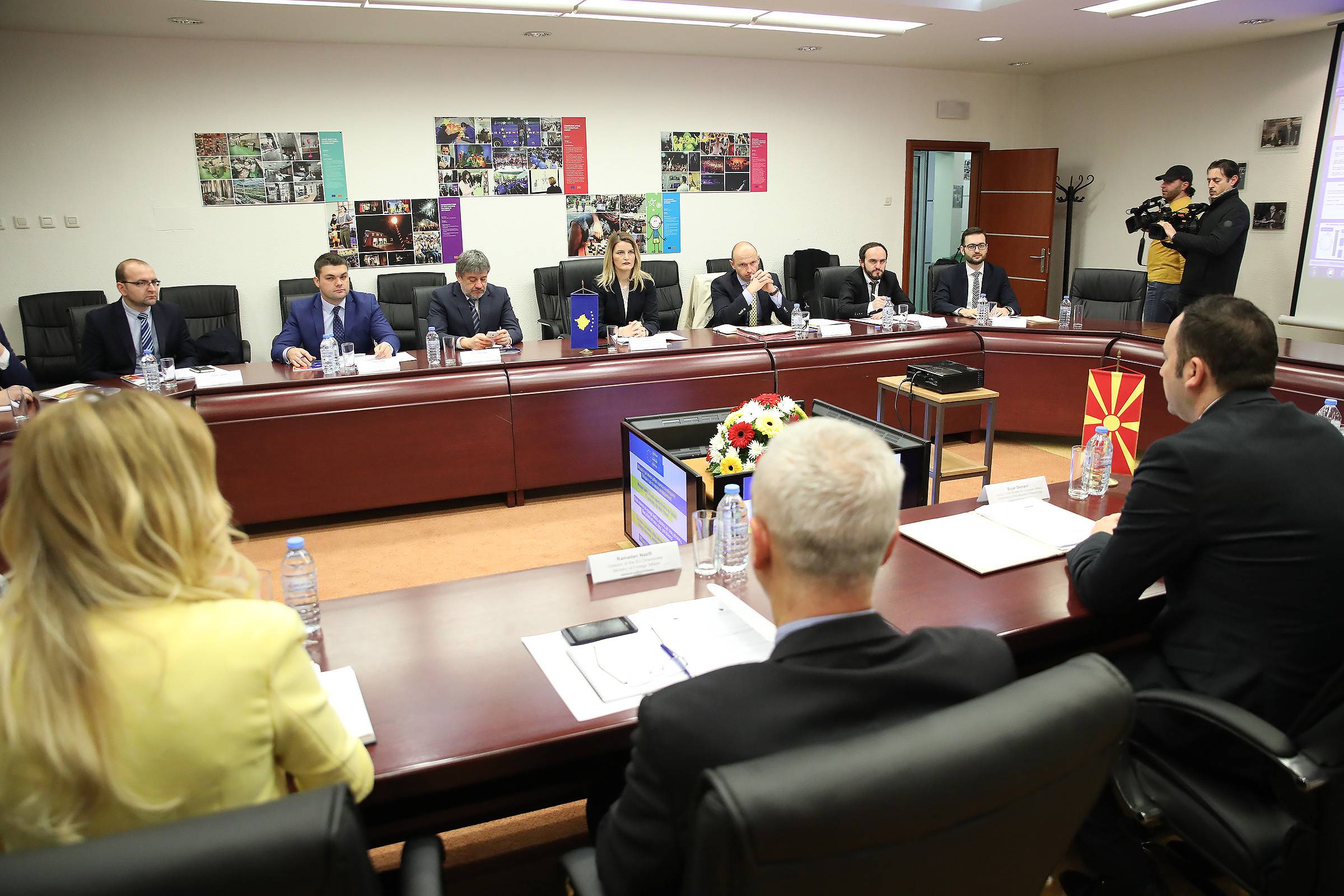 Hoxha and Osmani; Photo: Ministry of European Integration of Kosovo

PRISTINA – Kosovo and Macedonia have to be included in enlargement plans, it was concluded by Minister for European Integration of Kosovo, Dhurata Hoxha and Bujar Osmani, Deputy Prime Minister of the Government of Macedonia, responsible for European Affairs.

Before the meeting, Hoxha emphasized that this joint meeting will reaffirm common readiness and commitment, of Kosovo and Macedonia, for common path towards common values within the integration processes, within European integrations.

“I am honoured that today, together with the Deputy Prime Minister Osmani, we will deepen the cooperation, align and coordinate the facilitations to each other, the integration process”, stressed Hoxha.

“We are committed to implementing the objectives of our countries and our citizens for the integration process. Together, the challenges of the processes through which our countries are going, are more easily achievable. However, we are determined to our path, integration processes, being part of Europe, integrated within European values and achievements,” stated Minister Hoxha.

“In addition to the close bilateral relations, Macedonia and Kosovo have the same Euro-Atlantic orientation. Both countries are small countries without sea access, whose progress depends on successful regional cooperation, as well as integration in large systems such as the European Union and NATO, “Osmani said.

EU is considering suspending support to the BiH judiciary