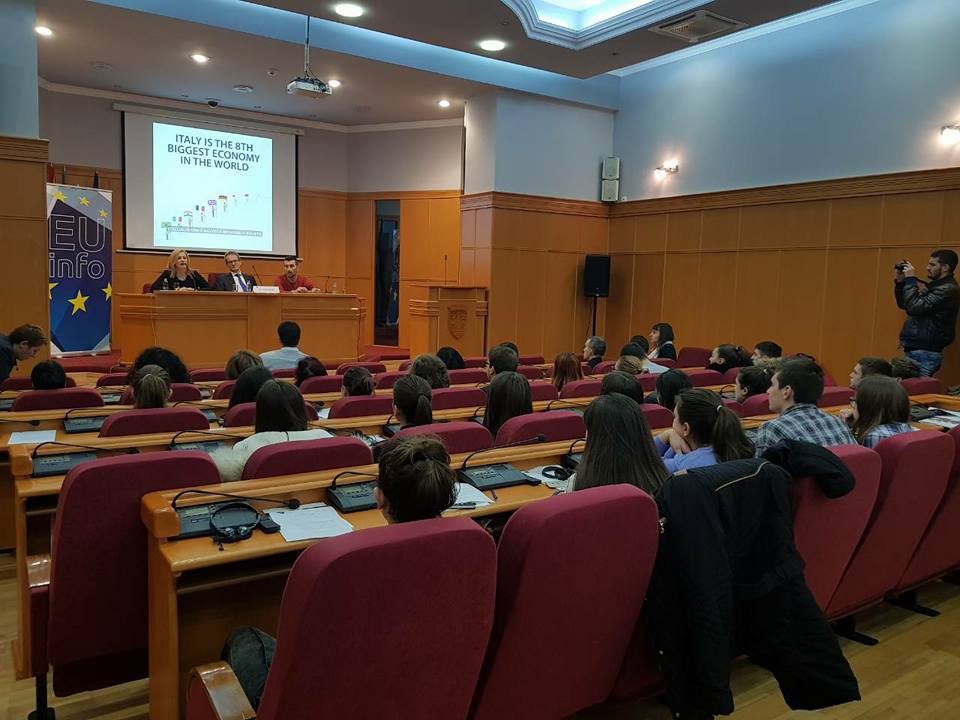 SARAJEVO – Peace and stability, progress and freedom of movement are three basic advantages of the EU membership, Ambassador of the Netherlands to Bosnia and Herzegovina Reinout Caspar Vos said during the meeting with youth from Trebinje, Ljubinje, Nevesinje, Bileća and Mostar.

The Ambassador met with more than 70 high school and university students, NGO and youth organizations’ representatives on 17 January in Trebinje.

“The Netherlands is just like BiH, a small country. It is especially important for small countries to become EU members because of the possibility to live and work in any of the EU member country and because of free trade and free movement that comes with open borders”, Vos said.

The participants pointed to corruption and social injustice as the main obstacles for young people to find jobs, pushing some of them to leave the country.

The young people wanted to know if their peers in Netherlands have similar problems when it comes to finding a job and building a future. Responding to their questions Ambassador said that corruption is a universal problem and its reduction is a challenge.

“BiH’s EU integration process and later EU membership could help the country to tackle the corruption, as transparency and rule of law would be increased”, he said.

They all agreed that new investments could provide better conditions for their future in the country. Ambassador Vos explained that the European Union, and hence the Netherlands, has been investing in Bosnia and Herzegovina for a long time already, through the large number of projects, grants and cooperation which will remain available to assist BiH on its road to European integration.

Direct and open discussions with diplomats are one of the best ways for BiH citizens to understand the policies and programs of the European Union.

EU Info Centre continues with open talks with EU Member States ambassadors in the coming months. French and Slovenian ambassadors will visit Šipovo on 6 February, Derventa will host ambassadors of UK and Czech Republic on 20 April while Swedish ambassador will visit Zvornik on 31 May.

Tajani to visit Serbia on Wednesday

FES: Pandemic causes further centralisation of power and political polarisation in the WB