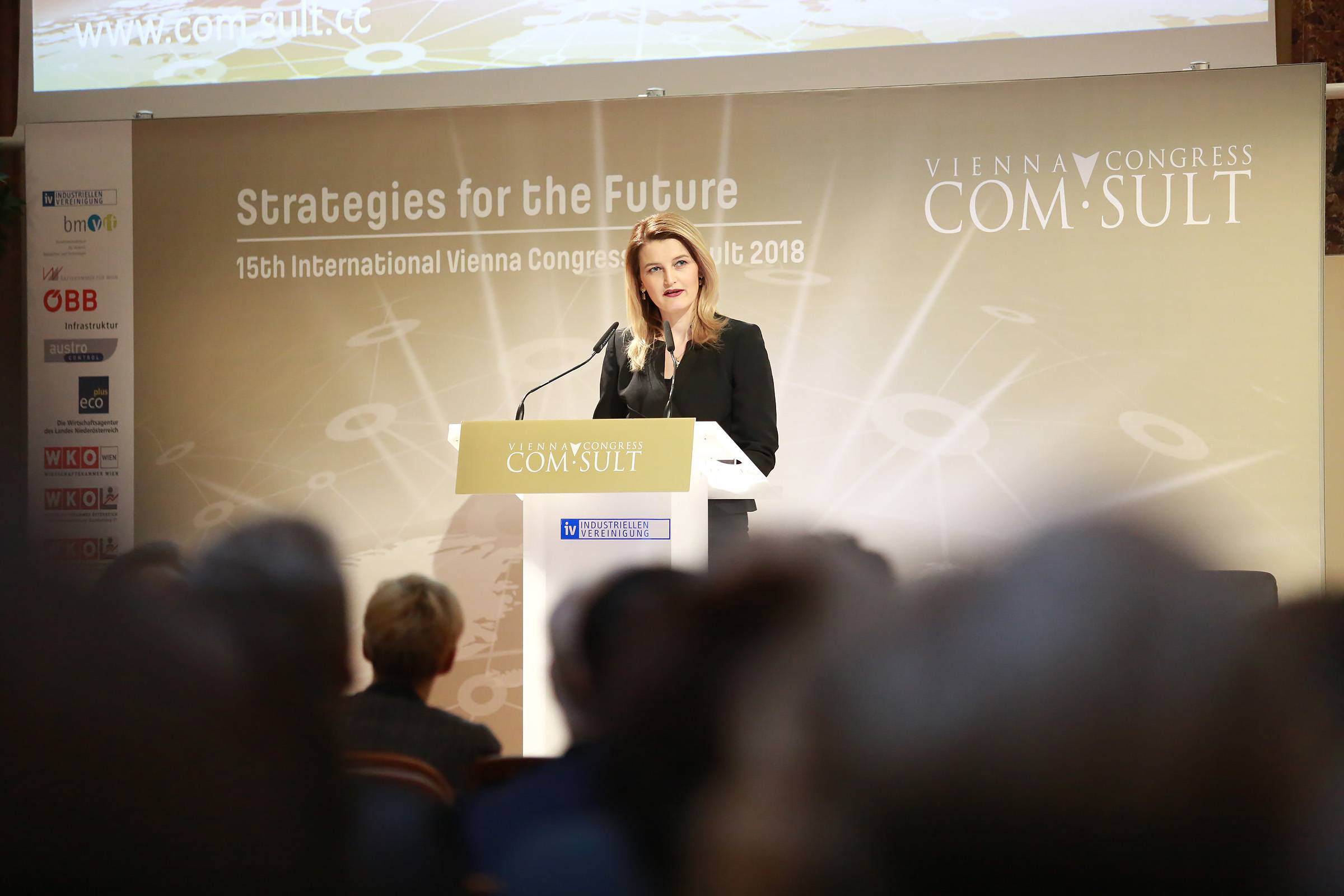 VIENNA – The Minister of European Integration, Dhurata Hoxha, in the two-day international conference held in Vienna, dedicated to the Strategy on the future of Europe, organized under the auspices of the Prime Minister of Austria with the motto “Go West – Western Balkan”, has emphasised that European integration process remains one of key goals of the foreign policy of the Republic of Kosovo, along with continuation of democratic consolidation, improving rule of law, respecting human rights and establishing a functional market economy.

“I firmly believe that EU institutions will make the European perspective for our country, as well as for the entire region, a dynamic, concrete and attainable perspective” stated Minister Hoxha, adding that as far as Kosovo is concerned its path is clear, namely EU membership, believing that the European Union should focus its foreign policy on the enlargement process.

“EU’s enlargement policy should be considered as a mechanism for making the EU family fuller and more viable. Our expectations are that EU institutions will set a clear path for Kosovo, and other Western Balkan countries, toward the EU perspective. At this phase, I consider that unity is more important than ever before,” added  Hoha.

“Allow me to emphasise the commitment of the Government of Kosovo to all processes related to the European Agenda, including increased dynamics in implementing the Stabilisation and Association Agreement, completion of the visa liberalisation process and enabling free travel of Kosovo citizens to European Union states”, said Minister Hoxha.

In this international conference, Minister Hoxha is attending in the capacity of panel member in the roundtables and workshop dedicated to the Strategy on the future of European Union and enlargement perspective for Western Balkan countries.