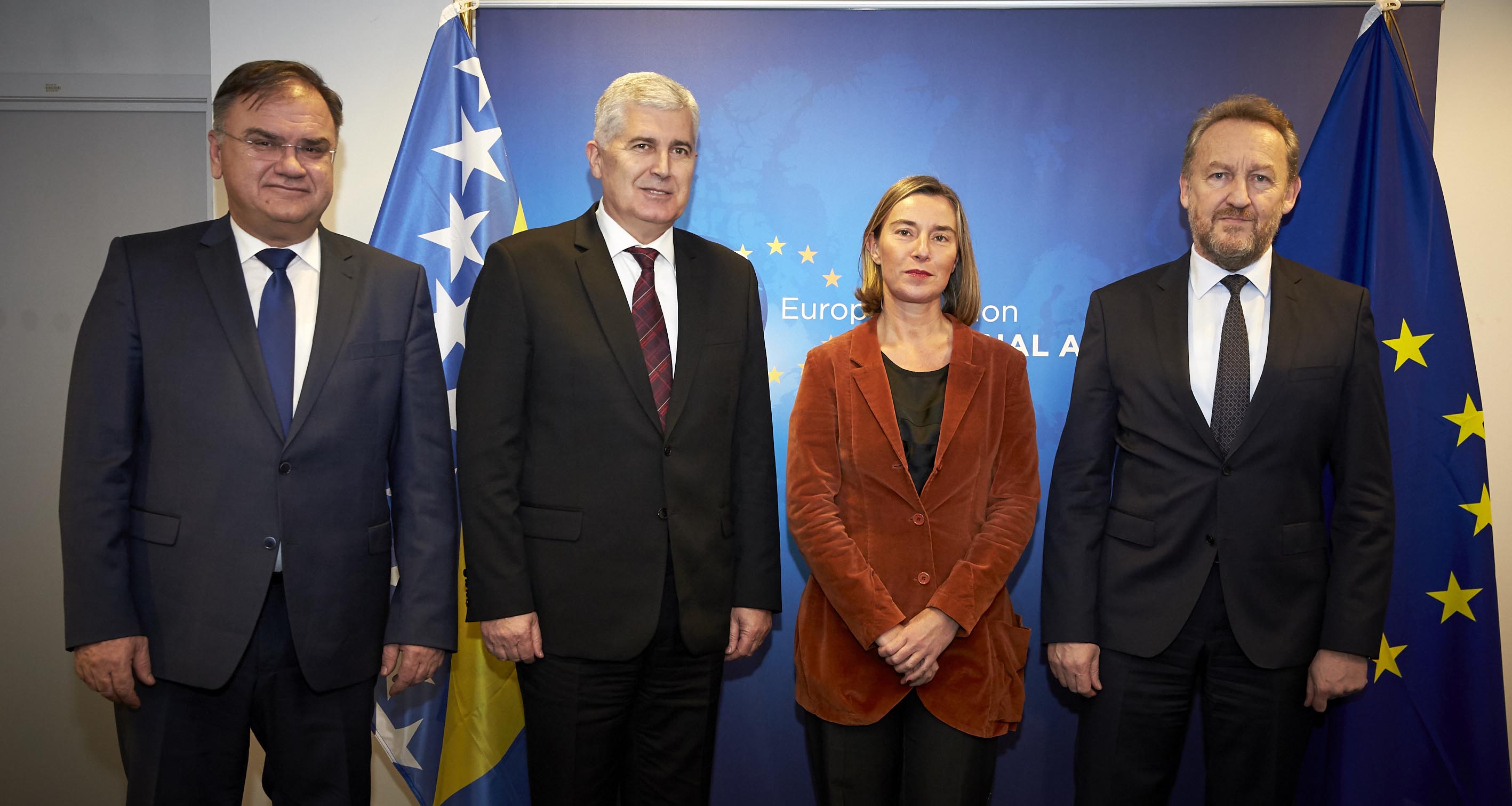 BRUSSELS – Federica Mogherini, High Representative for Foreign Affairs and Security Policy/Vice-President of the European Commission, met today in Brussels with the Presidency of Bosnia and Herzegovina, Dragan Čović, Mladen Ivanić and Bakir Izetbegović to exchange views on the political situation in the country and its European Union integration path.

The High Representative and the Presidency members discussed the upcoming Strategy on the Western Balkans and the immediate priorities ahead of the BiH authorities, in particular the completion of the answers to the questionnaire, as well as ensuring the continued and effective implementation of the Reform Agenda, including on Rule of Law.

“Reforms need to be transformative for Bosnia and Herzegovina to progress on the EU integration path. This is also something that the people of the country and the EU Member States demand and expect,” it is stated.

High Representative Mogherini also underlined that it is on the political parties of Bosnia and Herzegovina to address electoral reform without further delay to ensure that this year’s general elections are held and implemented according to international and European standards.

She also reiterated her determination to support all Western Balkans partners, including BiH, in taking concrete and irreversible steps forward on their European Union integration path.