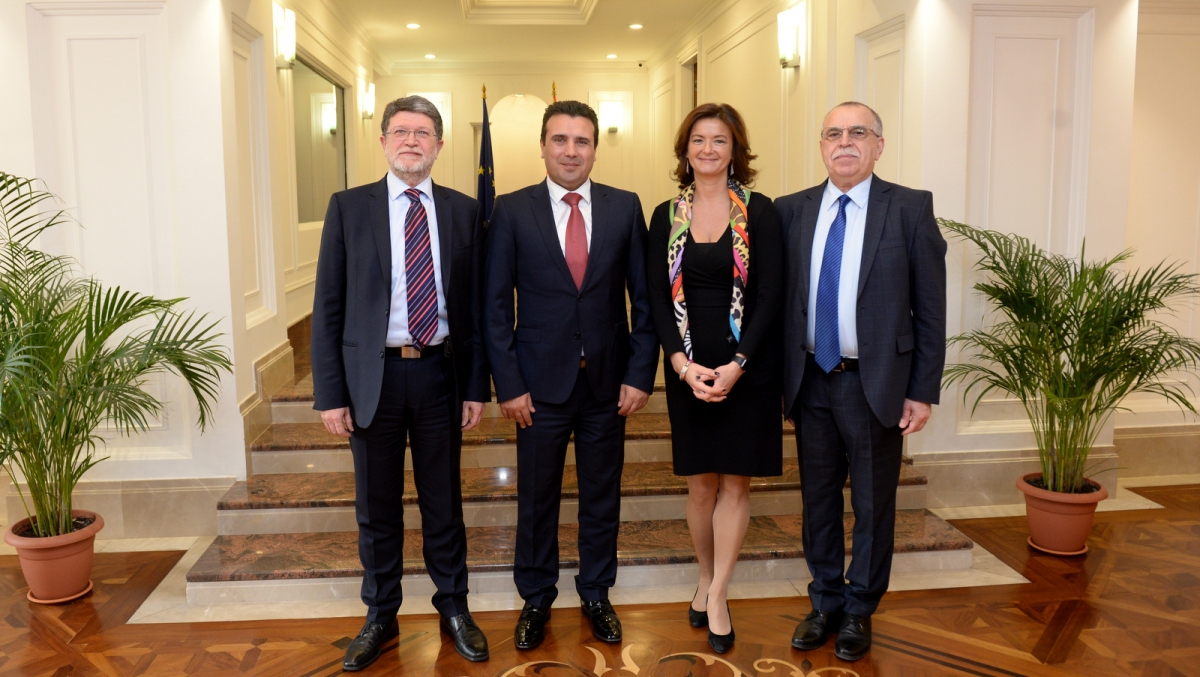 Zaev with Fajon, Picula and Boştinaru; Photo: Government of Macedonia

SKOPJE – The Prime Minister of Macedonia, Zoran Zaev, met with the Members of the European Parliament: Victor Boştinaru, Tanja Fajon and Tonino Picula.

MEPs exiplained that their visit to Macedonia represent their unreserved support to the Euro-integration process of Macedonia. They expressed encouragement to Prime Minister Zaev, the Government and all political and social stakeholders in Macedonia to resolve the issues that are in the way of this important goal for Macedonia.

They have also assessed the successful reform process in the country in the past few months, following the overcoming of the political crisis, and welcomed the integration policies of Prime Minister Zaev and the Government for building a society for all that is in line with European values. Also, it was concluded that for Macedonia, integration into NATO is important, which guarantees stability.

“We have achieved two-thirds of the reform plan 3-6-9, and we also conduct friendship policies both at home and in the regional framework. Our expectations are that such steps of the Government lead to the elimination of the conditionality of the recommendation for starting negotiations with Macedonia, and soon we will get a date for start of the negotiations,” Prime Minister Zaev said.

He added that today’s meeting with MEP Boştinaru, Fajon and Picula is a significant message and confirmation that the citizens of Macedonia have supporters in Europe achieving the strategic goals that lead to progress.

At the meeting, it was noted that the friendly policies of Prime Minister Zaev and the Government of Macedonia made the country a leader of the positive processes in the region and that this wind of opportunity, for Macedonia and the whole region  should be used.