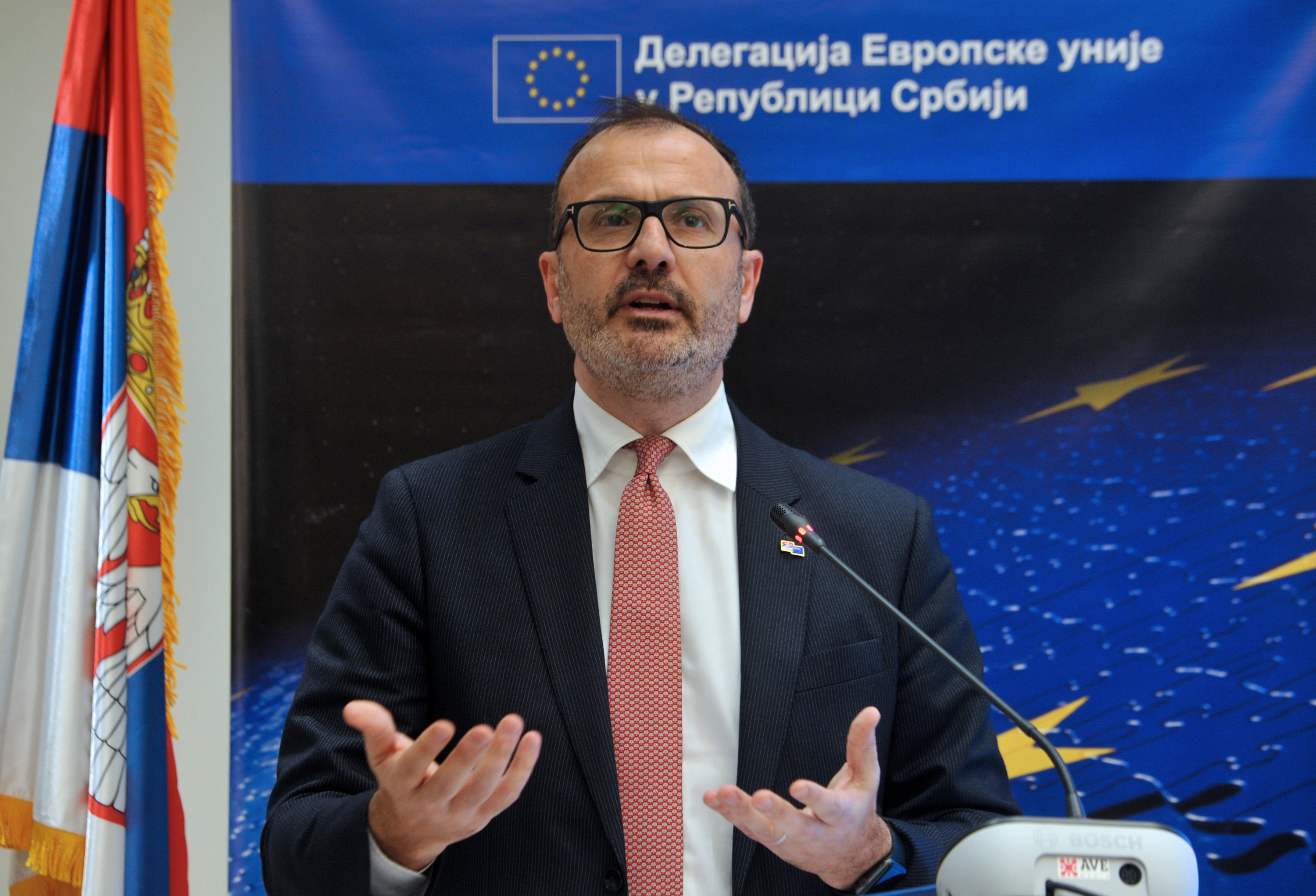 BELGRADE – For Brussels, Serbia is not a problem in the issue of Kosovo, but a part of the solution, Head of the EU Delegation to Serbia Sem Fabrizi told a press conference in Belgrade after the adoption of the EU’s new enlargement strategy on Tuesday.

When asked by a reporter to comment on claims the Kosovo issue had “blackmail potential” and whether Serbia was a partner or a problem for the EU in this regard, Fabrizi responded:

“We are not talking about blackmailing.”

We are talking about dialogue between two sides that are communicating, and we are the ones who should facilitate it, he said.

We see Serbia not as a problem but as a part of the solution that will strengthen the EU, he said.

Marković on EC strategy for Western Balkans: Montenegro could join EU before 2025