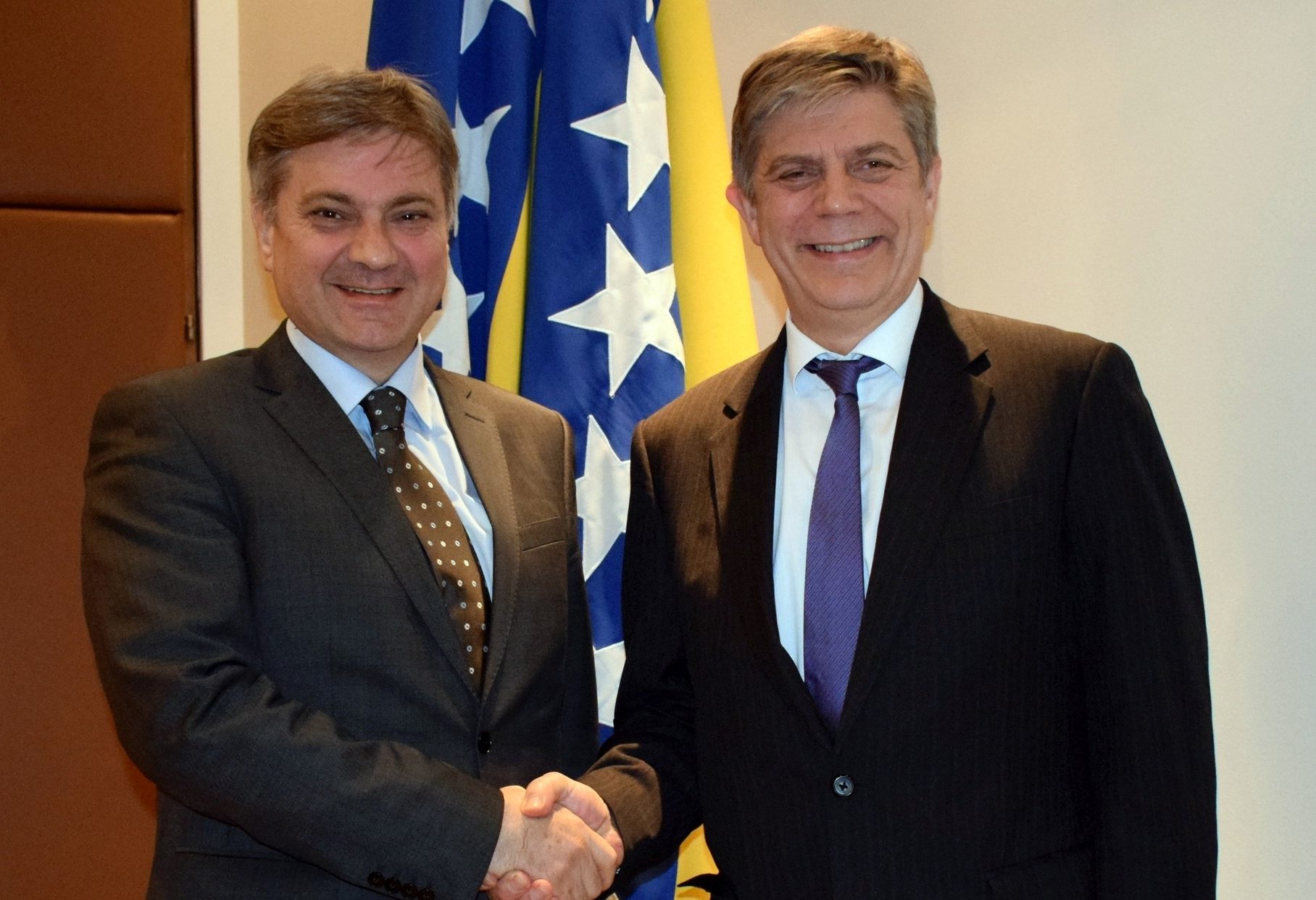 Zvizdić and Wigemark; Photo: Council of Ministers of Bosnia and Herzegovina

SARAJEVO – Chairman of the Council of Ministers of BIH Dr Denis Zvizdić received Head of the European Union Delegation in BIH Lars-Gunnar Wigemark, who informed him of the contents of European Union Western Balkans Enlargement Strategy.

Ambassador Wigemark said the Strategy plan will be presented to the European Parliament tomorrow by European Union High Representative for Foreign Policy and Security Federica Mogherini and European Commissioner for Enlargement Johannes Hahn. He added that the Strategy represents a document showing a strong dedication of the European Union for enlargement to the Western Balkans countries. He said in the action plan of measures and projects will strengthen the countries currently under the enlargement process and that these projects will include strengthening of the rule of law, forging of security and migration-related measures, support socio-economic development, including infrastructural and energy connectedness, digital agenda for the Western Balkans, and will foster reconciliation and good neighbourly relations.

He emphasised that the new Strategy provides for a possibility that all countries of the Western Balkans have, right upon fulfilling required conditions, the access to the European Union membership. Ambassador Wigemark announced a visit by Jean Claude Juncker, President of the European Commission, to Bosnia and Herzegovina in end February.

Montenegro makes most notable progress in EU accession, its European perspective is unquestionable