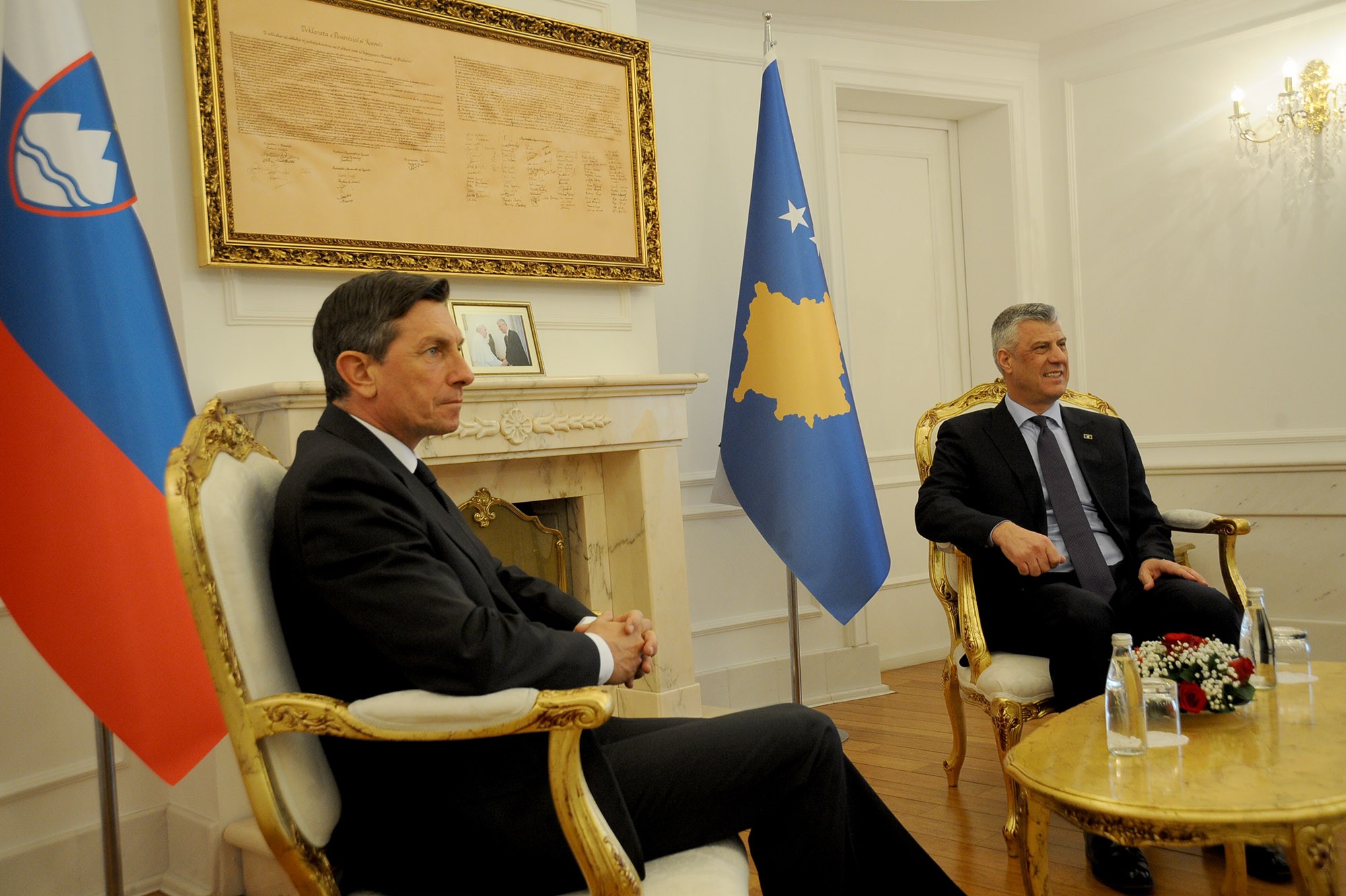 Pahor and Thaçi; Photo: Kabinet of the President of Kosovo

PRISTINA – Slovenian President Borut Pahor has called on Kosovo to ratify the demarcation agreement with Montenegro as soon as possible and to respect the agreements that are in line with Serbia during the negotiations mediated by the EU.

At a press conference after meeting with Kosovo President Hashim Thaçi , Pahor called for the ratification of the border demarcation agreement with Montenegro.

“Kosovo has built excellent relations with all its neighbors, with Macedonia, with Albania and with Montenegro, has welcomed Montenegro’s membership in NATO as the best message for peace in the region and of the Euro-Atlantic spirit”, continued President Thaçi.

Regarding the issue of the demarcation, Thaçi said that this problematic belongs to Kosovo, the agreement is right.

“Between Kosovo and Montenegro, our reports are of mutual interest, are excellent, strategic. We are also working with Serbia to implement all the agreements reached in Brussels. Also during this year to reach the other historical agreement, the final one, that would mean the full normalization of relations and reconciliation between our two countries as a prerequisite for European integration”, added Thaçi.

“We will continue to play an active part in the fight against terrorism and all extremism as well, and of course we will face our challenges together in the European spirit. We have welcomed President Junker’s strategy for the Western Balkan countries. Of course, Kosovo has expected a little more clarity, but Kosovo will also fulfill its obligations with regard to the issue of the demarcation in a short time, I hope in this regard and we are working intensively. Also with regard to the establishment of the association of Serb-majority municipalities”, he said.

Meeting of Nimetz, Kotzias and Dimitrov

Hahn strongly condemns use of teargas in Kosovo Assembly