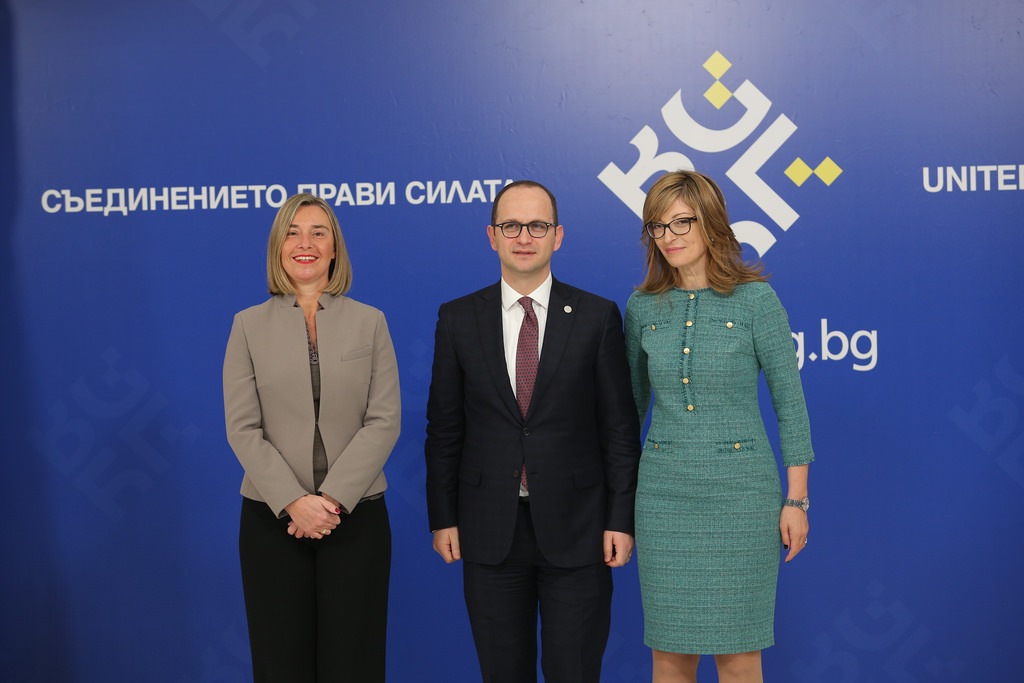 SOFIA – Minister for Europe and Foreign Affairs of Albania, Ditmir Bushati, at the invitation of EU High Representative for Foreign and Security Policy, Federica Mogherini and Deputy Prime Minister and Minister of Foreign Affairs of Bulgaria, Ekaterina Zaharieva, attended the meeting of EU Foreign Ministers , which took place in Sofia.

Bushati highlighted the measures and achievements of Albania in preventing and combating violent extremism, and underlined the continued support and full alignment of Albania with EU policy to address security challenges.

The chief of Albanian diplomacy reiterated the need for an increased EU presence in the Western Balkans, in the framework of a strengthened partnership in tackling common challenges.

Bushati also underlined the importance of economic development and the provision of employment opportunities for young people as the most effective instruments for preventing the spread of extremist ideology. In this context, the Minister stressed the need to narrow the economic development gap between EU countries and our region through financial instruments of the EU enlargement process, in pursuit of the European Commission Communication on enlargement prospect for Western Balkans countries.

During a brief interview, shortly after his arrival in Sofia, Minister Bushati stated that, although he would have liked the European Commission’s Enlargement Strategy to be more detailed on the steps to be taken by the candidate countries, it is a good step and in the right direction, especially after the difficult years that this process has faced. The Minister reiterated his wish to work with the Commission and member states to define the six major initiatives that would bring our country closer to the EU.