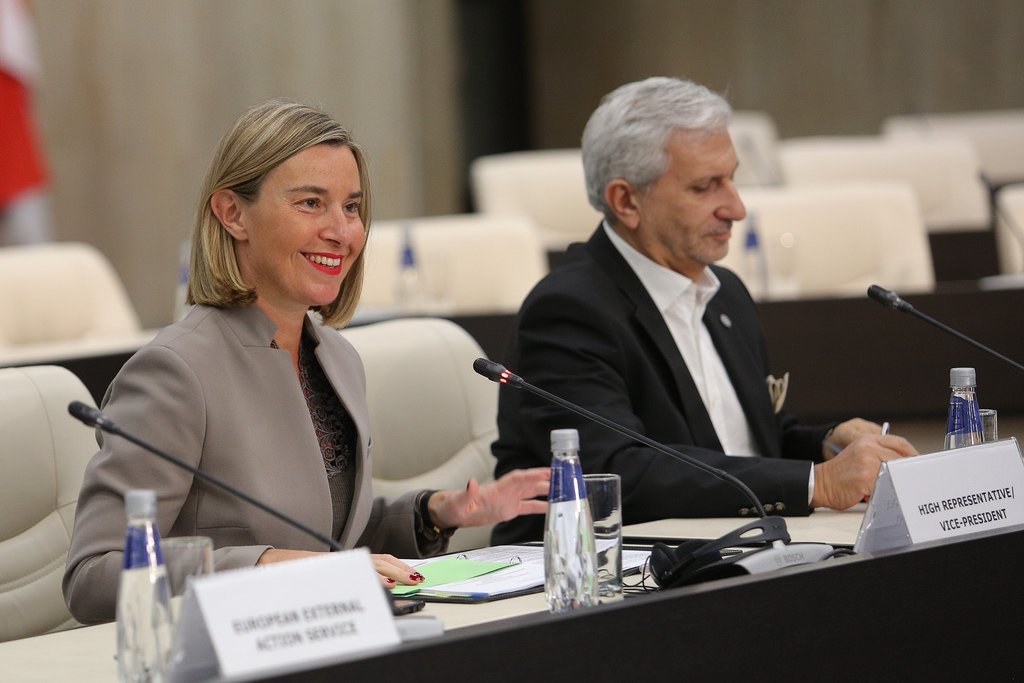 SOFIA – EU foreign policy and security chief Federica Mogherini expects Belgrade and Pristina to reach a legally binding agreement on normalisation of relations by the end of next year, having already entered discussions on the issue.

Speaking at a meeting of EU foreign ministers in Sofia on Friday, Mogherini said she was “realistically optimistic” about the perspective that this could bring results by the “end of our mandate, which is the end of 2019.”

She said she saw clearly the determination of Belgrade and Pristina and, especially, the two presidents.

“They have entered discussions on a legally binding agreement that would tackle the issue of normalisation of relations in a comprehensive manner, and that would definitely be a qualitative change in the situation of both sides, but also of the region,” she said.

Bushati: The Strategy is a step in the right direction