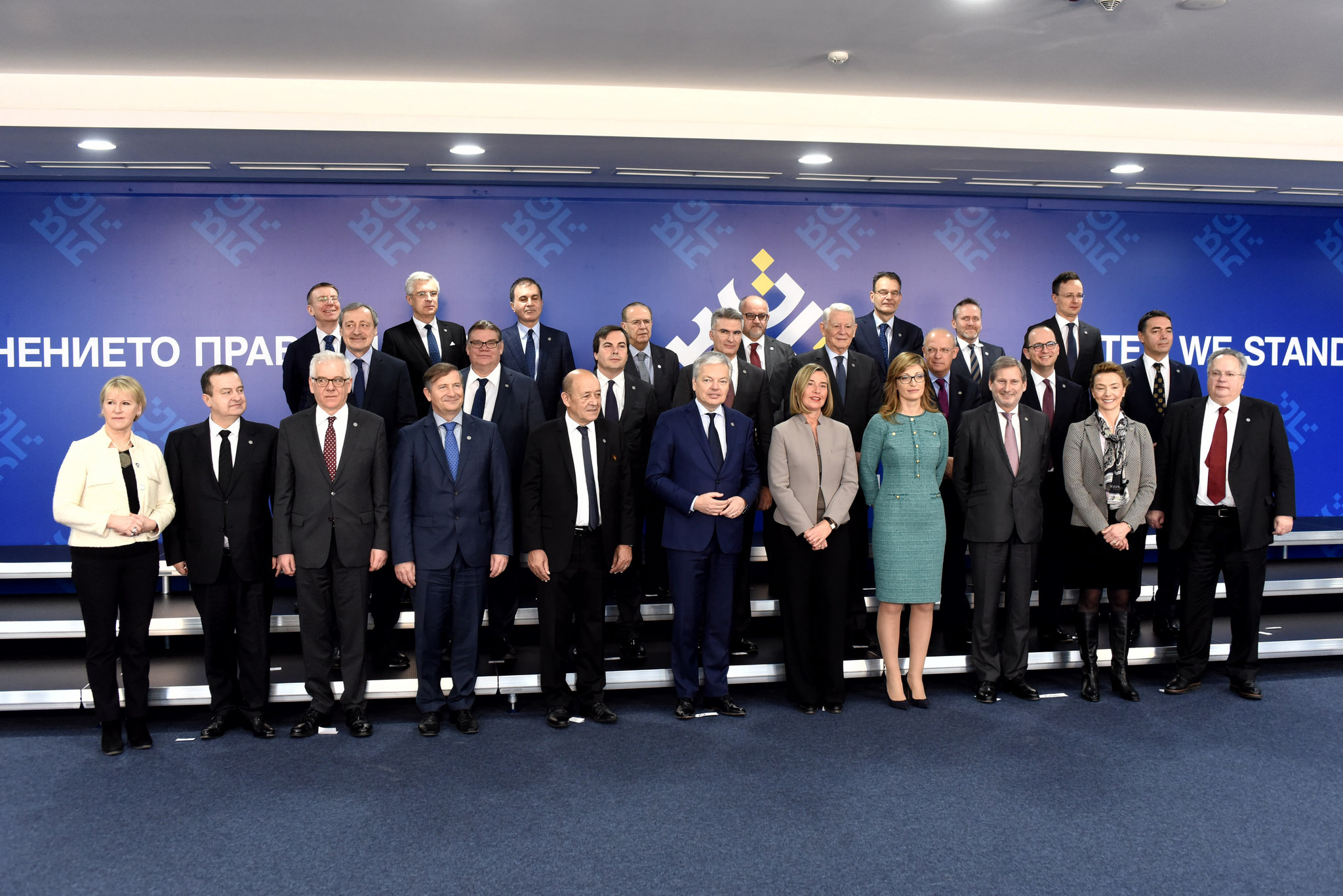 SOFIA – Meeting informally in Sofia, EU foreign ministers discussed the newly proposed Strategy for the Western Balkans for the first time, the ways of strengthening the EU perspective of the region and preparations of the EU – Western Balkans Summit in Sofia. The European Union and the Western Balkans have a common interest in working more strongly together, to guarantee both the citizens of the EU and the region the economic and social development as well as security.

“This was the first opportunity for the foreign ministers of 28 Member States to discuss the Western Balkans Strategy we presented in February”, EU High Representative Federica Mogherini said following the meeting. “We had a very positive discussion where I saw a clear unity of purpose in support of the work we are doing together with the Bulgarian Presidency to guarantee the perspective of a common future inside the EU with our partners in the region.”

Under the Bulgarian presidency we have a window of opportunity to move forward with the entire region, Mogherini stressed.

Federica Mogherini remarked on the positive and productive exchange with the candidate countries present  – Albania, Macedonia, Montenegro, Serbia as well as Turkey – highlighting in particular the common work of the EU and these countries on the common challenges we share in the field of security, such as fighting radicalisation, as well as common work in the framework of EU missions and operations.

“This shows that even complicated issues can move forward. Not only do we welcome all efforts in the spirit of good neighbourly relations, but we are also ready to support the full implementation of this agreement”, Mogherini said. The High Representative also highlighted the importance of comprehensive normalisation of relations between Serbia and Kosovo.

The European Commission reaffirmed the European future of the region as a geostrategic investment in a stable, strong and united Europe based on common values by adopting the strategy for ‘A credible enlargement perspective for and enhanced EU engagement with the Western Balkans‘ on 6 February 2018. The Strategy spells out the priorities and areas of joint reinforced cooperation, addressing the specific challenges the Western Balkans face, in particular the need for fundamental reforms and good neighbourly relations.

COVID certificates of N. Macedonia accepted in the EU, process for other WB countries ongoing