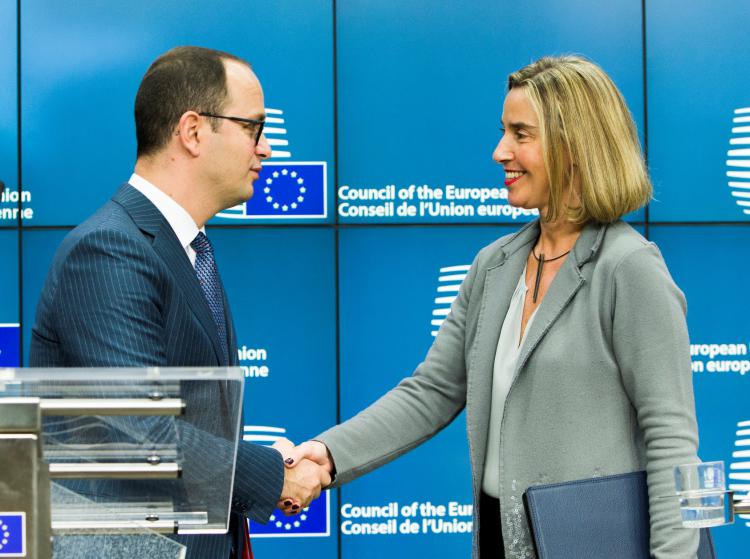 TIRANA – Albania expects the European Commission to recommend that the European Union member states open the membership talks in April, also based on the 2016 recommendation.

In his opening speech at the conference of European integration and negotiations academy, AIEN, the Minister for Europe and Foreign Affairs of Albania, Ditmir Bushati said 2018 is an excellent opportunity for a possible decision on the formal membership negotiations.

Bushati renewed Albanian government’s expectations of starting the accession negotiations with the EU within this year.

In this process – he went on saying – the government needs to build clear communication and consultation channels with civil society stakeholders.

“The enlargement strategy represents a positive step, also in terms of individual merit-based evaluation of each six Western Balkan countries. We believe that the European Commission will recommend in April that the EU open the membership talks with Albania, also based on 2016 recommendation,” Foreign Minister said.

Speaking about the ongoing negotiations with Greece, FM Bushati noted that government is the main actor to negotiate on behalf of Albania.

Zaev: Name resolution by July, after which we will become a NATO member