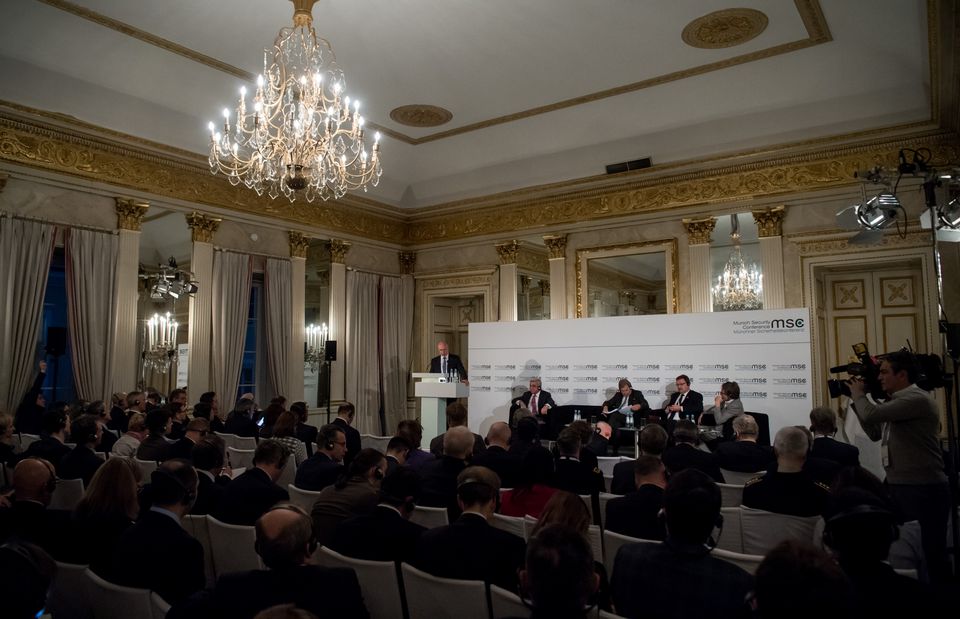 The Munich Security Conference, the place where the world leaders meet and discuss burning issues, was held last weekend in a boiling atmosphere. As usual, the conference gathered politicians, military chiefs, CEOs and human rights campaigners who debated for three days on the international defence and security and answering questions if the world could deal with the geopolitical tensions that have been rising in last years.

This year’s motto ‘To the brink – and back?’, at the same time seemed as a description of the current state of international security, but also as the rhetoric question if this year will be a year when some of the issues might be solved or even escalated. But, this year’s conference proved that there has to be done a lot more in order to move away from the abovementioned brink.

Looking in the same way, former German diplomat Wolfgang Ischinger closed the conference by saying ‘I was hoping that in concluding the conference, I would be able to say we can delete the question mark’, adding that he is not sure he can say that.

There were several key issues that dominated this year’s Munich Security Conference that demonstrate that the world is not that far away from the edge.

Among them is Ukraine’s war with Russia supported separatists in eastern Ukraine, then US allegations of Kremlin’s election – meddling, to a clash between Israel and Iran when Israeli Prime Minister Benjamin Netanyahu named Teheran as ‘the greatest threat to our world’. Also, more rhetorical clash appeared when Ukrainian President Petro Poroshenko portrayed Russia as the source of all of Europe’s ills. Moreover, Poroshenko expressed his desire that Ukraine should be granted with the EU and NATO membership.

Also, participants of the conference made a statement that world for the first time after the Cold War is facing the nuclear threat. Russian Foreign Minister said that Moscow would have to do the same in response to recent Washington’s announcement of its intent to strengthen its nuclear arsenal.

When it comes to the Western Balkans, any special attention was not paid to this region, except the European Commission’s President Jean-Claud Juncker who stated the importance of offering countries in the Western Balkans the prospect of EU membership. Also, he insisted that those countries first have to resolve all their border disputes before joining the EU.

In addition to the topic of the Western Balkans, NATO General Secretary Jens Stoltenberg underlined that NATO and EU might do more in the region and welcomed the partnership with Serbia.

Stoltenberg stated that ‘NATO has a history there, the EU has a history there, we have a responsibility and sometimes I am a bit afraid that we are so focused on Syria, Iraq, Afghanistan, which is important, that we forget our closest neighbourhood, the Western Balkans. And we have to be focused on the Western Balkans because there are some developments which are really going in the wrong direction’.

Although it was not many words paid on Western Balkans, the ministers of Macedonia and Montenegro used the opportunity to have a few bilateral meetings during the Munich Security Conference. Foreign Minister of Macedonia, Nikola Dimitrov took part in some of the discussions on continental security and transatlantic relations and he stated that ‘Macedonia is an important brick in the house of regional stability and security’.

His colleague, Minister of Foreign Affairs of Montenegro Srđan Darmanović met with MFA of Spain, Denmark, but also with Miroslav Lajčak the President of the General Assembly of UN. In Darmanović brief meeting with the German Foreign Minister Sigmar Gabriel, he briefed his counterpart about the position of Montenegro in the context of current political and security developments in the region. Minister Gabriel welcomed the European progress made by Montenegro and efforts that Montenegro put in improving the good relations in the region.

Lastly, President of Kosovo Hashim Thaçi gave a speech at the Conference where he stated that in last ten years Kosovo has faced the consequences of the lack of unity in the EU about the state of Kosovo as five member states have not recognized Kosovo’s independence. Also, President Thaçi said that ‘if there was EU unity on Kosovo, and if the EU had spoken with one voice, with a stand for Kosovo, I am convinced that the state of Kosovo would be a more stable country’. When it comes to the dialogue between Belgrade and Pristina, Thaçi stated Kosovo’s commitment to conclude the dialogue and to make the Agreement legally binding.

Europe “whole and free” only with the Balkans

Kmezić: ETIAS is not a visa, Western Balkans to work together to be excluded