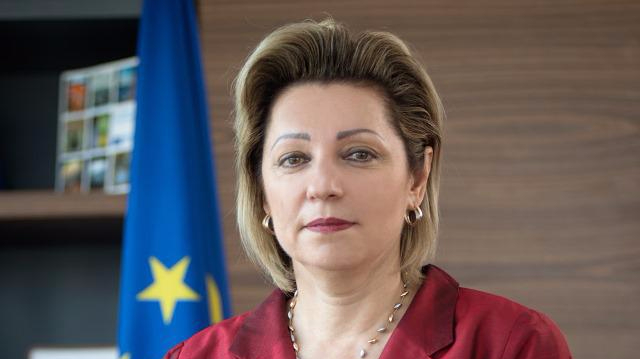 PRISTINA – Kosovo’s has a clear and strong European perspective, like all others in the Western Balkans region. This is what the President of the European Commission Jean-Claude Juncker will say today in his first visit to Kosovo, stated Nataliya Apostolova, Head of EU Office in Kosovo/EU Special Representative, in her Op-ed, published in daily Koha Ditore and KoSSev.info.

The European Commission’s enlargement strategy for the Western Balkans clearly points out that border disputes in all of Western Balkans must be resolved before they can join the EU.

“I sincerely hope that all parties in the Kosovo Assembly will support border demarcation and that the agreement is ultimately ratified; Kosovo will show that it cares about good neighbourly relations. And, its leaders will show that they can look beyond party politics,” writes Apostolova for Koha Ditore and KoSSev.info, adding that the demarcation agreement is one of the remaining conditions to achieve visa liberation, which is for all in Kosovo.

She explains that Kosovo is a new democracy, therefore the changes to the political and economic systems, to the rule of law standards, and the behaviour, will take time.

“Implementing the Stabilisation and Association Agreement (SAA) will make this change happen. However it will require time. This is why the SAA is so crucially important,” Apostolova notes, explaining that the European Union has been and will remain the main partner of Kosovo.

“It is the largest investor and trade partner. Half of all grants to Kosovo come from the EU, totalling to more than 2.5 billion euro since 1999, having created thousands of new jobs and contributed to improving lives of Kosovo people in terms of education, rule of law, economy. It is because of the EU investment that e.g. Pristina has 24/7 water and district heating. The EU will invest another 645 million euro in Kosovo by 2020,” she said.

“Together with improved regional cooperation, further efforts towards reconciliation are crucial to firmly anchor peace and ensure lasting stability in the region. All countries must unequivocally commit, in both word and deed, to overcoming the legacy of the past, by achieving reconciliation. The leaders of the region must take full ownership and lead by example. There needs to be a comprehensive, legally-binding normalisation agreement between Serbia and Kosovo so that they can advance on their respective European paths,” she concluded.