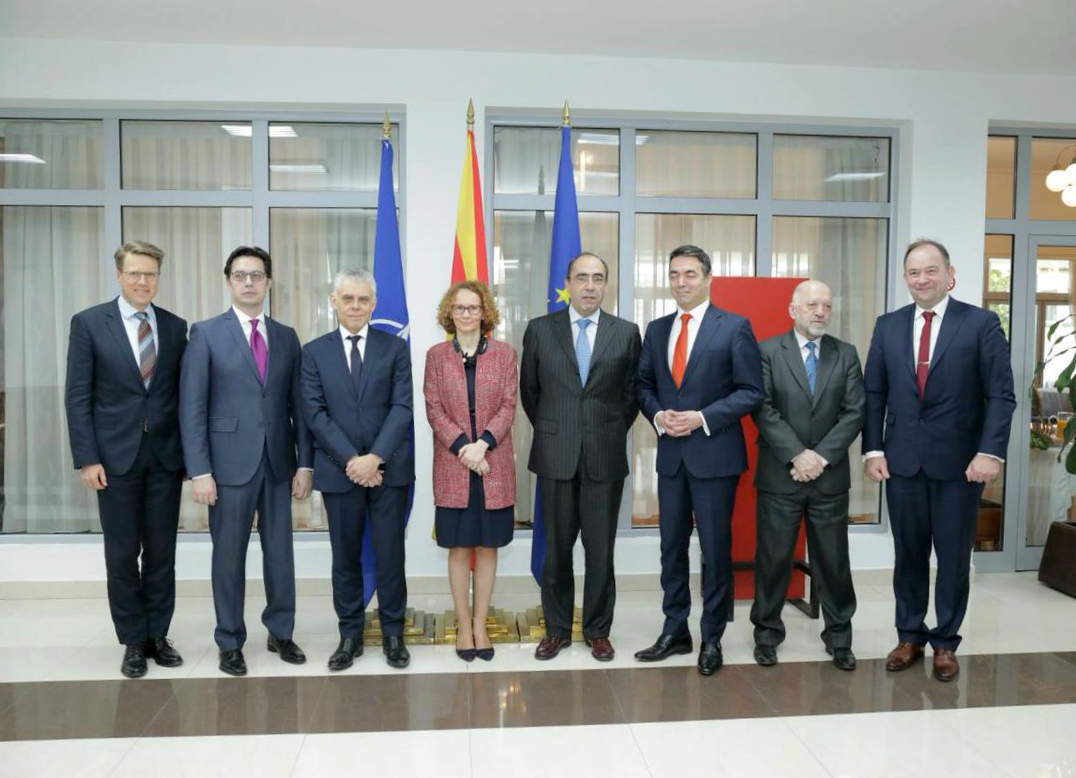 The high-level visitors acknowledged the significant progress made by the country in moving forward key reforms with a view to strengthening democracy, the rule of law and the stability of the country and the region.

Deputy Director General Popowski reiterated that the European Commission is ready to prepare a recommendation to open accession negotiations, based on the fulfilled conditions.

In the coming period, both government and opposition need to work together to pursue and intensify the pace of reforms in key areas such as the independence of the judiciary, reform of intelligence services and a merit-based public administration. Assistant Secretary General Alvargonzález underscored the Alliance’s commitment to support the country on the path toward NATO membership, in line with the decisions made at the 2008 Bucharest Summit and reiterated in the Wales and Warsaw Summit declarations.

Positive steps have been taken by the government to strengthen good neighbourly relations. The friendship treaty with Bulgaria was a positive development, showing the commitment of both sides to overcome bilateral issues and constitutes a source of inspiration with the region.

There is now a new momentum to find a negotiated and mutually acceptable solution to the name issue, under the auspices of the United Nations. Both Deputy Director General Popowski and Ambassador Alvargonzález expressed full support to this process, as well as hope that this will translate into further concrete results.

Tsipras: If Skopje makes a concession, 2018 will be a positive year