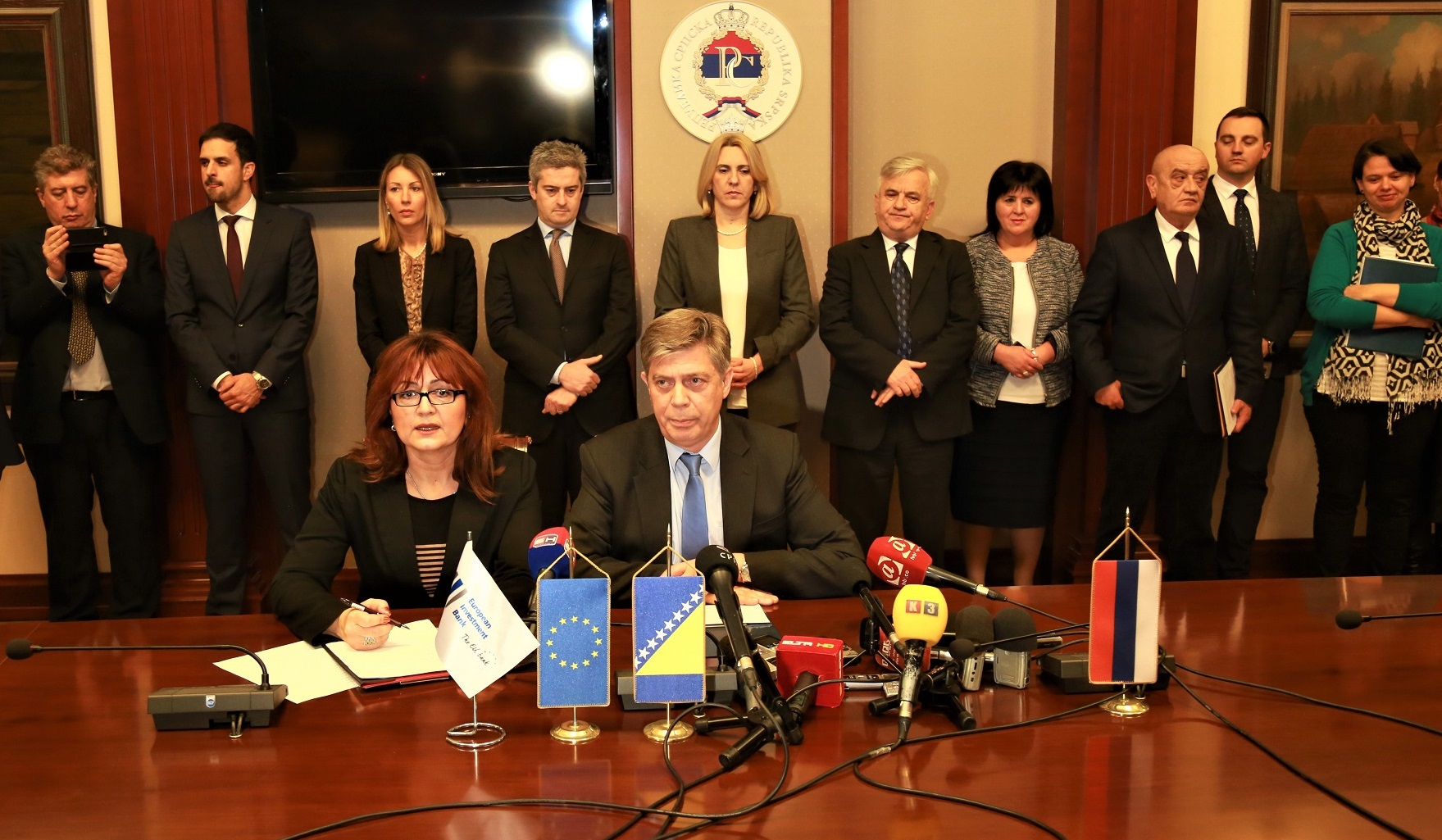 BANJA LUKA – Bosnia and Herzegovina and the European Investment Bank (EIB) have signed today in Banja Luka a grant agreement worth EUR 6.8 million in EU funds to co-finance the construction of a major infrastructure investment in Gradiška.

The investment project concerns the construction of border crossing facilities on the Banja Luka – Gradiška section of Route 2a (R2a), a cross-border bridge over the River Sava, as well as motorway connections on the Banja Luka – Gradiška road. The project is part of the Indicative Extension of the TEN-T (Trans-European Transport) Core Network in the Western Balkans.

Head of the EU Delegation and EU Special Representative in BiH Ambassador Lars-Gunnar Wigemark stressed that improving connectivity within the Western Balkans, as well as between the Western Balkans and the European Union, is essential for growth and jobs. It will bring clear benefits for the region’s economies and citizens.

“This investment in Gradiška is an important step towards closer integration of the whole Western Balkans region in line with the new Western Balkans Strategy. The grant from the EU worth EUR 6.8 million will co-finance the construction of the cross-border bridge over the River Sava in Gradiška. This investment will bring the EU closer to BiH,” said Ambassador Wigemark.

Head of the EIB Slovenia, Croatia and Western Balkans Division Matteo Rivellini said the Bank is very pleased to be able to sign the grant agreement and that this is making a significant contribution towards economic growth, trade facilitation and integration of Bosnia Herzegovina within the Balkans.

“On the Gradiška – Banja Luka link, the traffic from the motorway has to be directed via streets of Gradiška to the city-bridge in the very centre of Gradiška.  Once built, the bridge will shorten travel times; reduce fuel consumption and pollution; and function as by-pass of the city of Gradiška. The Bank has also signed an EUR 47 million loan to complete the ongoing works on the motorway Banja Luka – Doboj,” Rivellini said.

BiH Minister of Finance and Treasury Vjekoslav Bevanda said that the grant agreement worth EUR 6.8 million of EU funds for the construction of the project includes the cross-border bridge in Gradiška.

“For that I would like to express my gratitude to the representatives of the EU Delegation and the European Investment Bank, in particular Matteo Rivellini and Lars-Gunnar Wigemark and their associates. This project is an important infrastructure link between Bosnia and Herzegovina and its neighbours. This investment will improve regional cooperation and communication with the European Union,” Bevanda said.

Under the Connectivity Agenda, the European Union has set aside up to EUR 1 billion in grants for the period of 2014-2020 through the Western Balkans Investment Framework (WBIF) to co-finance mature energy projects from the PECIs list (Projects of the Energy Community Interest) and mature transport projects from the TEN-T (Trans-European Transport) Core Network, together with loans from the international financial institutions.