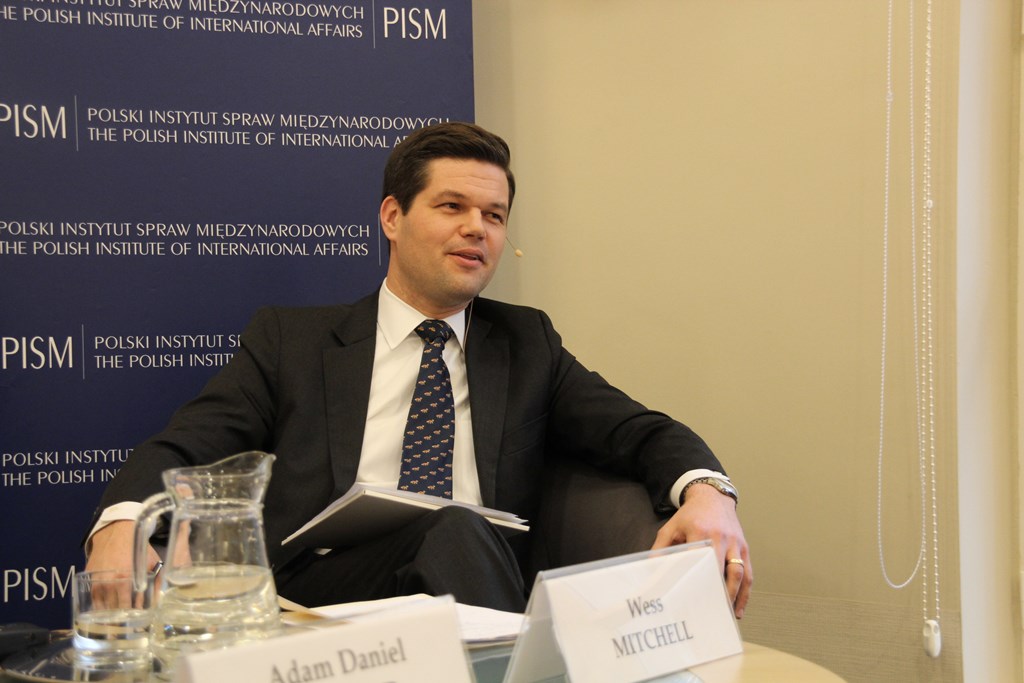 BELGRADE – Renewed commitment of its Western allies and a “window of opportunity” aimed at solving the long-lasting disputed that have held the Western Balkans back for so long were key messages of the senior U.S. official’s visit to the region.

The new U.S. Assistant Secretary of State for European and Eurasian Affairs, Wess Mitchell stressed the U.S. willingness to commit and help resolve the remaining disputes in the region which may have been caused by an increasing Russian influence in the region, especially in Serbia.

Mitchell kicked off his tour in the Western Balkans with a visit to Kosovo, followed by meetings with senior officials in Macedonia and Serbia.

During his visit to Kosovo, he acknowledged the progress it has made since 2008 and underlined the utmost importance of the dialogue with Belgrade and the ratification of the border demarcation agreement with Montenegro.

He, too, denied that he was to present a plan on Kosovo during his visit to Belgrade, as reported by Serbian media, assuring that the purpose of his visit was to support plans for a common EU future of both Serbia and Kosovo.

“I saw that speculation during my journey here and I thought it was a very creative journalism. I am not here to reveal any political plan but to talk with Kosovo and Serbia for their path towards Western future,” Mitchell said.

Probably the most contentious message of the U.S. official was the one pertinent to the transformation of the Kosovo Security Force into the army. He reiterated his position during his visit to Belgrade, stating that it would not pose a threat to Serbs and Serbia.

“We have discussed constitutional amendments and I underscored before the President that no one has the right to veto on Kosovo’s security,” Mitchell said before the journalists.

Still, in order to introduce the Kosovo army, the amendments to the existing constitution are needed, which requires consent from the Kosovo minorities, primarily from the Serbs, who have so far staunchly opposed the previous attempts in this regard.

Nevertheless, the talks between Mitchell and Vučić were termed “open and very good”. Mitchell stated that the U.S. was supportive of Serbia’s EU integration as well as EU-mediated dialogue between Belgrade and Pristina, adding that both sides have to fulfill the obligations that emanate from the so-called Brussels Agreement.

Vučić called for a compromise on Kosovo, yet expressing his doubts that Kosovars will fulfill their obligations and form the Association of Municipalities with a Serbian majority, as they have failed to do so for the past five years.

Another unresolved dispute in the region is the name issue between Macedonia and Greece which was addressed by the U.S. official in Skopje. He reaffirmed the willingness of the U.S. to continue to engage in the name talks, although the two countries should find a sustainable solution themselves.

“We acknowledge that the only solution that will last is the solution the two parties will work on between themselves… We want to be supportive but in the right way. This is not a decision we can make for you or for the Greeks, we think you are on the right path and we want to encourage that in the right way. But we will be very hands-on”, stated Mitchell.

Wess Mitchell, co-founder of the Center for European Policy Analysis (CEPA), has been confirmed by the US Senate as the Assistant Secretary of State for European and Eurasian Affairs in late September 2017. He replaced Victoria Nuland, who held this position in the administration of the former President Barack Obama.

Mitchell is described as an expert on NATO and the transatlantic relations and known for his tough stance on Russia.

EC expect language law to be forwarded to Venice Commission

[EWB Interview] Bugajski: EU can become ineffective in the WB without US leadership