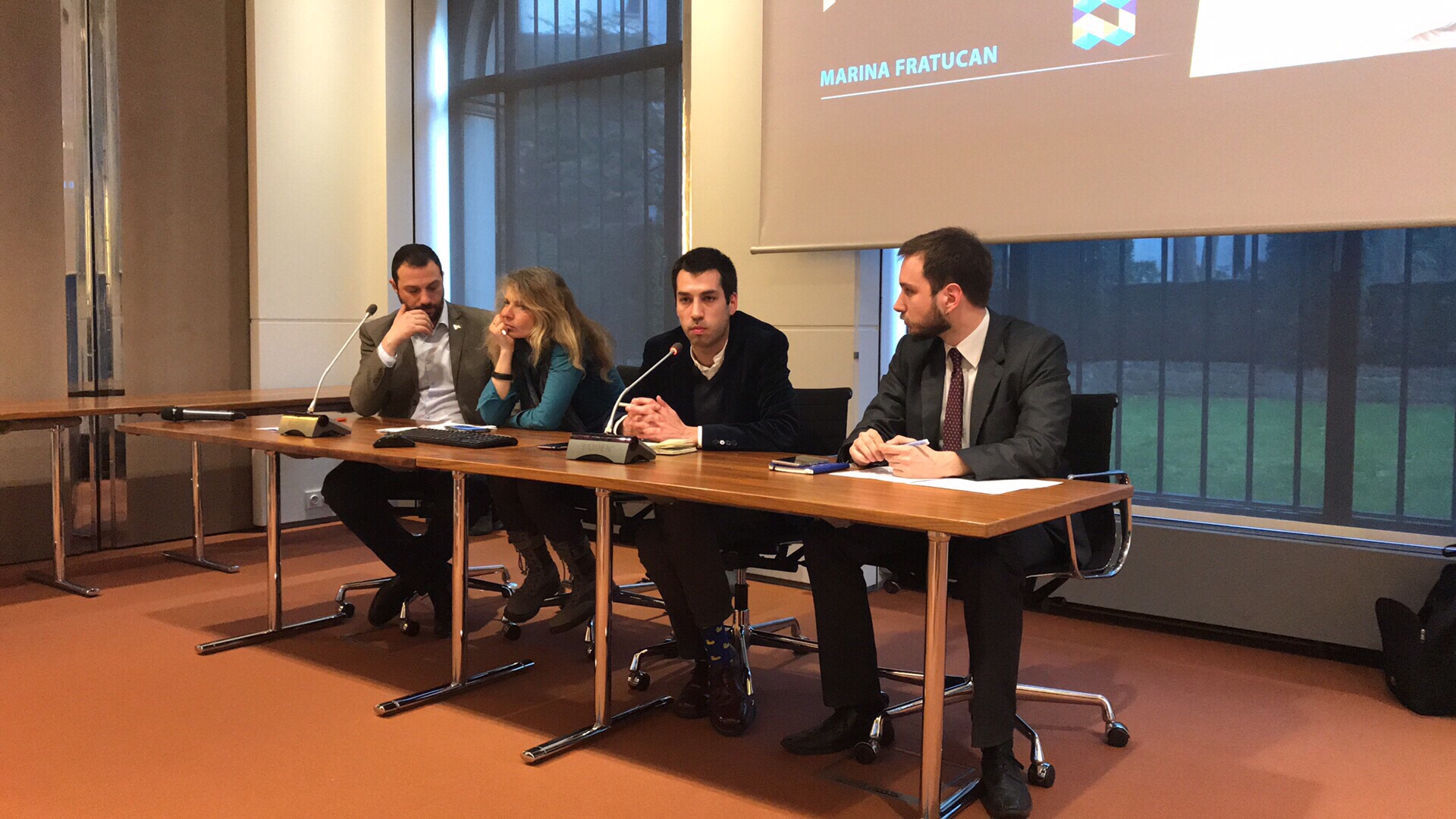 BRUSSELS – The European Western Balkans and the European Fund for the Balkans officially presented their new project: Balkanoscope – First-person stories from the Balkans, on Moday 26 March in Brussels.

Welcoming speech was held by Fabrice De Kerchove, Senior project coordinator of the King Baudouin Foundation, Igor Bandović, Programme Manager of the European Fund for the Balkans and Nemanja Todorović Štiplija, Editor-in-Chief of European Western Balkans, while the key speaker of the event was Maciej Popowski, Deputy Director-General, Directorate for European Neighbourhood Policy and Enlargement Negotiations.

After brief presentation of the Balkanoscope, Executive Editor of the European Western Balkans Nikola Burazer moderated a discussion with Marina Fratucan, journalist from Serbia, formerly of Radio Television of Vojvodina, Pavle Bogoevski, member of parliament from Macedonia and a civil activist of the Colorful Revolution and Dobrica Veselinović, civil activist from Serbia, one of the leaders of the Do not Drown Belgrade.

Balkanoscope is a project that aims to present the Balkans from a different viewpoint. Not as some king of a backwater region important due to geopolitical concerns and past conflicts, but as a part of Europe, where real people are struggling with real issues.

#Balkanoscope will be presented today in Brussels. Key speaker of the event will be the Deputy Director-General for Neighbourhood Policy and Enlargement Negotiations Maciej Popowski.

Balkanoscope is a story about the Balkans through the stories of its people.

Its aim is to provide the readers, both in the region and beyond, with a different outlook on the Balkans. We want to them to see that Balkan countries share many issues, not only with each other, but with Europe as well. Balkanoscope provides us with stories about problems and threats, but also about opportunities and struggles of its people. If you take a look at Balkanoscope, you will see interviews and opinion pieces, all of which have a regional dimension and address problems and issues common for the entire region. They do not deal with geopolitical issues or high politics, even though many issues presented here are as a matter of fact consequences of high politics.

The reason for this different approach is simple: by focusing on high politics, we sometimes forget about the people, the societies, for all those fighting for better societies on a daily basis. This has to be a part of the new image of the Balkans as an European region.