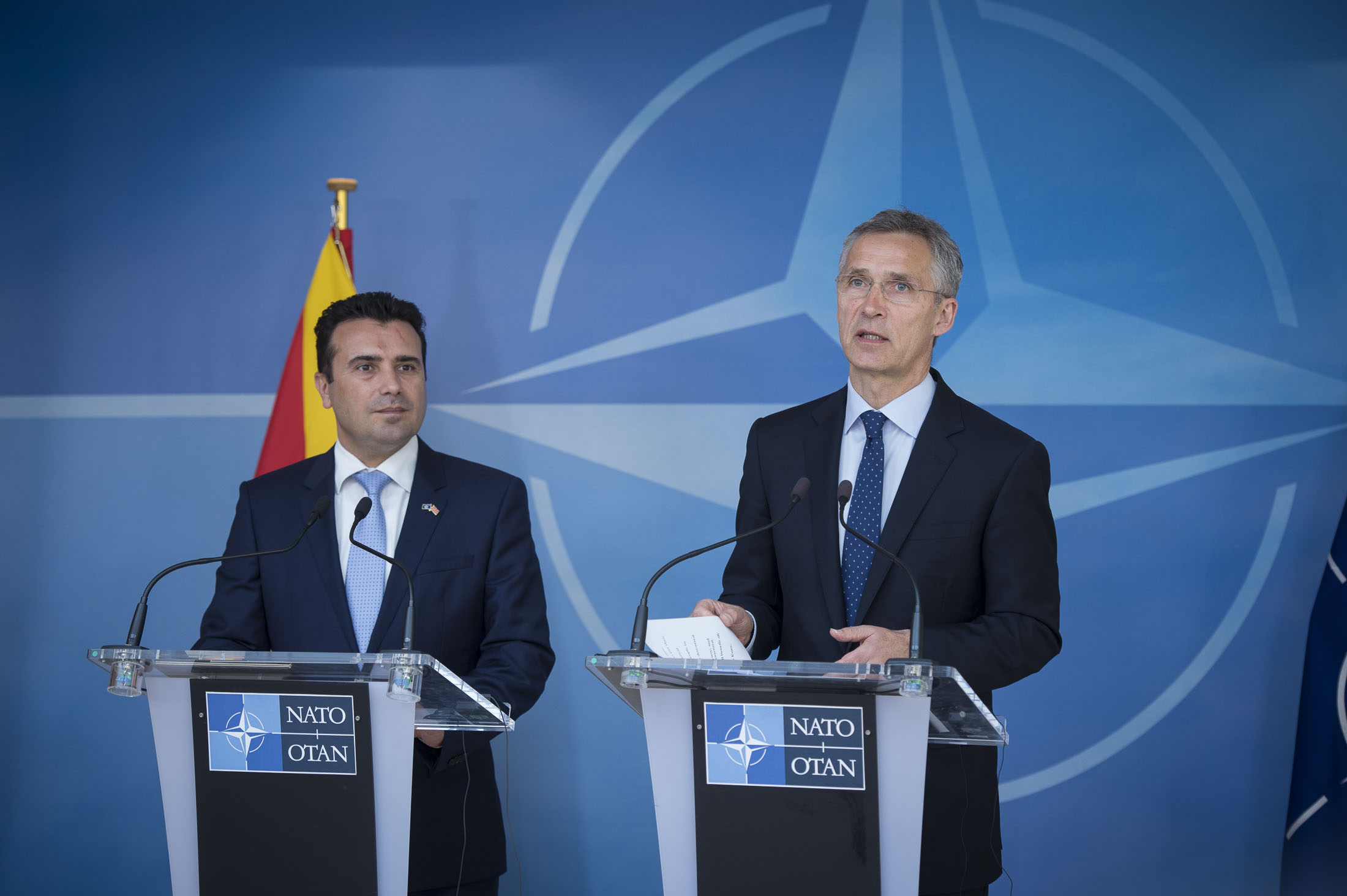 Zoran Zaev and Jens Stoltenberg; Photo: NATO
SKOPJE – After strong warnings from Russia’s ambassador to Macedonia, Oleg Shchebak, regarding its intention to become a NATO member, prime minister Zoran Zaev said today that the country wants to join NATO for peace in the world and respect for human rights.

At today’s press conference, Zaev expressed hope that the two countries will focus on building friendship, and not on quarrels.

“We acted according to the laws and the Vienna Convention. Macedonia has strategic goals, such as membership in NATO and the EU. We do not want membership in the Alliance to attack anyone, but for world peace and respect for human rights”, Zaev said, stressing that the government remains committed to advance relations with Russia.

On Thursday, Russian Ambassador to Macedonia, Oleg Shcherbak, while discussing the tragedy which took place in a mall in the Siberian city of Kemerovo, where 64 people lost their lives in a fire,  sent out warnings following the expulsion of a Russian diplomat from Macedonia. Shcherbak warned Macedonia regarding its intention to become a NATO member. He also warned of military action against Macedonia, in case of an attack against Russia by NATO.

“If it came to a conflict between Russia and NATO, you will have the role of a legitimate target”, said Shcherbak.

He argued that NATO is an aggressive alliance who could drag Macedonia into aggressive actions. If this were to happen, and if directed at Russia, it would trigger a corresponding reaction from Russia against Macedonia, said the Russian ambassador.

According to him, contrary to the proclamations, NATO membership will not strengthen the territorial integrity of the country. As Shcherbak said, it is meaningless to claim that Macedonia is under threat and that only NATO can defend it, when the country is surrounded by NATO on all sides, so it can only be attacked by “NATO or aliens”.