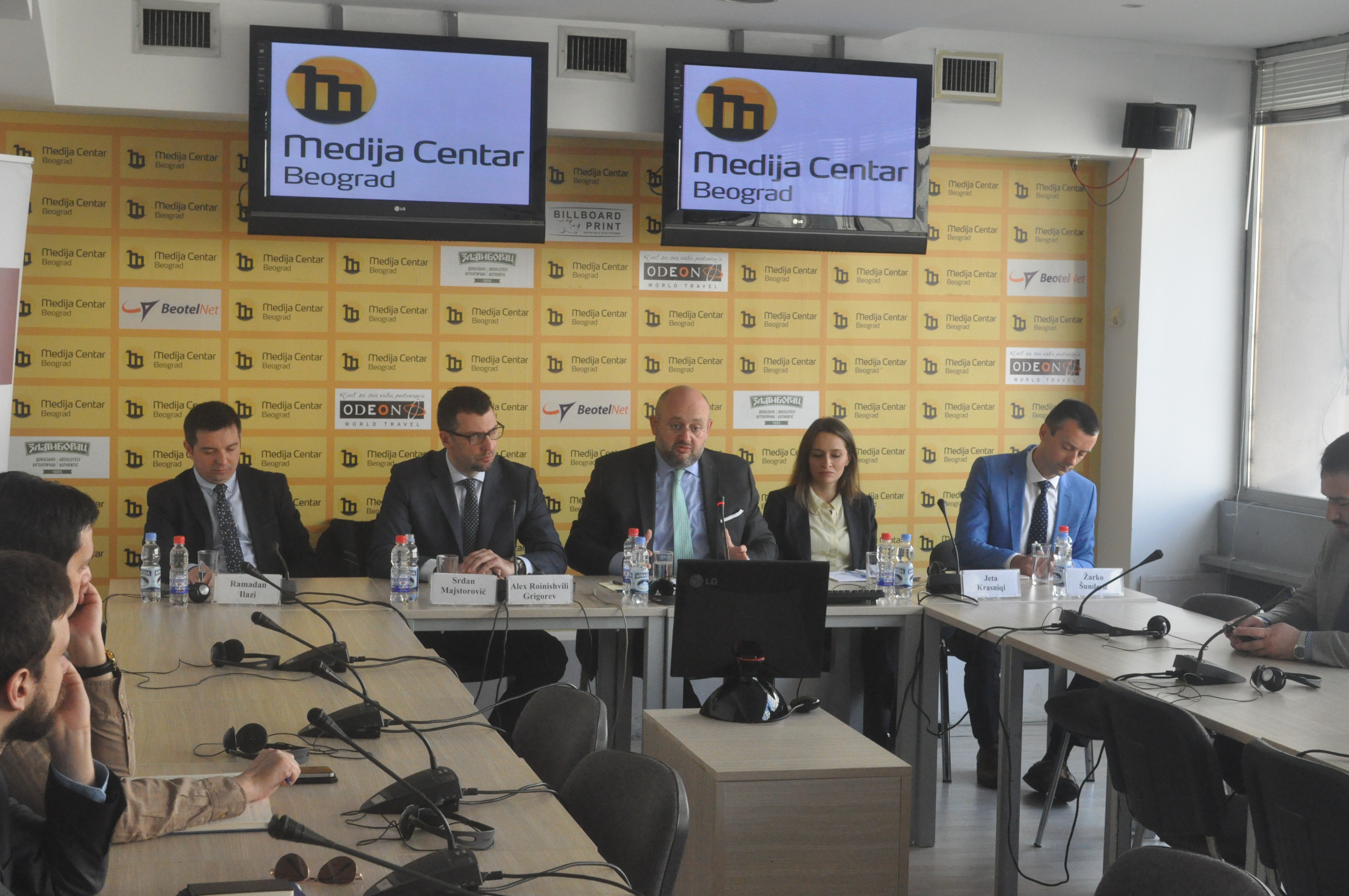 BELGRADE – Serbia and Kosovo must resolve their open issues in order to become successful members of the European Union, are the conclusion of the panel discussion “What should be the meaning of the Serbia-Kosovo cooperation in the context of European integration”, organized by the Council for Inclusive Governance (CIG) in Belgrade.

According to Alex Grigorev, president of CIG and moderator of the discussion, Serbia and Kosovo now have a “window of opportunity” with the new approach of the EU towards enlargement. However, when compared to the Franco-German reconciliation process, which led to the birth of what is to be known by the EU, Serbia and Kosovo are lagging far behind, not having resolved their issues almost 20 years after the conflict.

The representative of Kosovo Democratic Institute from Pristina, Jeta Krasniqi, emphasized that the common interest of Serbia and Kosovo are a peaceful future and progress, which can only be achieved through abandoning destructive policy.

“We must reformulate our relationships and show that we respect each other. It is also important for Serbia and Kosovo to accept reality on the ground, and build a common future in the European Union accordingly,” Krasniqi said, stressing that despite the aggressive rhetoric that is present on both sides, the trade exchange between Serbia and Kosovo is unhindered, which is supported by the fact that Serbia, with it’s half a billion Euros in  trade, is the largest importer to Kosovo.

Srđan Majstorović from the European Policy Centre believes that the countries of the region can only exert considerable influence within the European Union through joint action.

“No one can dispute that the development of Kosovo is in Serbia’s interest. Economic development is a common point in which relations can be further deepened. Serbia and Kosovo must solve common problems, such as media freedom and the rule of law,” Majstorović said, emphasizing that he believes in the future success of the dialogue, which will be led by experts from both sides. According to him, it is neccessary for lower-level officials to engage of the dialogue as well, not to leave the process to the highest officials.

Majstorović also added that the progress of each of the sides towards the EU is in the interest of both sides.

Former Deputy Minister of European Integration in the Government of Kosovo, Ramadan Ilazi, recalled the example of Croatia and its blocking of Serbia on the road to the European Union, pointing out the problems that could arise from non-resolved disputes, voicing fears that a similar problem could be experienced by Kosovo from Serbia’s side.

“The settlement of the dispute with Serbia will certainly accelerate the European integration of Kosovo. The process of joining the European Union for Serbia and Kosovo represents a peace project that can contribute to the lasting stability of the region. The common interest of both countries is internal reforms and an increase in liberal potential”, Ilazi claims. He said that he hopes that the Kosovo government will reach an agreement with Serbia and with the other five members of the Union, otherwise the region may face new problems and instabilities.

According to Ilazi, it is the interest of the region to improve its image in EU member states’ capitals by doing the neccesary reforms.

Žarko Šunderić from the Center for Social Policy underlined that the large problem in Serbia-Kosovo relations is an abundance of emotions and neglect of the present moment.

“It seems to me that we look too much into the past. When we are not dealing with the past, then we are addressing the future, while the present constantly remains neglected. We need to focus on the existing moment, which is not good, and to work on improving it.” He said that a space for cooperation should be opened as soon as possible, otherwise no progress can be expected.

“We are importers of poverty and poor individuals into the European Union. Serbia’s GDP is four times lower than the average member State, and for Kosovo it is ten times lower. In the last twenty years, five million people has left the region, which says a lot about the quality of life,” Šunderić said, concluding that there will be no major changes without solving small things that affect the everyday lives of people.

According to Šunderić, the EU is not the most important actor in the EU integration process, but it is the states themselves that must find the internal drive for reform and move towards the required standards for EU membership.

Changing the Balkans is Changing Europe