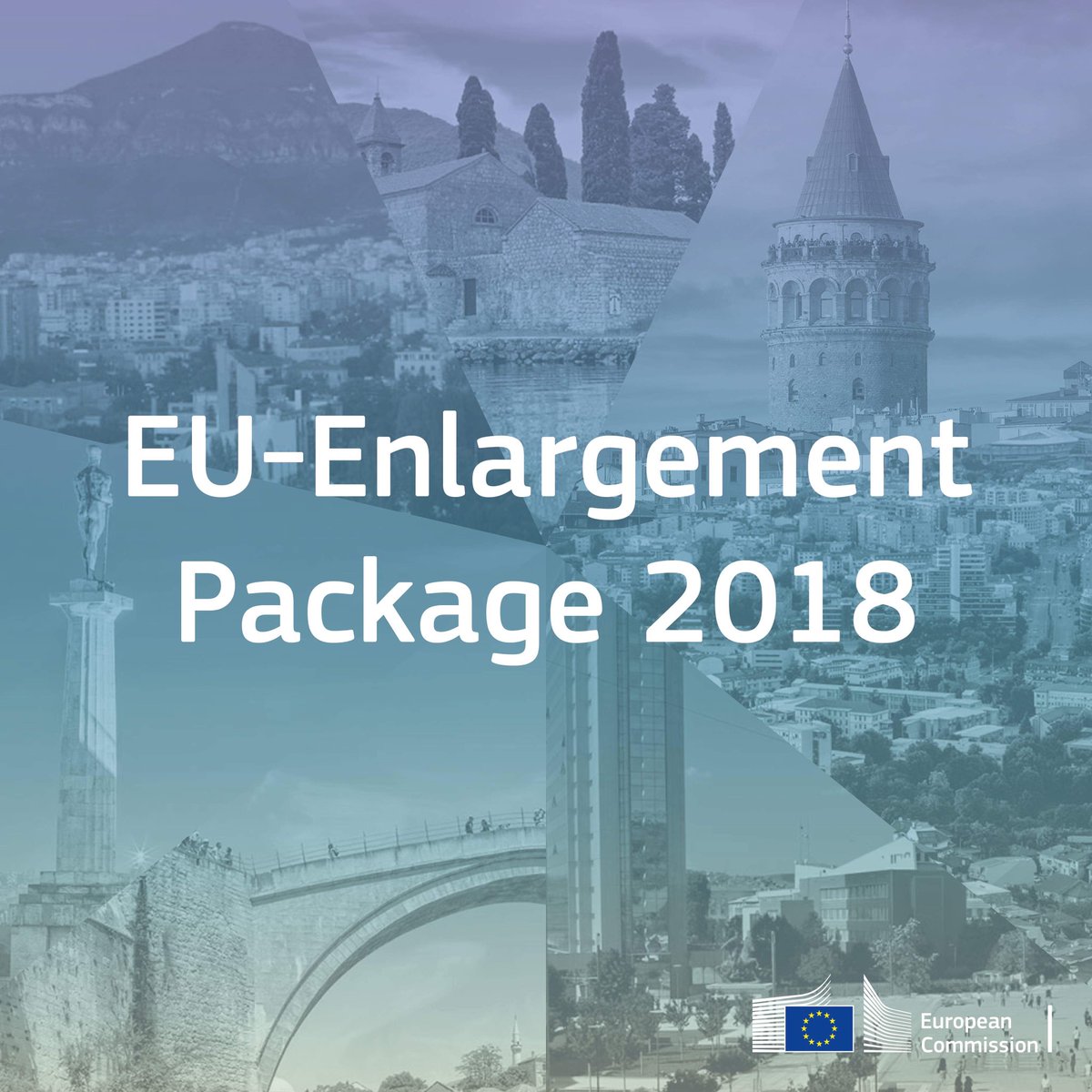 The European Commission adopted today its annual Enlargement Package, including seven individual reports, assessing the implementation of the European Union’s enlargement policy which is based on established criteria and fair and rigorous conditionality.

Progress along the European path is an objective and merit-based process which depends on the concrete results achieved by each individual country, with the rule of law, justice and fundamental rights being an utmost priority. A credible enlargement perspective requires sustained efforts and irreversible reforms. The EU Enlargement is an investment in peace, security and stability in Europe: a prospect of EU membership has a powerful transformative effect on the partners in the process, embedding positive democratic, political, economic and societal change.

The Commission recommended today that the Council decides that accession negotiations be opened with the former Yugoslav Republic of Macedonia and Albania, in light of the progress achieved, maintaining and deepening the current reform momentum. More specifically, for the former Yugoslav Republic of Macedonia, delivering on the urgent reform priorities will be decisive for the country’s further progress. For Albania, progress will be crucial in the key field in the rule of law, in particular across all five key reform priorities, and continuing to deliver concrete and tangible results, in the re-evaluation of judges and prosecutors (vetting). To support this, the Commission would apply the reinforced approach for the negotiating chapters on judiciary and fundamental rights and justice, freedom and security. This step forward in a long process is in line with merit-based approach and strict conditionality, most recently confirmed by the Commission’s Western Balkans strategy. As stated in the Strategy for the Western Balkans, the EU itself needs to be ready for new members – once they have met the conditions – including from an institutional and financial perspective. The Union must be stronger, more solid and more efficient before it can be bigger.

High Representative for Foreign Affairs and Security Policy/Vice-President of the Commission Federica Mogherini said: “A step forward today for the former Yugoslav Republic of Macedonia and Albania is a step forward for the entire Western Balkans region. Our strategic focus and engagement are delivering practical progress and benefits to the people in the region. The work on reforms and modernisation however needs to continue, in the interest of the partners and the European Union.”

Johannes Hahn Commissioner for European Neighbourhood Policy and Enlargement Negotiations stated: “Our enlargement policy continues to be a key engine driving reforms in the Western Balkans. It is modernising the region’s economies and societies, making it gradually a more prosperous and stable place which is also in the EU’s genuine interest. The recommendations for the former Yugoslav Republic of Macedonia and Albania we issued today acknowledge the progress made. It’s an important step forward, but it is clear – and this counts for all Western Balkans countries: there are no shortcuts on the way to the EU. Important gaps remain. We need to see the reforms, especially in the rule of law, be implemented more vigorously and produce sustainable results. These reforms are not ”for Brussels” – effective judiciary, effective fight against corruption and organised crime, efficient public administration, stronger economy – all this will directly benefit the region and its citizens, and Europe as a whole.”

The assessment of progress achieved and the identification of shortcomings provide incentives and guidance to the countries to pursue the necessary far-reaching reforms. For the accession perspective to become a reality, countries must prioritise reforms in the fundamental areas of the rule of law, human rights, democratic institutions and public administration reform, as well as on economic development and competitiveness, all areas where structural shortcomings still persist. Countries must ensure that the reforms are properly implemented and that they demonstrate a track record of concrete results.The Commission will continue to support these reform efforts through policy support and focused financial assistance.

The Economic Reform Programmes (ERPs) play a key role in improving economic policy planning and steering reforms aiming at boosting competitiveness and improving conditions for inclusive growth and job creation. They help the partner countries meet the economic criteria for accession and prepare for the participation in the European Semester of economic policy coordination in the EU after accession. This year for the first time the two packages have been synchronised, highlighting the importance of the functioning economy in advancing on the EU path.

For detailed findings and recommendations on each country see:

Key findings of the 2018 European Commission report on Serbia