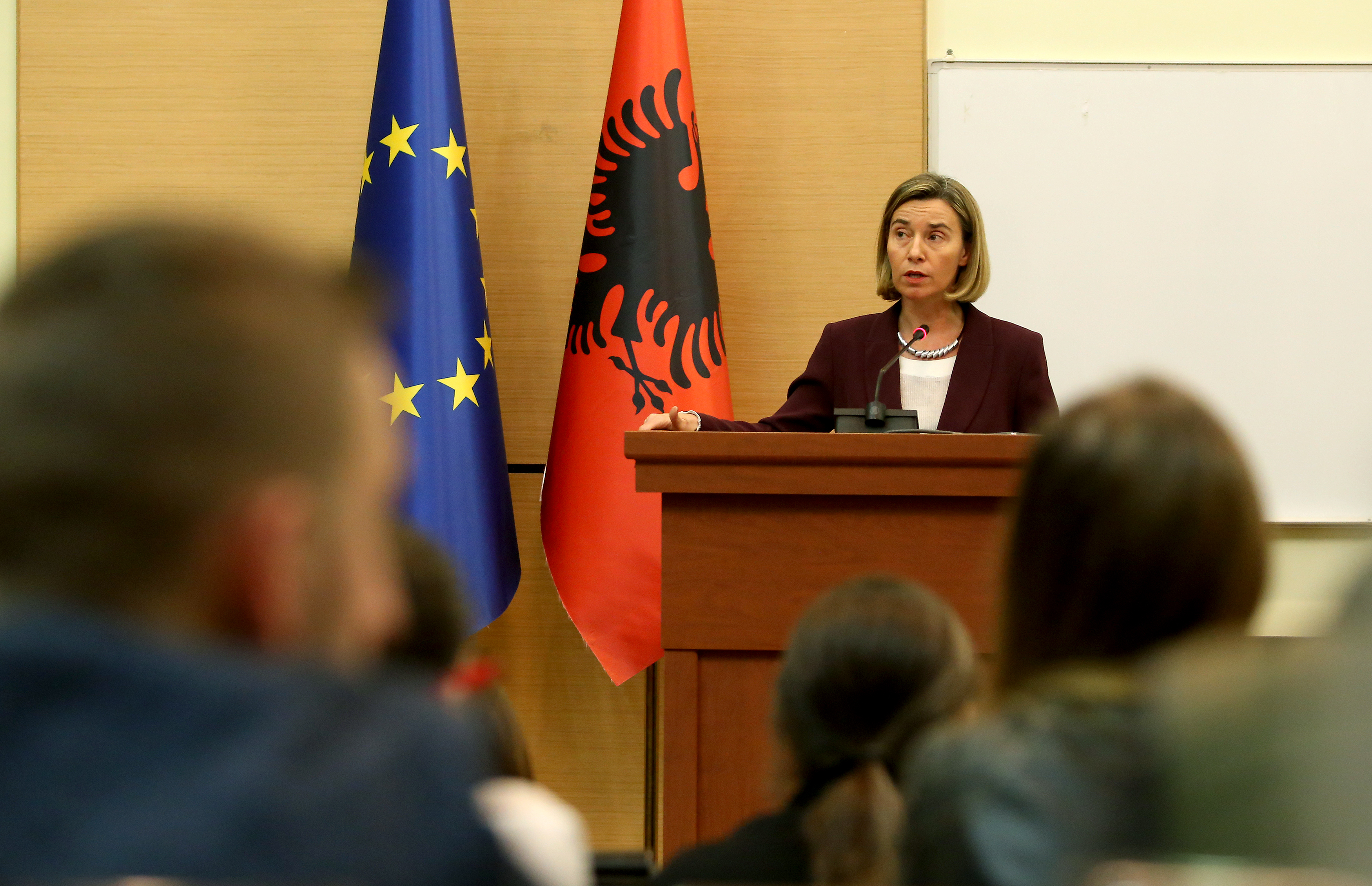 TIRANA – On an official visit to Albania, EU High Representative Federica Mogherini acclaimed a “collective acknowledgement” of the country’s progress towards EU standards and eventual membership, and called for a “collective responsibility” from the leaders, institutions and people of Albania for continued reforms. The European Commission on 17 April recommended opening EU accession negotiations with Albania.

EU High Representative Mogherini was in Tirana on 18 April for meetings with Prime Minister Edi Rama, Foreign Minister Ditmir Bushati, President Ilir Meta and representatives of political parties. The visit followed the adoption of the Enlargement Package and the positive recommendation of the European Commission to open EU accession negotiations with Albania.

“I believe this day can be a day of collective acknowledgement. This is the result for the institutions of the country, all of them – from the President, to the government, to the Parliament, to the municipalities, and also of the people, to the citizens of Albania, each and every one of you. And it is also a collective responsibility to carry out further work.”

“The European Commission assessment says clearly that Albania has met the conditions that were put in the last report and recommendation that was adopted one year and half ago. Albania is ready to open negotiations, maintaining and deepening the reforms,” highlighted Mogherini. The High Representative welcomed the progress made particularly in the area of justice reform and the start of the implementation of the vetting process. “You have delivered, we have delivered. Indeed it is, I believe, quite a historic moment in the history of this country, but also in the history of the European Union.”

The High Representative further emphasised the positive role that Albania has played and is continuing to play in the region, including work on good cooperation and good relations with its neighbours. “In the Western Balkans the enlargement policy of the EU goes back to the DNA of the European integration project, which is reconciliation and peace. Good neighbourly relations, coordination and cooperation within the region is an essential element of the reasons why we joined together in the Union.”

Mogherini encouraged Albania to continue on its path towards reform. The five key priorities (reforming the judiciary and the public administration, fighting corruption and organised crime, and protecting human rights) will continue to remain the elements on which Albanian citizens will assess and judge the capacity of their institutions to deliver on their needs and also will continue to be the foundation for Albania’s cooperation and work with the EU. “This is a work that needs to continue not because of Brussels but because of the Albanian people”, she maintained.

The High Representative’s visit to Albania was the first stop on her trip through the Western Balkans where she will also visit Macedonia, Montenegro and Serbia.

Building a European democracy is in our hands