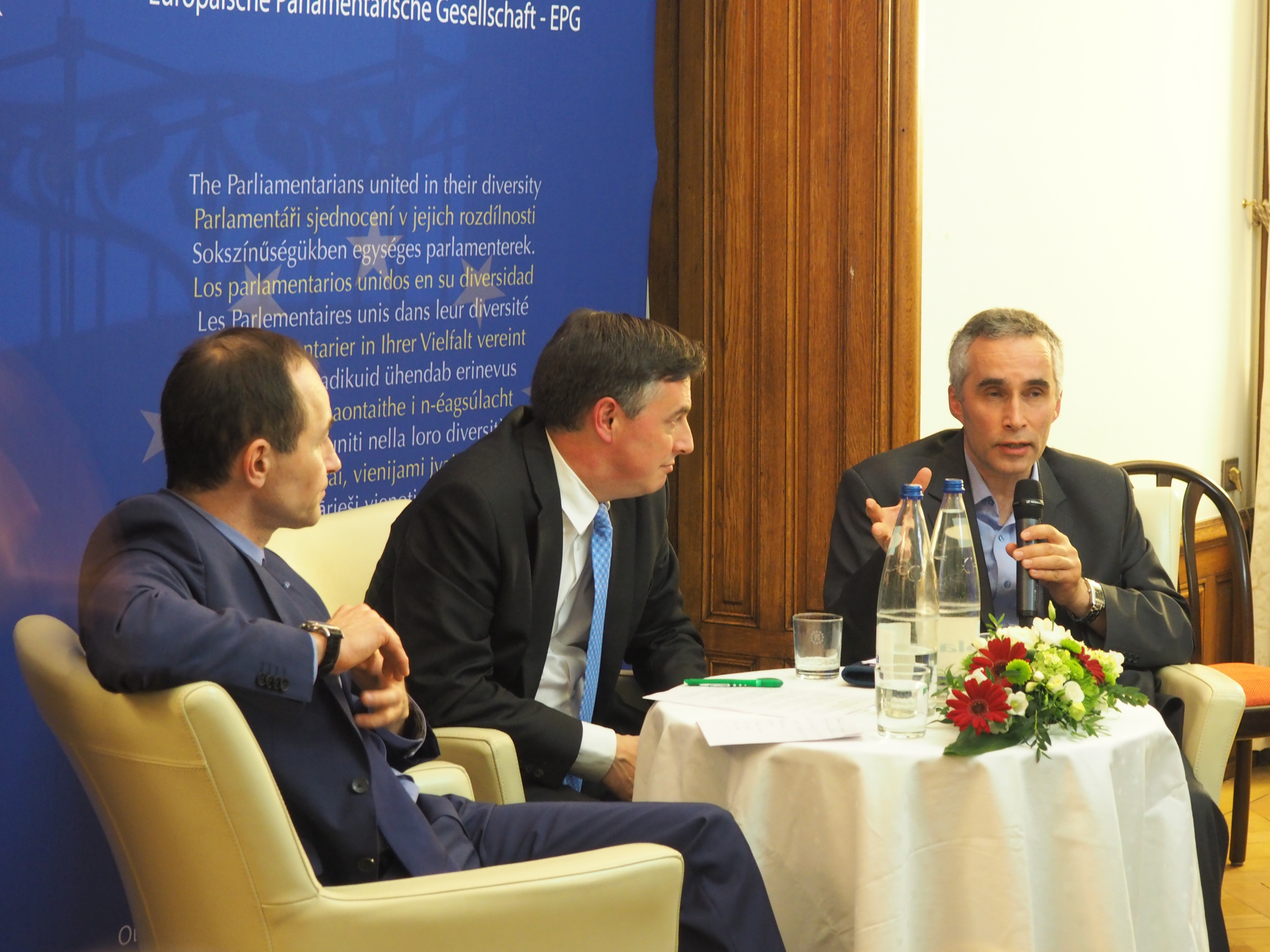 Debate: A European Perspective for the Western Balkans: The way ahead

STRASBOURG – In times in which euro-scepticism is on a rise throughout Europe and European member states likewise, EU enlargement is a topic difficult to discuss. However, the Bulgarian Presidency of the Council of the European Union decided to put it back onto the European agenda. A European perspective for the Western Balkan countries that corresponds to the needs of both the countries and the EU, is at the heart of the presidency’s priorities, it was stated at the debate A European Perspective for the Western Balkans: The way ahead, organised on 18 Apil in Strasbourg.

The European Parliamentary Association, a transpartisan organisation that fosters an informal dialogue among MEPs of different political affiliation, took this opportunity to organize a debate, together with the Permanent Representative of Bulgaria to the Council of Europe, Katya Todorova, that discussed the possible perspectives for the Western Balkan. Guest speakers were David McAllister, chair of the Committee for Foreign Affairs of the European Parliament, Andrey Kovatchev, MEP and member of the same committee, and Ivan Boev, lecturer at the University of Strasbourg.

Both Kovatchev and McAllister emphazised the importance of political stability and economic growth in the Western Balkans for EU citizens and countries.

‘We must know our history to understand that we don’t want any more conflicts on European grounds‘, underlined Kovatchev who – besides all problems due to lacking reform implementation and corruption – sees European Integration as the only instrument to overcome past disasters and solve ongoing problems in the region.

Therefore the EU has to offer a European perspective to Western Balkan countries, a perspective that puts into reach a full membership status in order to send a clear signal: ‘You are not forgotten‘, and to keep up with other regional players as Russia. For this reason, the participants of the Sofia summit in May should make sure that a common declaration is being delievered.

McAllister who had been rapporteur for Serbia and travelled to all Western Balkan countries, pointed out that accession perspectives still depend on each of the countries‘ individual efforts to comply and implement reforms on the one hand, and, on the other hand, on the decicion of the upcoming Council in June.

Apart from the criteria set out by the European Commission, member states would have the final say and there would be ‘no short cuts on the way to the EU‘. Therefore, 2025 as an accession date for Montenegro and Serbia, set out in the Western Balkan strategy in February, can only be understood as an ‘indicative and encouraging date‘, not as an automatism for EU membership.

Both MEPs shared their experiences related to administrative and organizational shortcomings in the region and underlined the necessity of institutional reforms. Despite all prevailing deficiencies however, the enthusiasm many people in the Balkans show towards a European perspective, should be a motivation for EU citizens to engage with these countries, being assured meanwhile that ‘quality comes before speed‘.

Ivan Boev in turn, focused on the Bulgarian Presidency‘s role as a linking element between Western European countries and the Western Balkans. As a ‘natural leader‘ (as Donald Tusk, President of the European Council, had put it), it must prove that it is ready to foster the dialogue in the Council and that it is able to conclude the necessary compromises between the member states.

Bulgaria’s vision must reconcile enlargement with respecified conditions for accession and regional integration policies – a difficult task that can be only achieved, when carried out also by the following presidencies (Austria and Romania).

During a following Q&A session, other members of the European Parliament as well as students and present experts from the Council of Europe, intervened and extended the debate to recent issues, such as the recognition of Kosovo, the violation of Article 3 of the Additional Protocol of the Convention of Human Rights in Bosnia and Herzegovina, the dysfunctioning of Albanian parlamentarism and the government’s reluctance to reforms or the generally harshening rhetorics in many of the Western Balkan countries.

The way ahead can be a rather long or short, a rather straight or winded one. In the end every decision-maker has to reasonably put pragmatism before particularism because „there is more at stake“ than recognition and the Western Balkans – whether clear candidates for membership or not – deserve any attention from their Western neighbours.

Bosnia and Herzegovina Presidency members in an official visit to Brussels