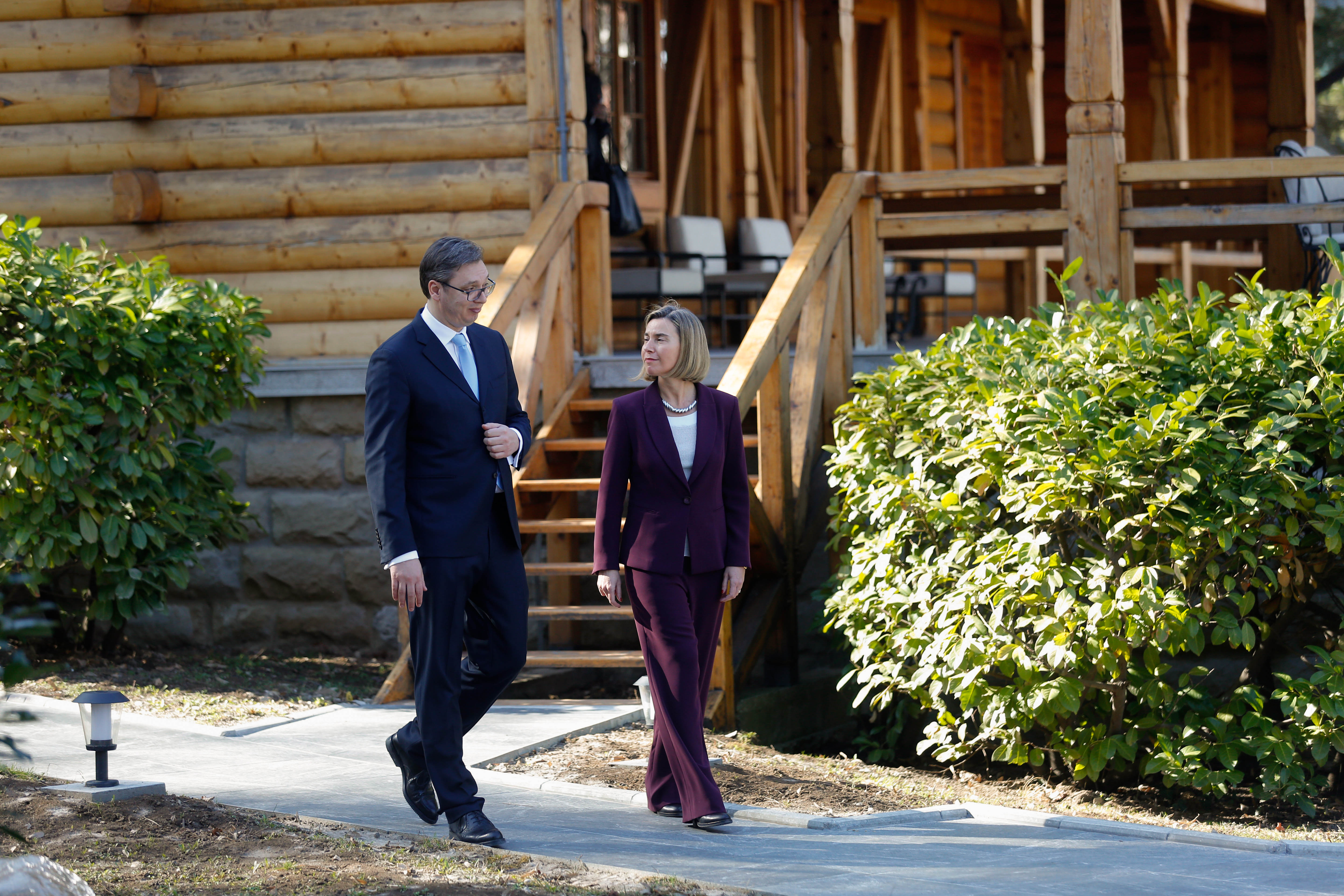 BELGRADE – Serbia is proceeding in the right direction and its European perspective is tangible, EU foreign policy and security chief Federica Mogherini said in Belgrade late Thursday, noting that Brussels recognised the determination of President Aleksandar Vučić to get the country into the EU.

“The message I am bringing is not only bilateral to Serbia today, but it is also a message to the region and the Western Balkans, namely that the perspective towards the European Union… is credible, real and tangible, in particular for Serbia and Montenegro,” she told reporters after a meeting with Vučić.

“The work that Serbia has done is proceeding in the right direction… It is clear that negotiations with Serbia are advancing well on the European Union integration path of the country, with 12 out of 35 chapters open in negotiations and the good prospect of opening further chapters under the current Bulgarian Presidency of the European Union,” she said.

Serbian PM Ana Brnabić and Mogherini agreed in Belgrade late Thursday that maintaining peace and stability in the region was decisively important and noted the significance of continuing the Belgrade-Pristina dialogue.

Brnabić welcomed the fact that the European Commission’s Serbia 2018 Report recognised the country’s efforts in implementing political and economic reforms and its commitment to regional cooperation, the government press office said in a statement.

Although the report is mainly positive, much effort and work is still ahead, in particular in the areas of rule of law and freedom of the media, Brnabić said.

Commitment to political and economic cooperation among countries in the region is crucial for faster progress in the EU accession process, Mogherini said.