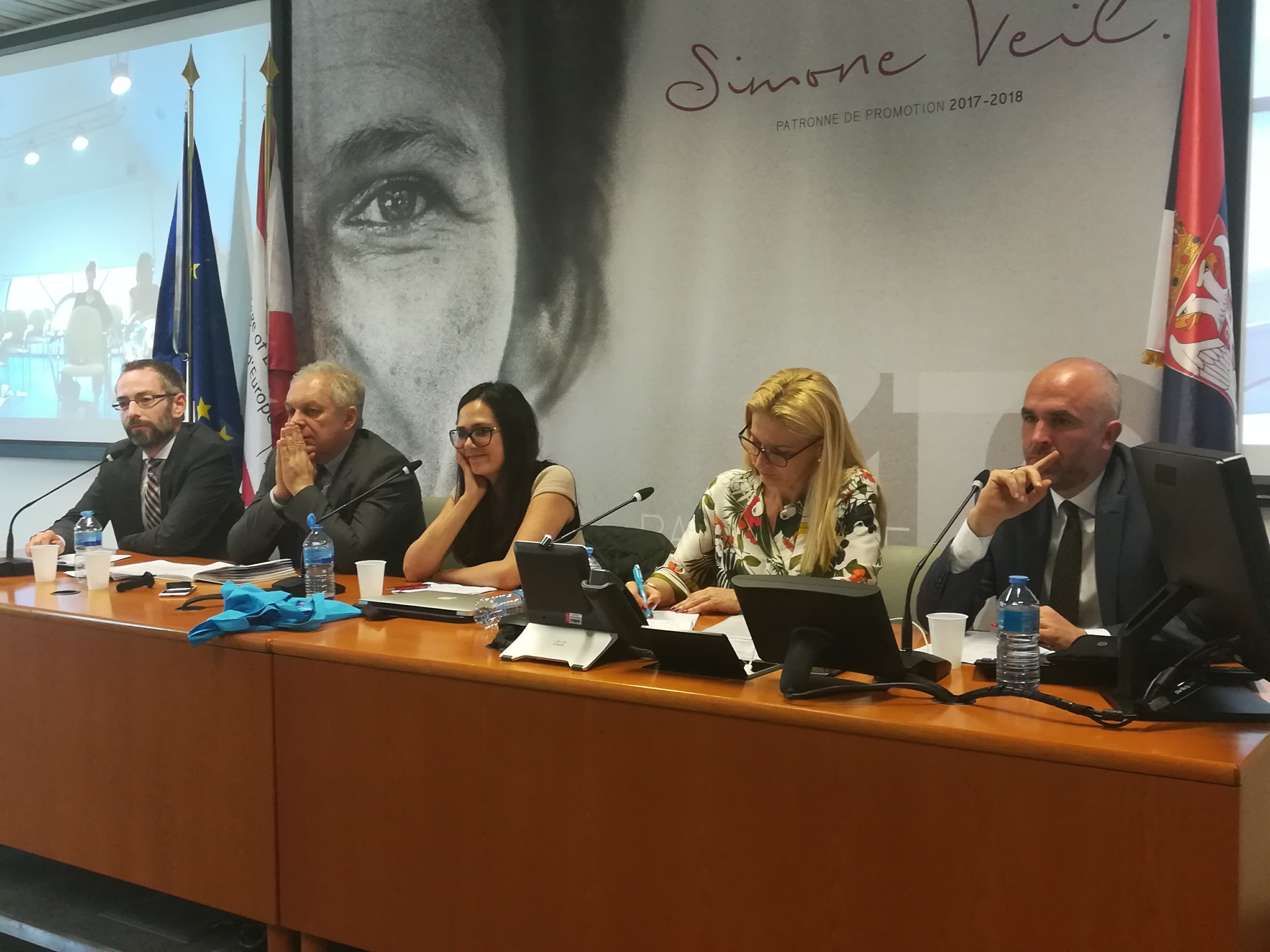 BRUGES – With the Bulgarian Presidency who put the Western Balkans back in the spotlight, the EU-Western Balkans summit in Sofia in May, Berlin Process Summit in London in June, as well as the Austrian Presidency, the region has to use this opportunity to advance its way towards the EU, it is concluded today at the debate at the College of Europe Bruges campus.

Debate titled ‘EU Enlargement Strategy – Challenges and Perspectives’ has addressed the future of the process in light of the new EU Enlargement Strategy, as well as main issues and challenges on that path. Complex regional relations in the Western Balkan, reflections on Serbia-Kosovo dialogue, European Commission’s Country Reports and the role of the EU were also topics of this discussion.

“Southeast Europe is high on the agenda of the European Union. For the first time, the EU has mentioned a concrete date with strict conditionalities,” highlighted Eduard Auer, Head of Division Western Balkans at European External Action Service, estimating that this will be a period of bustling political activity for the region due to EU-WB summit in Sofia and the upcoming Austrian Presidency.

Tanja Miščević, Chief Negotiator for Serbia’s accession negotiations with the EU noted that there are certain developments towards the EU accession of the region, but also a large number of issues in case of Serbia.

“In the European Commission’s Enlargement strategy, my favourite sentence is that the Western Balkans accession to the EU is in the best economic, political, and security interest of the EU. That is something that we wanted to hear. Since 2003, we had this continuous repetition of the pledge that at some point the Western Balkan countries will become members of the EU, but whenever we asked why you need us – the answer came in this Document,” Miščević said.

When it comes to the enlargement policy, she explains that it does not represent the foreign policy of the EU. “Enlargement is a reform process,” she said.

She also noted that solving all of Serbia’s bilateral issues is an extremely tough prerequisite condition, but that she hopes for the opening of more than two Chapters in June.

Speaking about the EU – Western Balkans summit in Sofia, Miščević said that the main topic will be the connectivity agenda. “The main focus will be on the connectivity and not on the enlargement, that is the main difference in comparison to the Thessaloniki summit,” she said.

Wolfgang Nozer, Deputy Head of Strategy, Policy: EEA/EFTA Unit, agrees that the region must use this momentum.
“It is up to the Western Balkans to take this opportunity. You have a perspective, you have the timeframe which is 2025, it is up to the countries themselves to deliver the results to their citizens,” Nozer emphasized, adding that 2025 as a perspective of accession is an ambitious but realistic date.
When it comes to Macedonia and Albania, he noted that both countries made a certain progress, and that it is now up to the EU to deliver and that they should start the EU accession talks.

However, some of the speakers believe that the EU should be more strict on the region.

“The EU needs to be the tougher through its Western Balkans Country reports. Last ones which were published this Tuesday are a reminder that we have to start calling a spade a spade. We have to communicate that the EU membership is a choice, and not only a matter of political convenience”, said Srđan Cvijić, Senior Analyst at Open Society European Policy Institute.

Speaking on the Western Balkans Enlargement Strategy, published in February, he said it had a positive impact on the region, adding that 2025 is an important incentive.

“2025 as a horizon date is a powerful incentive for the region to start meeting criteria for membership,” Cvijić sed.

However, he explained that some leaders in the Balkans are not so enthusiastic about this date, that is understood as a tangible possibility.

“The reason behind it is that they will be the first to blame if they do not meet the criteria. It will be even harder for the strongmen to blame the EU for delayed membership if the EU reaches its hands more directly towards the citizens of the region,” explained Cvijić.

When answering the question of the audience, consisting of students from the region, the participants have agreed that the cooperation of CSOs and governments achieved through Berlin Process, such as the successful case of RYCO.

Although it was not established through the Berlin Process, a good example of cooperation between the government and the CSOs is the National Convention of the European Union in Serbia, says Miščević.

The debate was a part of the Balkan national week, organised by the students from Albania, Bulgaria, Croatia, Macedonia, Moldova, Romania, Serbia and Slovenia.

European Western Balkans portal was an official media partner of the event.

Bieber: Agreement good, EPP should pressure VMRO and New Democracy to support it