Last week, the European Commission published its yearly country reports for all countries of the Western Balkans, including Turkey. While Turkey seems to stride away from the European perspective, for a country such as Kosovo, this perspective is the only option.

Despite being at the early stage in the area of the judiciary, fight against organized crime, at an early stage of a functioning market economy and its alignment with European standards, Kosovo achieved some level of preparation and made progress in certain fields of assessment. One of the most important achievement was the ratification of border demarcation, raising hopes for a fast but far visa liberalization regime, despite being one of the key criteria for Kosovo’s liberalization.

Kosovo has encountered multiple transitions that have left it ill-equipped to address a range of public ills. As a state, Kosovo had the opportunity to benefit from a “clean-slate” approach, which it failed to utilize – today Kosovo must conduct more reforms than countries that inherit centuries of bureaucracy. Challenges such as weak judiciary, patronage, clientelist procurement, and substandard education pose serious threats to the country’s future. Kosovo’s anaemic government and dysfunctional Assembly are too weak to tackle the sequences of most of these challenges, let alone handling with sequences of challenges that need immediate action.

The political criteria as assessed by the Commission rates Kosovo as fragile when it comes to the government, oversight of the executive and functioning of the Assembly. The upstaged attempt by a group of parliamentarians to abrogate the Law on Specialists Chambers left Kosovo politically desolated, enraging foreign ambassadors which threatened Kosovo with isolation and consequences in the international arena. It was just two years ago that the Commission praised Kosovo for encouragement and political maturity in establishing the Specialist Chambers. This attempt, for some even considered as a “coup d’état”, seriously undermined the maturity and the readiness of the government to comply with the self-undertaken international obligations and prosecute and judge those involved in alleged crimes.

Kosovo Assembly did not proceed with abrogating this law, nor did pass other laws that are necessary for Kosovo’s progress. As noted in the Commission’s report, the Assembly would need to improve its performance and guarantee oversight of the executive. Commission also calls for the authorities to impose a cap on the size of future governments. The current over-sized government has 21 ministers, 5 deputy-prime ministers and more than 70 deputy ministers. Such over-sized government, but less effective, scrapes the decision making and effectiveness of this government to pursue much-needed reforms across political, judiciary and economic reforms.

Comparing European Commission’s Reports on Kosovo, specifically on corruption, transforms into a game of finding the differences, which are few. Corruption, perceived as the biggest problem by citizens, remains endemic. The report notes that Kosovo is at an early stage/has some level of preparation in the fight against corruption. The exact assessment was made also in the 2015 EC report. It seems that the only notable thing Kosovo is good at is adopting and adapting strategies, laws, by-laws, and establishing task forces that fail to produce concrete results in the end, but always succeed in attracting the same recommendations from EU – more concrete results.

It should be noted that the report fairly identifies progress in the area of track records for the investigation and prosecution of high-level cases, and also on preliminary confiscation of assets. However, this should not serve as a praise, as the final step is missing. Final confiscations still remain low, and final verdicts on high-profile cases are still not satisfactory.

Fighting corruption cannot be measured with ease, and it is illogical to expect that one conviction of a high-level case meets the criterion of fighting corruption. Nor do fifty convictions of high -level cases. Commission clearly purports this notion by stating that “prosecution needs to improve its capacity and willingness to pursue cases”. The idea is not to just persecute for the sake of persecution, but to show the will to persecute impartially.

When there is a will there is way

The report focuses on specific parts, which this short op-ed will not dwell upon, however, one conclusion can be drawn easily – the changes are simple. The Commission also provides Kosovo with a plan for the upcoming year – with concrete and easy steps. Each of the steps proposed does not pose any conflict with other laws, and nor does it pose any complex undertakings.

The question then becomes simple – is there a will? Briefly, I’ll go through some of them just to show the idea. One recommendation states the increase the number of prosecutors in the special prosecution office and building their capacities. If the fight against corruption was serious, this could have been achieved a long time ago, and logistically it can get started within the day. Other recommendations include amending legal frameworks, which again only would enhance our progress in state-consolidation.

It is of utmost importance to look at the progress made by the political parties themselves. European Commission recommends that the political parties publish financial and campaign disclosure reports, which ought to be audited, and to apply sanctions for violations. Recently, financing of political parties is being reviewed, and yet, they remain hesitant to acknowledge sanctions. Clearly, Commission’s next year report on Kosovo will copy-paste this part.

The best time to plant a seed was 20 years ago, the second-best time is now. Each institution should reflect on the assessments made by this report, but not limit itself to it only. Kosovo ought to see the path to EU as a regatta race and reap the benefits, as the steps have never been clearer. 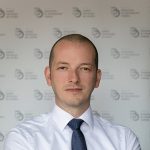 Executive Director of the Democracy for Development from Kosovo and a member of the Balkans in Europe Policy Advisory Group (BiEPAG).