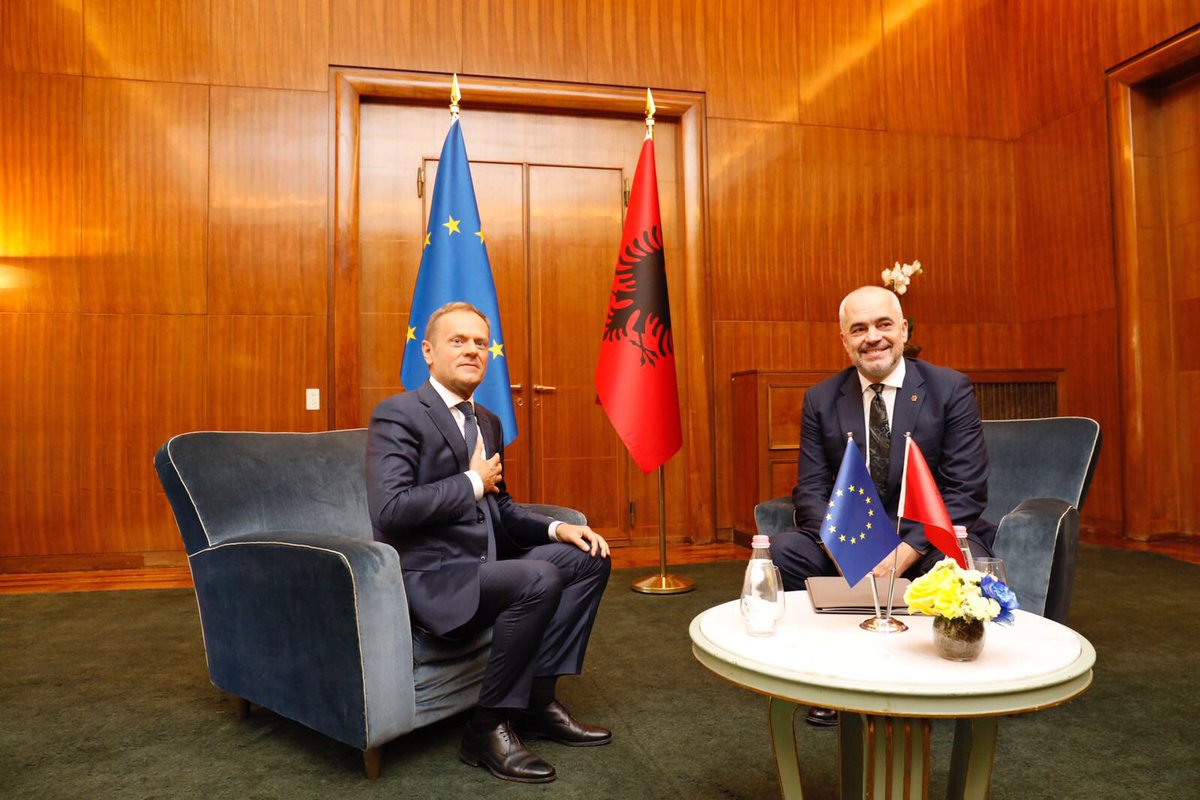 TIRANA – It is in the interest of EU that Albania and the whole region of the Western Balkans be fully integrated in EU, stated Donald Tusk, President of the European Council.

According to him, this shows that Albania has made great efforts and is getting ready to start one of the country’s most historic projects ever.

“When my country started similar talks around 20 years ago, we all knew there was a lot to change in Poland. My dream is for Albania to feel the same path as Poland in the EU. With your proud history, with Scanderbeg that defended Europe from the Ottoman Empire, I have no doubt that you will make it,” he said.

EU integration, according to Tusk, is a process that will not happen overnight, there are many challenges on the way. He lauded the ambitious reforms launched in Albania, adding that Albania has done enough to start the accession negotiations.

“This is my opinion and I am not alone in this conviction. Another challenge is to persuade all member countries in June to start the negotiations. I am aware that this process will resemble an obstacle race rather than a highway,” Tusk said, expressing his conviction that EU and the Western Balkans belong to the same place.

Tusk pointed out that EU is the principal trade partner and main donor of Albania.

“My visit here today in Tirana is the first stop of a weekly tour to the Balkans in the run-up to Sofia summit where we are about to re-affirm the European perspective of the Western Balkans. But it is important to define the ways and means to improve connections within the region,” Tusk said.

Albania and the Western Balkan countries should be fully integrated in the European corridors of transport.

Tusk appealed for investments to ward off power outages. He stressed that the youths from the region should have more opportunities to study in EU.

“We need to step up our joint efforts for cultural exchanges. To encourage cooperation, we do not need to wait until EU enlargement. Let me get this clear: This programme of connectivity is not an alternative to enlargement, it is the best way to make use of the time between the present and the future in the most effective way,” he said.

The Sofia summit, according to Tusk, will be a great opportunity to discuss the joint security challenges.

“Albania sees EC recommendation for opening of accession negotiations not as a finish line but as a starting point for a new, yet more difficult stage towards the EU membership,” Albanian PM Edi Rama stated.

PM added that the meeting touched on one of the key features of the process and main achievements of the country in this process, justice reform and results of vetting, but also other reforms.

“This is a process in which we are involved not because it is another party that asks us to do so, the truth of the matter is that this is a project in our national interest and of our children.

PM said that the meeting with President Tusk focused on regional cooperation and inter-action. “This transformation process of the region is related to the region’s perspective,” Rama said.

Apostolova: For the European Union fight against corruption remains a priority