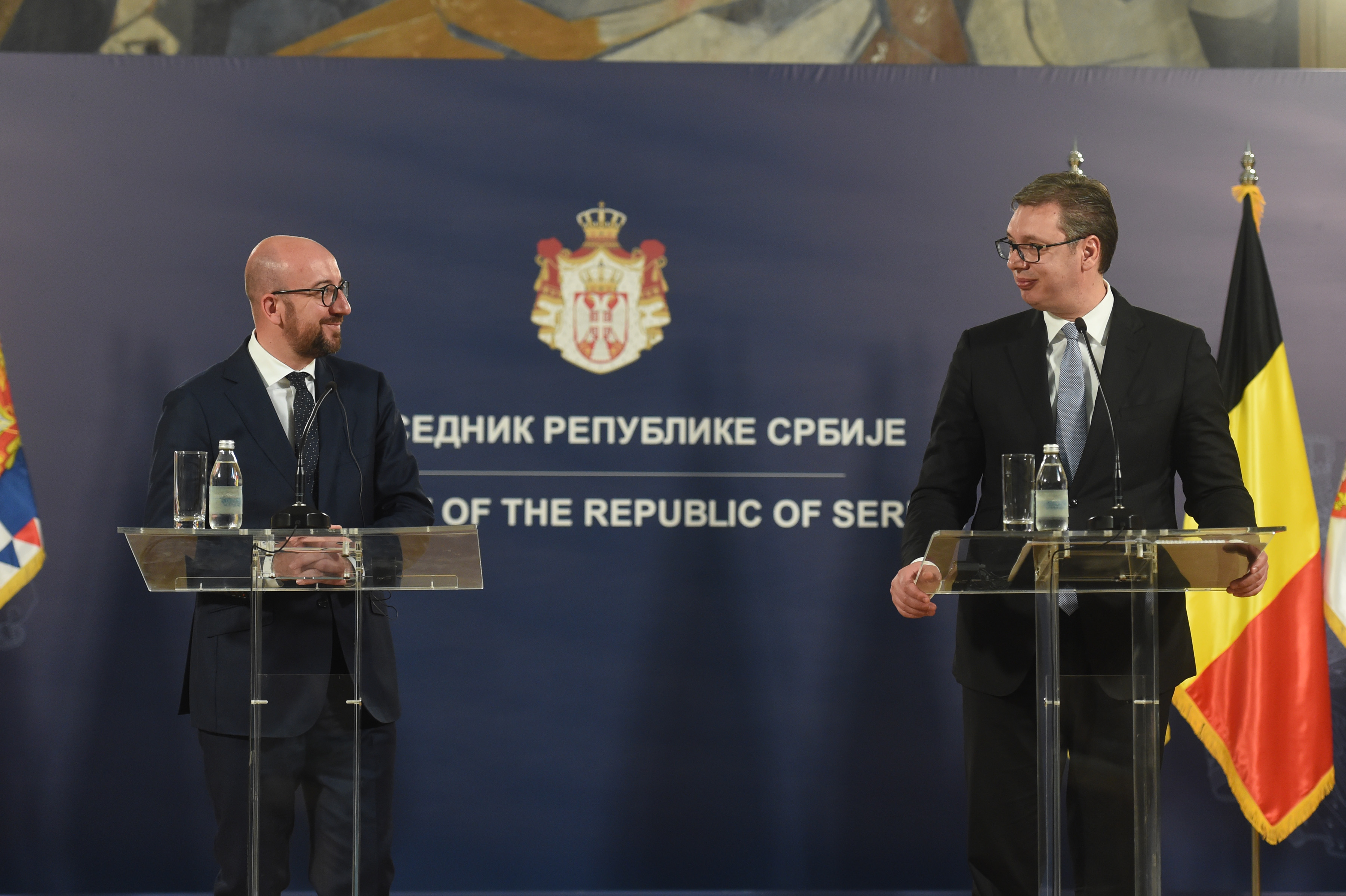 BRUSSELS – Belgian PM Charles Michel, who is on a two-day official visit to Serbia, has brought new proposals concerning the implementation of the Brussels Agreement but, like his host, Serbian President Aleksandar Vučić, he declined to elaborate until they have been discussed within the EU, reports Tanjug.

“I cannot say more about those proposals until they become part of the EU policy and until some other factors have agreed to those proposals,” Vučić told a joint press conference after a meeting with Michel.

Serbian President noted the proposals could be “interesting in the future”, which raised certain questions on whether the EU is preparing to speed up the Belgrade-Pristina dialogue.

“We discussed the European path and the most important topic is that we have the biggest obstacle on the path towards the EU – the agreement that needs to be reached with Pristina,” Vučić said.

Michel continued in the same manner by saying that when he goes back to Brussels he will share all those opinions and positions, as well as some potential procedures. “We will also discuss the Community of Serb Municipalities because it is something we need to talk about and where work must be done,” Michel said.

Steven Blockmans, Senior Research Fellow and Head of EU Foreign Policy at CEPS and professor of EU External Relations Law at the University of Amsterdam, believes statements made by Belgian PM are ‘mind-boggling’.

“He is raising more questions than he is willing to answer, it seems. Perhaps Michel is thinking that the multi-layered governance solution found to resolve linguistic problems for the 19 municipalities of Brussels is applicable to northern Kosovo. Then again, every ‘model’ is fraught with problems when applied to another context,” says Blockmans.

When it comes to the traditional policy of Belgium towards the Balkans, Blockmans points out that Brussels has always been very supportive of the integration process.

“The traditional policy of Belgium towards the Balkans has been one of emphasizing integration, not fragmentation. This is logical if one considers that Belgian politicians are wary of a possible boomerang effect of solutions in the Western Balkans on the complex construct of Belgium itself,” explains Blockmans.