The 17th of April 2018 marks an important date in Albania’s path to EU membership as the Commission recommended for the first time an unconditioned opening of EU accession negotiations with the country. However, whether the Council will follow-up with a decision to officially open accession negotiations this June, remains uncertain.

The consolidation of the progress reached in each of these areas is expected to be strengthened through future efforts during the negotiations.

The question remains whether the Council will decide to follow the Commission’s recommendation. A unanimous vote from 28 EU member states represented in the Council is required for Albania to open EU accession negotiations.

Despite a positive Commission recommendation in 2013, it was not until 2014 that the Council decided to grant candidate status to Albania. A similarly negative decision was taken in 2016, after a conditional recommendation on future reform by the Commission to open accession negotiation that year.

Since then Albania has embarked on a long vetting process aided by the EU and US through their ambassadors in the country, to clean up its justice sector of corruption and politicization. The vetting has yielded some significant results, with a number of high-level judges and prosecutors leaving their posts. This progress is important in addressing scepticism in the Council, which, together with the Commission, has prioritized rule of law, corruption and the fight against organized crime in their communications.

Even though still lacking convictions of high-level state officials, the vetting process in Albania’s judiciary is expected to produce results soon in this area. This expectation, fuelled by the US ambassador’s statements on “catching big fish”, has further polarized Albanian domestic politics.

Whether or not a “big fish” will be caught before the Council decision in June or December this year, remains highly uncertain. Yet, there is still some room for optimism for Albania in 2018.

Also for the first time, the Commission presented 2025 as a possible target date for EU enlargement, in its Enlargement Strategy Communication of February 2018. This date is intended to be a deadline to push reforms in the region, but it can also serve to dissuade EU member states from blocking future accession progress. Indeed, the deadline of 2025 was successful in initiating needed debate led by French President Emmanuel Macron, between the question of further enlargement or the “deepening” of the Union in the future.

Secondly, EU engagement with the region has increased in recent years. Both the High Representative of the Union, Federica Mogherini, and Commission President Juncker visited the region this February. Also on the 24th of April, EU President Donald Tusk started a regional visit from Albania with the message that there is a clear EU future for the Western Balkans.

A planned EU-Western Balkans Summit will be held in Sofia on 17 May, organised by the Bulgarian EU Presidency. The last summit with a similar framework was held in 2004 in Thessaloniki. Indeed, looking at future EU Presidencies with Austria taking up next, followed by Romania and Croatia in 2020, this EU focus on the region is expected to be maintained.

Thirdly and lastly, despite a continuing polarized environment in Albanian politics, it seems that the opening of negotiations by the EU has unified both the ruling Socialist Party (SP) and main opposition party, the Democratic Party (DP). Despite continuous accusations, the SP leader and PM of Albania, Edi Rama and the DP leader Lulzim Basha, have publicly supported the opening of the EU accession negotiations with Albania.

As such a unified position between these two parties’ leaders is a rare occurrence in Albanian political history, hope remains that their efforts will have a positive effect in convincing scepticism in EU member states, especially Germany, where both leaders have visited Berlin to lobby for Albania’s accession.

It should not be ignored that together with Albania, Macedonia has also received a recommendation from the Commission to start accession negotiations, underlining the progress made in their bilateral negotiations with Greece over the name dispute. A synergy of lobbying efforts between Albania and Macedonia, which have engaged together repeatedly in different regional summitry processes, such as the Berlin Process, could be crucial for the Council to take a positive decision in opening accession negotiations for both countries and advancing the region’s EU integration, in line with current momentum.

Despite substantial progress since the fall of communism, Albania remains behind the EU average in terms of economic development and good governance, ranked partly free by Freedom House in 2018. However, the small country with a population of just 2.8 million inhabitants, has also made significant progress in rule of law, especially when Albanian political parties unanimously voted for the first time in 2016 to change a third of Albania’s constitution, in line with demands from the EU and Western partners. These constitutional changes cleared the way for the vetting process and also a Special Prosecutor’s office (SPAK) which is expected to bring to justice the first high-level state officials.

In the absence of any serious political disputes with its neighbours, Albania is the only Western Balkan country that has advanced this far in reforming rule of law. Hence, the Council’s follow-up decision shall be viewed with high interest from the other acceding countries in the region that are still expected to start their own reforms in this area.

RSF Index 2018: Governments create a hostile climate for journalists in the Western Balkans

What Trump Gets Wrong About EU Defense 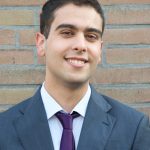 Student at the College of Europe in Bruges, studying EU International Relations and Diplomacy. He has an LLM in European Law from the Leiden University and a BA from Leiden University College, Major in Global Justice and Minor in World Politics.