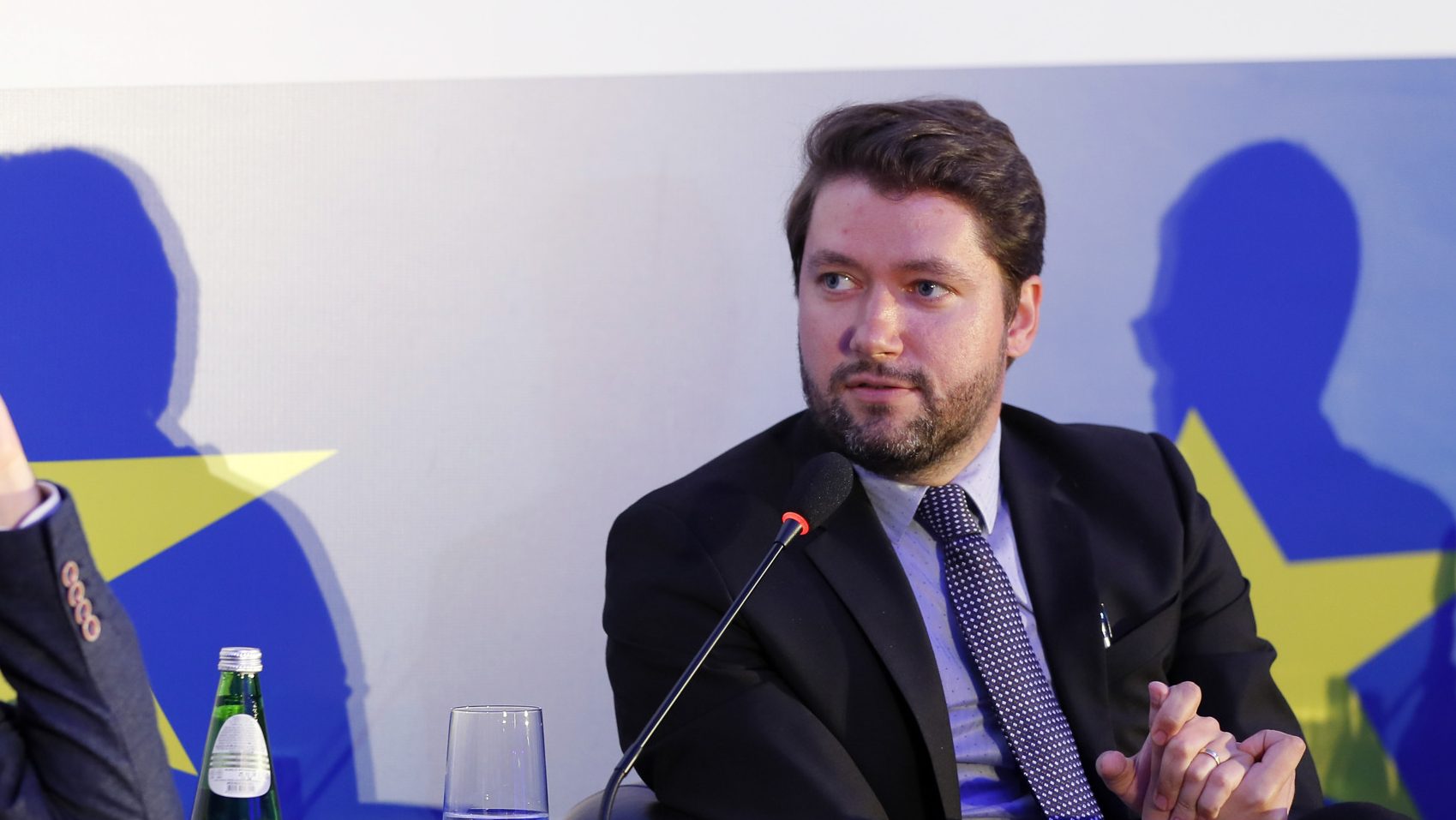 Interview with Tomáš Nagy, Research Fellow in the Defence and Security Programme at the GLOBSEC Policy Institute. Nagy was a speaker at the CFSP Serbia conference, organized by the ISAC Fund on 25 April in Belgrade.

European Western Balkans: How do you rate Serbia’s alignment with the EU’s common foreign and security policy?

Tomáš Nagy: I am not an expert in Balkans and Serbia, but what I can tell from my perspective is that there are some good hopes that Serbia would be aligning itself to the EU policies more closely. It probably could have been more intense.

We have been in a period through the past few years where is difficult to see tangible progress. Probably the negotiators can speak in more practical terms. But if you are looking from the outside, even from an expert perspective, the progress is maybe not as tangible as it may have been. So there is good hope.

What I personally see positively is that the issue of accession of new countries is again back on the table, which has not been the case for the past several years. We are open to debate on the accession of new member states, which is for me very surprising, because I was expecting that the accession process would be slowing down more because of the crisis and political problems that the EU had.

Interestingly enough, Western Balkans is back on the track for some reasons. So there is a reason for cautious optimism, but I will not hide away my tag that progress is not actually strong as it could have been if you looked a perspective in the past ten years.

EWB: How the creation of PESCO and strengthening of the EU defence policy may affect the Western Balkans states who are aspiring to become EU members? What does it change for them?

TN: First of all, it gives the EU an image of being a defence actor as well. The EU started as an economic project, a common market for a limited number of goods, then it was extended with the European single market, and then started to have its political identity. Now the identity toolbox is enriched by a defence identity.

It is difficult to say how ambitious or successful PESCO will be and whether it would be really inclusive in the long run. But nevertheless, the EU is about to have some kind defence identity, and from my point of view, Serbia and Western Balkan countries make the picture of the EU a bit more colourful. Aligning yourself to European legislation and European political standards is a challenge, and now you have one more layer to align with, and that is the defence.

Europe is very far from having a common defence identity, with threat perceptions very different in Poland and Portugal. But there is a movement of aligning it, and it may be the case by case scenario that some countries in Western Balkans may find it useful, and some maybe less useful.

We will see in the future thinking of Serbia whether is it positive or negative, but I am expecting a more positive nature in case of Serbia, because if we have emboldened defence policy at EU level, that will give an option to Serbia to cooperate with EU countries in defence matters within the EU and not only NATO, because we know NATO is still problematic in Serbia.

EWB: Is NATO accession becoming less important for Western Balkan countries now that the EU is strengthening its own defence policy?

TN: I think NATO accession is stopped at the point where Macedonia is really blocked by one country, and if Macedonia manages these problematic bilateral issues with Greece, I think there is an understanding that they will join.

Georgia is actually technically very well prepared to join even tomorrow, but the fact they have a huge conflict with a geopolitically extremely strong actor, prevents them from joining. But that is not the case with the Western Balkans, it is really about the technical alignment and it can be a matter of time. I do not see a substantial reason why a good number of countries from the Western Balkans would not be able to join NATO.

EWB: After Brexit, two of the largest NATO member armies in Europe will not be a part of the EU. What does that mean for the future of EU-NATO relationship in Europe?

TN: It is interesting, because on one side UK is leaving the EU, and on the other side it has been engaged in defence matters mainly through NATO. It is maintaining its membership in NATO, of course, and there is a promise that they would be active when it comes to European security.

There might be more bilateral cooperation with certain countries. So I think there is a way how they can sustain or even increase their level of presence in Europe even outside the European Union platforms.

The second question is whether there will be a place for the UK in European defence following PESCO and all those kinds of new European defence projects. It is really up to the European countries to decide, because in the long run, I am sure that providing UK with an opportunity to join will be rewarded with a positive answer from the UK.

The UK has a good set of capabilities that could be useful for Europe. The EU is now having a mission in the Mediterranean, which is headed by a UK commander and even its command from a base in the UK. So this is a good example that the UK is already engaged in European security.

When Brexit happens, we will have myriad of different institutional and legal questions, but if there would be good will on both sides, I am sure that the UK would be included in some way, shape or format in the European defence architecture.

EWB: Do you think that the events that happened in last two years, primarily UK leaving the EU and Donald Trump leading the US, could bring negative consequences to trans- Atlantic relations and to NATO itself?

TN: So far it is difficult to say. On one side, you need to admit that the Brexit was not the option of the British political elite, either Labour Party or Conservative Party. It was simply a result of the referendum, but it was their decision to honour this referendum even though it was not legally binding. I think that in the long run, they will try to do their best to mitigate, make sure that Brexit doesn’t harm not only their standing in the EU, but certainly to prevent any harm to NATO.

With the election of Trump, of course, we had this very big talk about how the US is critical of Europe for free-riding on American money devoted to defence, but we need to understand that this level of American criticism has been coming for many, many years. It did not start with Trump.

With Trump, we have a difference in style in how this criticism is expressed. Back then it was diplomatic, it was never said that NATO can be closed down in one day because you aren’t paying the bill. That came with Trump. But again, the logic has been there, the narrative is very similar. The difference of styles is very shocking for NATO, but in case of substance I am not sure is there that much of dramatic change.

The US is currently increasing expending for the troops in Europe. Even under Trump, they are increasing the money they are devoting to American troops stationed in Europe. So far there is an understanding that Trump has not really changed NATO standing as much as the worst scenario could predict a couple of years ago. There is more continuity than revolution and it all comes to the question whether Mr. Trump is re-elected or not.

It is still difficult to tell, but if he gets a second turn he may be even more relaxed, because there is no more election coming afterwards. But again, he is rather difficult to predict, but he is also surrounded by leading national security figures who are actually advocating staying in NATO and also emboldening the American role in NATO. We are seeing an increase in European defence expenditure since 2015, and this was the third year where there was an increase, not stagnation or decrease. We are back on a solid track and it is politically sellable to the US. That is probably not to the extent they would like to see, but at last the trend is not that bad.