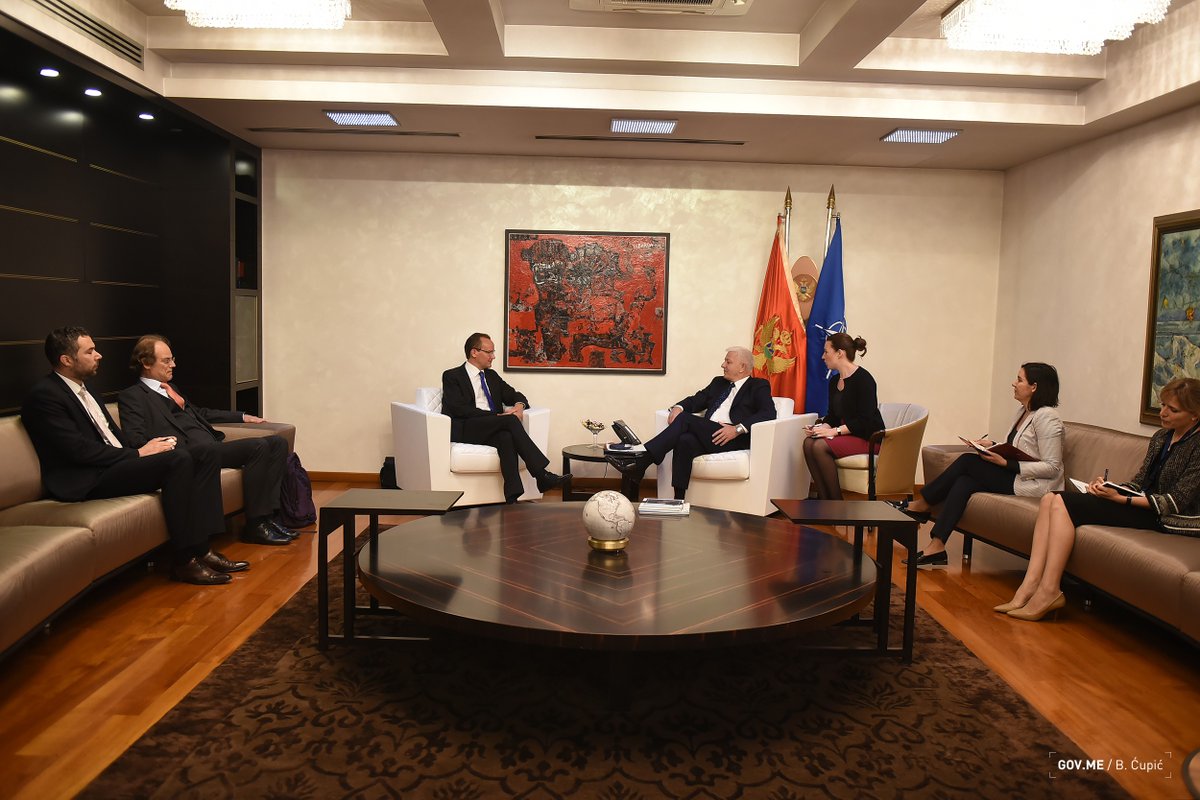 PODGORICA – Prime Minister of Montenegro Duško Marković met today with Chairman of Committee on the Affairs of the European Union of the German Federal Parliament (the Bundestag) Gunther Krichbaum.

Thanking Germany for supporting Montenegro in the process of European integration, PM Marković emphasised the importance of the initiative launched by Chancellor Angela Merkel by the Berlin Process.

“We launched, thanks to that fact, things in the Balkans from a dead point. I think the first effects are already noticeable,” Prime Minister Marković said, expressing confidence that in the Region, more efficiency is needed in this process, especially when it comes to cooperation in the areas of security and infrastructure development.

“Montenegro does and will do everything to contribute to the success of the Berlin process,” the Prime Minister said.

The Prime Minister stressed that Montenegro wants to improve bilateral cooperation with the Federal Republic of Germany, not only on the economic plan and in attracting German investments, but also in the field of transferring knowledge and experience that would strengthen our country and its capacities. In this context, the Prime Minister recalled the great importance and effect of Germany’s expert assistance in the process of reforming our judiciary.

At the meeting, the Chairman of the Committee of the Affairs of the European Union of the Bundestag expressed satisfaction with the process of European integration of Montenegro.

“Germany supports your path towards the European Union,” Chairman Krichbaum said, adding that it is necessary to make even more important and difficult decisions in this process, especially in the field of the rule of law. The two officials agreed that the successful economic policy of the Government of Montenegro is of great importance for further quality management of this process.

Prime Minister Marković informed Chairman Krichbaum about the fact that Tuesday’s armed attack on journalist Olivera Lakić suffered a strong condemnation of both the Government representatives and the whole of Montenegro, assessing that he also sees this attack as an attack on democracy and democratic institutions and stressing that it is necessary that the investigation of the attack deliver results quickly.