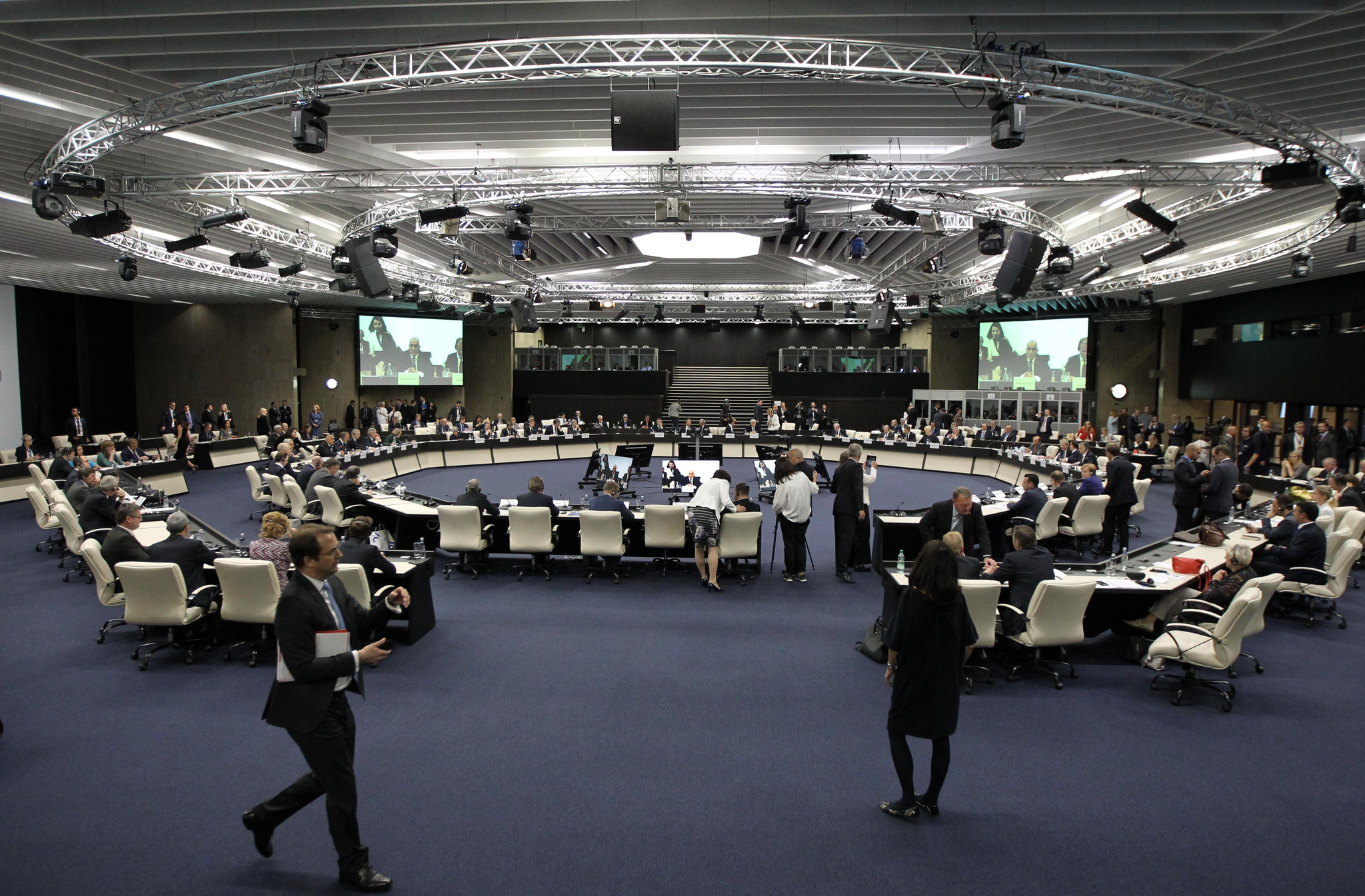 EWB was live from the EU – Western Balkans Summit in Sofia. All times are East European Standard Time (EEST, GMT+3)

French president Emmanuel Macron said at the press conference that he wants to see the Western Balkans “anchored in the EU”, as it would be bad if the region would turn towards Russia or Turkey. He said that countries that pursue reforms should be rewarded, as certain progress cannot be denied. However, even though enlargement should be encouraged, it can only end with accession if the EU itself reforms. According to him, both the EU and the Eurozone need to be “modernized”

Greek PM Alexis Tsipras at the press conference: “We have covered a large distance, but there is more to go. We are examining all the details, but we cannot yet talk about an agreement. We would like to see a result by the EU Summit in June.” Macedonian PM Zaev has previously announced that the mutually acceptable solution for the name issue has been found (see below)

Kosovo President Hashim Thaci: “Kosovo respects the territorial integrity of Spain. Under no circumstances can be there be a parallel between us, Spain is not Serbia and Kosovo is not Catalonia. Kosovo and Spain remain to be friendly countries”

Tusk said that leaders agreed to organize an EU – Western Balkans Summit in 2020 in Zagreb (announced by Croatian PM earlier, see below), and that connectivity agenda is not a substitute for enlargement.

Borisov said that the EU member states should not be afraid of enlargement and that enlargement will be back on the agenda on the EU Summit in June.

Juncker: “EU forged even closer connectivity and digital links with our friends from the Western Balkans. Anchored to the EU means sharing values and principles: Rule of law, fight against corruption and freedom of expression.”

15:00 German Chancellor Angela Merkel on the press conference: “I do not think 2025 is a realistic date for the EU enlargement. More important is the progress that has been achieved by the candidates”

DECLARATION OF THE EU – WESTERN BALKANS SUMMIT: You can find the full declaration here

BREAKING: Macedonian PM Zoran Zaev stated on the press conference that Macedonia and Greece have reached an agreement over the name issue. According to him, the two sides found an option that could be acceptable to both countries, but conversations with heads of states, opposition parties and other leaders need to be held first and other details need to be discussed.

13:30 First plenary session on connectivity completed. Delegates went for the family photo to be taken.

Western Balkans: Trade with the EU – 73%, trade with Russia 4,8%. Take a look at the infographic on Connectivity Agenda here.

12:30 Press conference by European Parliament President Antonio Tajani: “Policy on the Western Balkans is crucial for the European Union, because the stability of the Balkans is the stability of the European Union. The crucial points are illegal immigration, engagement against terrorism, and growth of the region. I proposed on the Summit a package of 10 billion euros for new investments. I support membership of Serbia and Montenegro by 2025.”

Serbian daily Blic reports that roaming charges between the EU and Western Balkans countries will not be abolished.

Press conference by EP President Antonio Tajani is scheduled for 12:00 EEST (11:00 CET) You can watch it live here. Update: RESCHEDULED for 12:30.

Infographic on trade in the Western Balkans you can find here.

Extracts from the session can be seen here.

10:15 The first plenary session on connectivity commences and will last until approximately 13:00.

Croatian PM Andrej Plenković: “Croatia will organize another event in 2020 when we hold the Presidency of the EU, to create a systemic approach to EU enlargement and to better support the countries in the region”. He announced that there will a Zagreb Summit in 2020.

The region has to become actively engaged in resolving current challenges and demonstrate its ability to conduct the necessary reforms, it was stated at yesterday’s event In Dialogue with the Western Balkans. For more information click here.

German PM Angela Merkel: “For the sake of our peace and security we need a stable Western Balkans region with good economic development”

EP President Antonio Tajani: “The Western Balkans is a key point for us. We need to work for the prosperity in the region.”

Austrian PM Sebastian Kurz: “We support all these countries on their European path, our goal is that progress is made during the Austrian EU Presidency”

Swedish PM Stephan Lopfven: “We have many important things in common to discuss, such as security and migration”

Commissioner Johannes Hahn: “The Western Balkans strategy is all about a European perspective, but it is a merit-based process, meaning each country has to do its homework first. Let’s use the momentum we created now and make decisive progress on the EU path”

More accountable governments and more active citizens should be the EU’s goals for the Western Balkans, was stated yesterday at the conference Democracy that Delivers: Ten Years Later – Unlocking the Potential of the Western Balkans. Read more here.

The Summit brings together leaders of European Union member states and Western Balkans states, with the exception of Spain, which does not participate in the event because of Kosovo’s presence. Spanish PM Rajoy, however, came to a two-day visit to Bulgaria and did attend the informal dinner on 16 May.

09:15 Delegates are arriving at the National Palace of Culture, where the EU – Western Balkans Summit takes place. Doorstep statements to the media and handshake with Bulgarian PM Boyko Borisov.