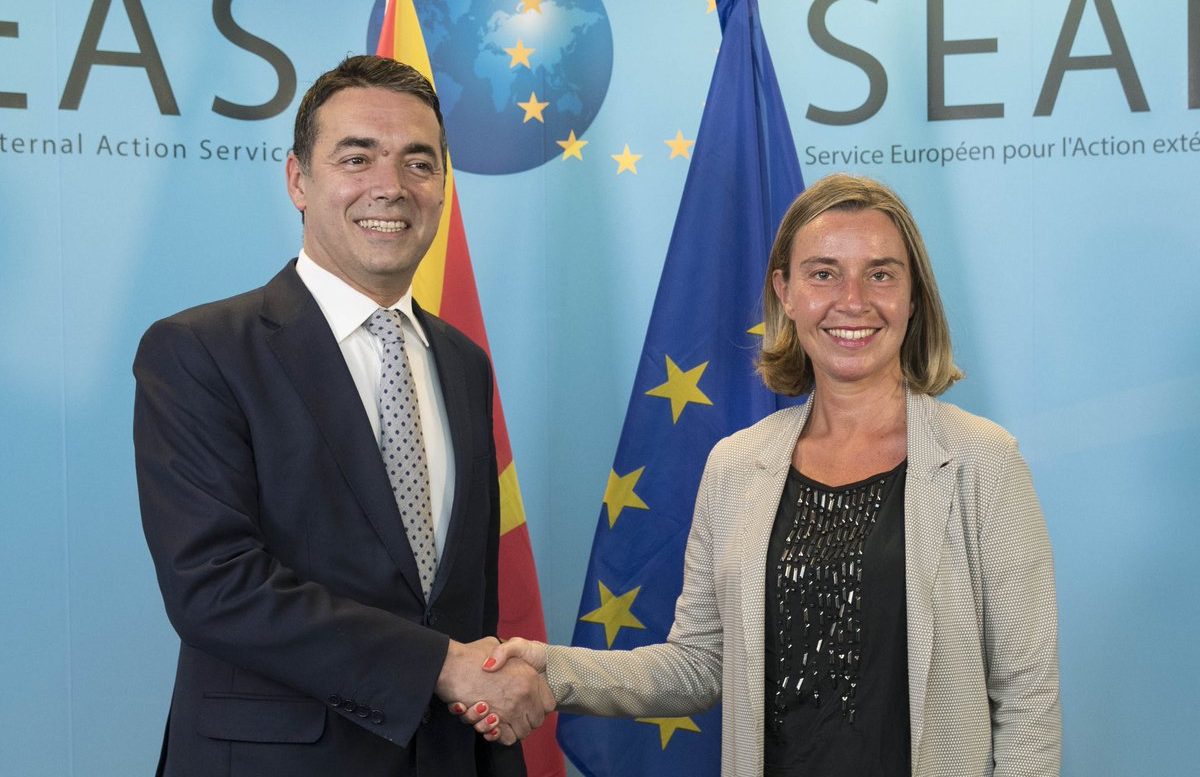 BRUSSELS – Nikos Kotzias and Nikola Dimitrov negotiated and reached a compromise on the name dispute late night. High Representative/Vice President Federica Mogherini met yesterday afternoon with Minister of Foreign Affairs of Macedonia Nikola Dimitrov and was briefed about the significant progress made in the ongoing negotiations on the name issue.

“We had a productive meeting, we have a framework that needs to be worked out and currently the legal teams of the two ministries in Athens are working on it. Now, we are planning an important conversation between prime ministers Zaev with Tsipras in the middle of this week, where we hope to cut down some important things from the options that are at play”, Dimitrov told MIA.

The Macedonian Foreign Minister had an informal breakfast this morning with EU foreign ministers and deputies. France and the Netherlands were the strongest in terms of the start of negotiations, as was expected.

“It is nice to know that this is not that simple. We are not in a situation to demand luxury or to miss out on historic opportunities”, Dimitrov told MIA.

From Thessaloniki to Sofia and Beyond: Heading towards a Credible European Enlargement towards the Western Balkans?