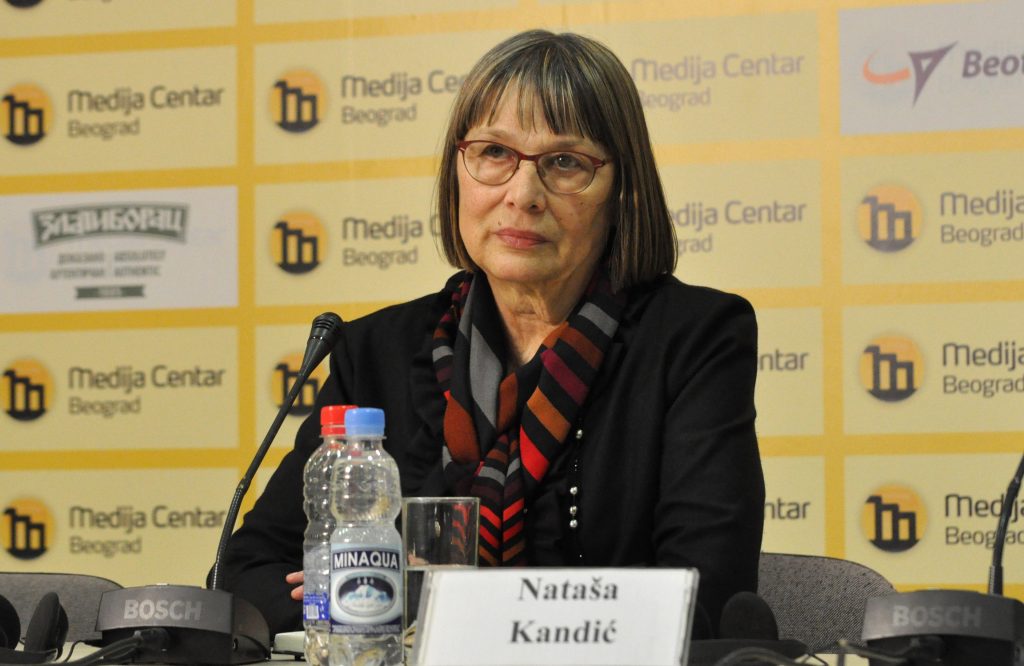 BELGRADE – Individual national truths about victims and war crimes amplify lies and manipulations and hinder the public recognition of all victims, said in an interview for Serbian newspaper Danas Nataša Kandić, founder of the Humanitarian Law Center and coordinator of the Initiative for RECOM.

The signing of the Declaration on the Establishment of RECOM (Regional Commission for Establishing Facts on War Crimes and Other Serious Human Rights Violations Committed in the Territory of the former Yugoslavia) is expected at the upcoming London Summit of the leaders of the Western Balkans and a member of the EU involved in the Berlin process.

“(This) gathering will demonstrate how solid is the political promise of the presidents of Serbia, Montenegro, Kosovo and Macedonia when it comes to the efforts never dealt with by the Balkan countries – the creation of the list of war victims and the circumstances of their deaths. We expect the prime ministers of the four countries to sign the Declaration and formally begin with preparations for the establishment of the Regional Commission… and in the next year, to succeed in persuading Croatia’s leaders to rejoin the process in which Croatia’s participation in the time of President Ivo Josipović was leading, and that after the elections, in October 2018, the new BiH leaders will decide on BiH’s participation in the establishment of RECOM”, said Kandić.

She added that the advantage of RECOM is in it’s regional character and the potential to link the facts established by the Hague Tribunal and the domestic courts into a unified methodology, to verify the data on the victims’ identity and circumstances of their deaths gathered by non-governmental organizations within the framework of the Coalition for RECOM and numerous other organizations.

“(In Serbia) at this moment there is no political will to deal with judicial facts about the worst war crimes and the beginning of joint memorialization. In a political and moral sense, we are a defeated society. We do not raise our voice against the hiding of the facts or the distortion of the past,” she stresses.

According to her, RECOM is a more acceptable solution to politicians than criminal trials or lustration, because the Registry of 130.000 war victims and facts on the circumstances of their deaths and disappearances are seen by everyone from their own perspective as a chance to acknowledge their victims by the “other side”.

“If RECOM builds a register of individual fates, then ethnic memorialization as one of the biggest obstacles to reconciliation is eliminated.  RECOM is becoming the first instrument for the enablement of regional memorialization, and after that the public recognition of all victims” concluded Kandić.

Stoltenberg: This will set Skopje on its path to NATO membership

Borrell: Launch of talks with North Macedonia and Albania tomorrow