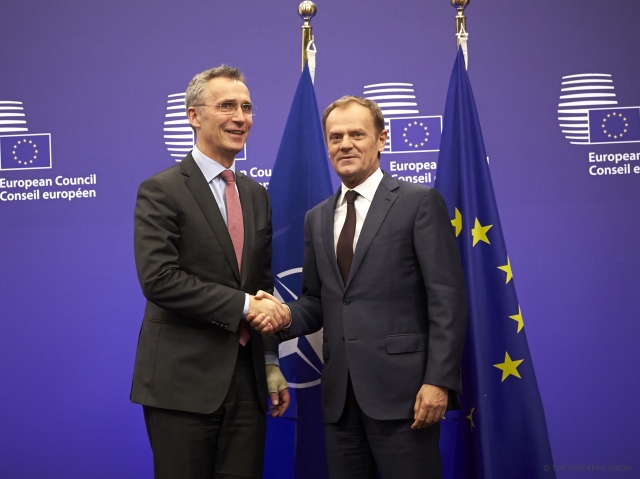 BRUSSELS – After meeting of the President of the European Council, Donald Tusk and NATO Secretary General, Jens Stoltenberg, both of them welcomeed the agreement reached between Prime Ministers Tsipras and Zaev yesterday on a solution to the name dispute.

“We hope that this unique opportunity to relaunch the wider Western Balkan region’s European and Euro-Atlantic integration will not be wasted. This agreement sets an example for others on how to consolidate peace and stability across the region”.