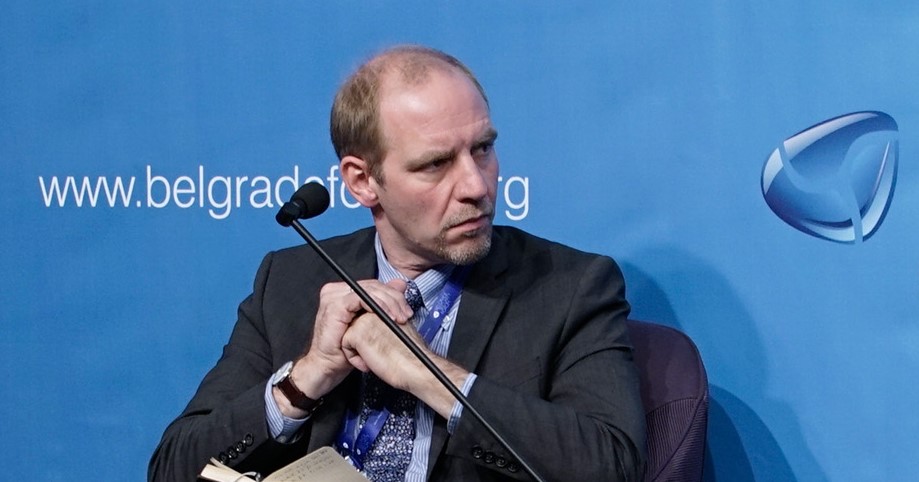 BELGRADE – The governments of Macedonia and Greece have recently announced that they have finally reached an agreement on the name of the northern neigbhour, which should henceforth be known as “Republic of North Macedonia”. According to reports, the name should be used both internally and externally, and be confirmed by a referendum on constitutional amendments in Macedonia. On the other hand, according to reports, term “Macedonian” will stay in use for both language and ethnic identity of North Macedonian citizens.

Florian Bieber, professor at the University of Graz and coordinator of the Balkans in Europe Policy Advisory Group (BiEPAG), believes that the agreement between Macedonia and Greece was a “good compromise”.

“Of course, any agreement was always going to be tough, considering the power asymmetry that means that Macedonia is forced into an agreement and Greece never trusts the sincerity.”

As Bieber explains, what makes it a good agreement is that it “offers a durable and not a temporary solution.”

“It makes clear that there are two Macedonian identities, one held by Greeks in northern Greece and one by Macedonians and that both can coexist. The agreement is built on acceptance of this duality which provides for Macedonian language and nationality and only changes the name of the country. If we think of the historical region of Macedonia, it is not incorrect – although it should be Northerwestern Macedonia, to be more precise.”

“To some degree, having an agreement is in itself what make it good, as the status quo is worse”, says Bieber.

However, the agreement remains to be ratified in both parliaments and confirmed by a referendum on constitutional amendments in Macedonia. This leaves room for the opposition in both countries to fight the agreement in the coming months.

Macedonian president Gjorgje Ivanov walked out of a meeting with Zaev and Foreign Minister Nikola Dimitrov after two minutes, claiming that he would “never sign such a damaging agreement.”

According to Bieber, implementing the agreement “will be difficult, as nationalists are strongly opposing it and as both governments are weak, especially in Greece. The success will depend on both the timing of the next steps and whether the governments will be able convince their citizens.”

“So far”, says Bieber, “both countries and especially Greece have not always prepared the ground and are confronted with passionate and radical opposition.”

As he explains, “a referendum is a high hurdle, and it will depend on the government’s ability to convince its supporters of the merits of the agreement, including EU accession talks and NATO membership.”

“Here, external actors can help offer incentives, but also, it would be helpful if the European People’s Party would exert pressure on its member New Democracy and VMRO to take a pro-European line that would end the dispute”, concludes Bieber.

EU budget: Making the EU fit for its role as strong global actor

Serbian letter to EU complete but will be delivered later