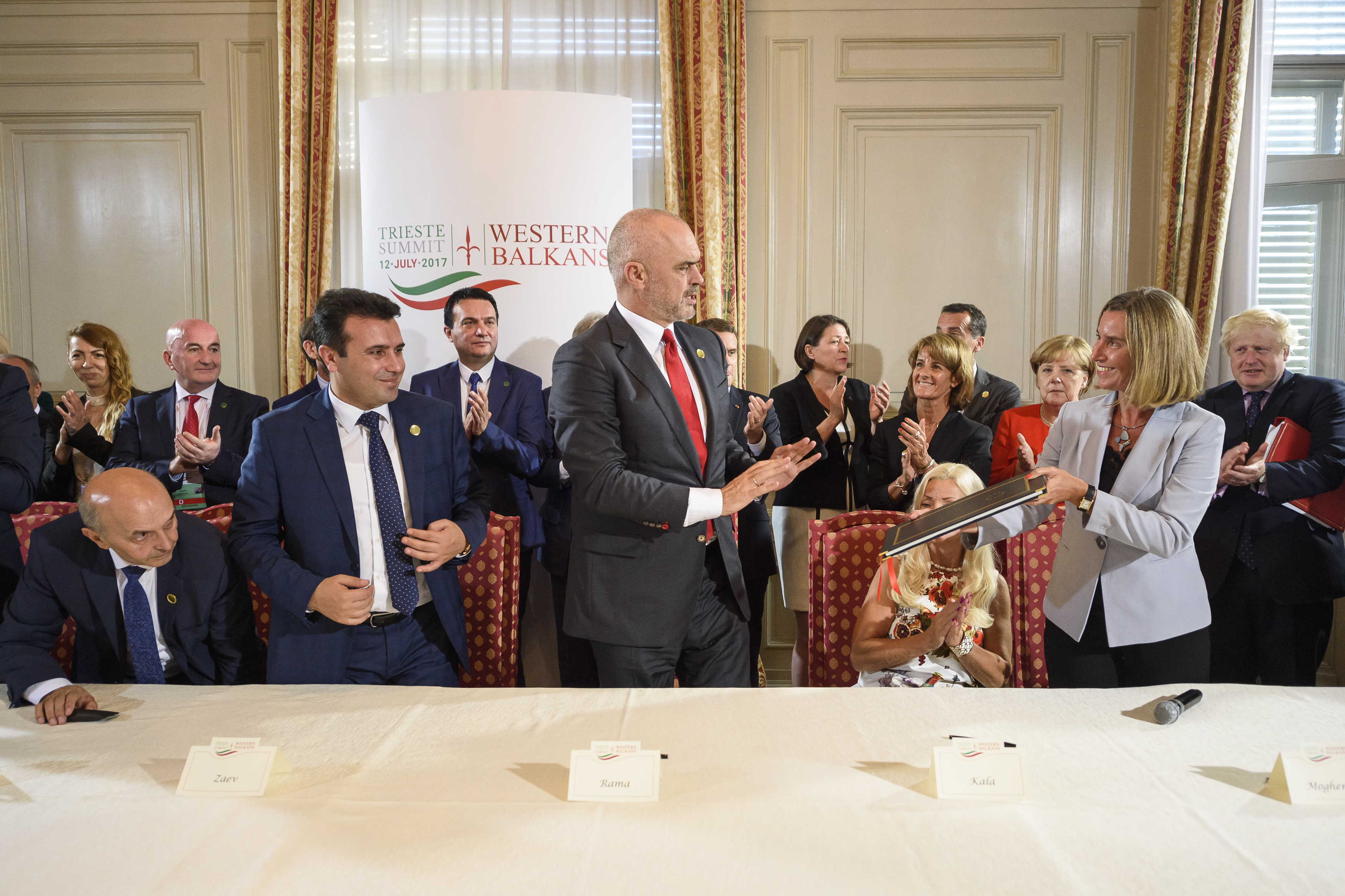 This op-ed was originally published on Euractiv and can be accessed here.

Everyone was taken by surprise on Tuesday (26 June) when EU ministers agreed to set out a path for opening accession talks with Albania and Macedonia in June 2019. Many were doubtful this would be agreed, at a time when the EU is facing difficult challenges, write Adnan Ćerimagić and Zoran Nechev.

When EU member states gathered in Luxembourg on Tuesday to discuss the European Commission’s recommendation to start accession talks with Albania and the Republic of (soon [likely] to be North) Macedonia, some doubted they would be able to agree on anything. Others feared it would be a shortsighted and painful ‘non’.

At the end of the day, everyone was surprised.

EU member states found a compromise: the accession talks could be opened with both countries in June 2019, if reforms continue to deliver concrete results. Most importantly, in practical terms, the European Commission was given the green light to immediately start all preparatory work for the talks.

This was an extremely difficult compromise to strike. Despite the fact that, for example, for the first time since 2009, the Council had a favourable situation to reach a unanimous positive decision on Macedonia, thanks to the signed agreement between Skopje and Athens on the three decades long bilateral dispute on name issue.

Some member states, such as the Netherlands, openly expressed their doubts about the Commission’s assessment that Albanian and Macedonian progress in judicial reform and the fight against corruption was sufficient to open talks.

Last Thursday, the Dutch parliament adopted a motion concluding that conditions for opening talks with Albania were not met. And although a similar motion for Macedonia was rejected in the Parliament, the government had its own doubts.

Other member states were concerned about their own issues. They argued that at a time when the EU is consumed with a very long list of difficult challenges, from migration to Brexit, any decision on EU enlargement could be seen as a signal that the EU membership for countries with weak rule of law and institutions is imminent.

And that they are not serious about consolidating and reforming the EU itself. They feared this could empower populists and cost them votes in elections for the European Parliament scheduled for May 2019.

Last week Macedonia’s foreign minister, Nikola Dimitrov, responded to these fears by stating that “the start of accession talks is neither an immediate admission nor a guaranteed membership in the EU” adding that “it is a reform tool, a coaching exercise, the best we have. We simply ask for a reform competition in our region!”

Dimitrov is right, membership of the six Western Balkans states (including Albania and Macedonia) is neither imminent nor something that could happen without a parallel competition in implementation of serious reforms in the Western Balkans and consolidation of the EU.

In January 2018 French President Emmanuel Macron said “we need to rediscover a European ambition, to rediscover a more sovereign, more united, more democratic, Europe because it is good for our people.”

Building such a Europe requires the ability of the EU and its member states to simultaneously work on different construction sites, from Brexit and the global trading system to the next EU budget and the Western Balkans.

Tuesday’s conclusions on enlargement showed that, at the end of the day, such understanding among EU member states still prevails, but the difficulty in reaching them also showed that this understanding is under attack and significantly weakened.

To re-energise and strengthen it, visionary EU politics with regards to enlargement is needed.

As Albania and Macedonia show, the region yearns for serious reforms in the fields of rule of law, the fight against corruption, democratisation and the economy. As well as for the assessment of their implementation and achievements to become much more credible and convincing.

This is required both by the citizens of the six Western Balkans countries and by sceptical politicians and the public in the EU member states.

The February 2018 Commission’s strategy and the May 2018 Sofia Summit declaration/priority agenda recognise this and provide a list of many initiatives which, if implemented, could help move things much efficiently in the right direction.

From the idea of expert missions (including member states’ experts) being deployed to check and report on the state of the rule of law and democracy (based on experience of Priebe in Macedonia) to the intention to conduct trial monitoring, developing roadmaps for the rule of law and public procurement and making concrete steps in the fight against corruption (and its measurement).

Tuesday’s conclusions provided much needed fresh air for true reformers in the two countries and pro-enlargement forces across the region.

Maybe not the amount of the air that the Macedonian authorities and citizens expected, bearing in mind the efforts put in the resolution of the name issue and the burden that will be carried in implementing it and ensuring a positive outcome on the forthcoming referendum.

But hopefully enough air to get through the implementation of the Skopje-Athens agreement.

There is no time to wait or air to waste, as June 2019 is around the corner. Everyone should do much more to make sure that both Albania and Macedonia achieve as much as possible by then and convince those who are sceptical about their results.

Both governments in Skopje and Tirana showed a genuine will to take hard decisions, implement reforms and prove themselves. Their success will surely motivate true reformers in the current laggards (Bosnia and Kosovo) and frontrunners (Montenegro and Serbia).

And possibly serve as inspiration for those in some EU member states.

[EWB Interview] Popescu Zamfir: EU should work with WB societies instead of governments