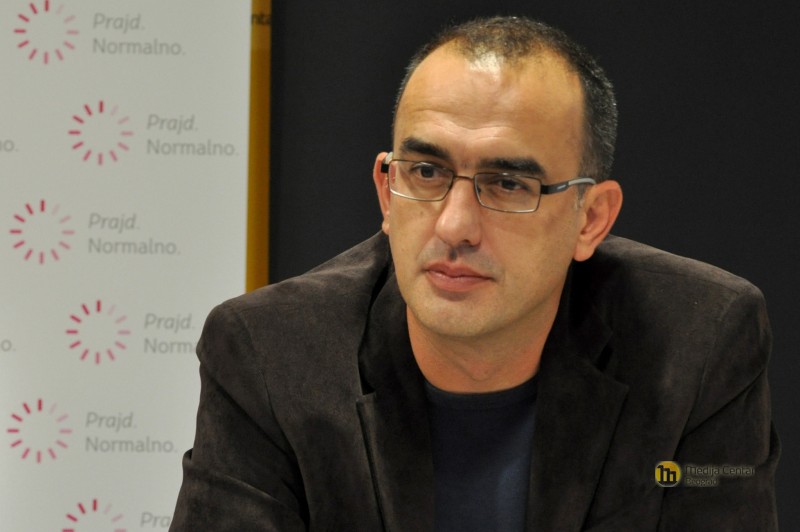 When it comes to issues such as transitional justice, dealing with a recent wars of the past, reconciliation and normalization of relations, to put it mildly – they are not high on the agenda of the vast majority of mainstream media in the former Yugoslavia. It would seem that the situation is mostly reversed: a significant majority of the mainstream media today play their role primarily as propaganda tools of nationalistic authorities, which are more prone to manipulation than the factual approach to the recent war past.

The media, therefore, largely fuel prejudices and stereotypes between neighboring countries and nations, and thus contribute to the maintaining of the “frozen conflict” atmosphere, instead of promoting initiatives such as RECOM, whose purpose is to clear up the difficult legacy of the wars of the nineties.

In other words, instead of talking about the victims, most media today still prefer to promote convicted war criminals, which can be characterized as “our”, and in this way the guilt for committed war crimes is actually collectivized and identified with the entire people instead of individuals, who are finally convicted for wartime atrocities.

In this, of course, the most prominent are obscure tabloids, especially in Serbia, which do not hesitate from the worst and most vulgar insults at the expense of neighboring nations and states, all of which reminds us of the warmongering media preparation of conflicts from the end of the 20th century. Since, at least in nominal terms, these are private media, they use the excuse of editorial policy for the hatred they are spreading. This excuse is in conflict with the basic postulates of the media profession, as well as with journalistic codes, because the media should first of all represent the public rather than the particular interests of the various centers of power.

But what is even more worrying is the fact that most of the public media services in the region either do not pay sufficient attention to initiatives such as RECOM, which lead to normalization of relations, but they ignore them or they perpetuate prejudices and stereotypes. It not only does not comply with journalistic codes, but it is also in a very clear contradiction with media legislation, which clearly state the obligation of the public services to protect the widest spectrum of public interest.

Because of this, as well as due to the fact that today’s public media services are actually the successors of former state television broadcasters that were leading in the warmongering during the late 1980s and early 1990s, they would in every sense of the word have to be the avant-garde of the process of normalizing relations in the region.

In that sense, they should also promote the activities of the RECOM Initiative, and the signing of the agreement for the establishment of RECOM should certainly be accompanied by prescribing the obligation for public service media to become a platform for the voice of victims, and not for the voice of war criminals. Given the fact that public broadcasters today are the most influential news media, there is no doubt that the opening of these televisions to the public testimonies of the victims significantly contribute to the process of normalization of relations in the region.

Voice of the victims, as has been demonstrated so far in rare occasions when public services promoted such stories, would surely awake the sleeping, much needed empathy among the citizens. Instead of an imposed division of “us” and “them,” public television could contribute to the only possible division – of victims and war criminals. Before the tears of mothers who lost their sons, before the suffering of destroyed families, against the pain of those who were raped …, it is impossible to remain indifferent and it is impossible not to be human.

Such approach would certainly help the public media services in the region to make choices for what they are responsible under the law: for an independent editorial policy, from which they are distant at the moment. This would be a kind of confrontation with their own inadequate role in our common recent past for those media. But perhaps that is – besides the very strong political pressure of nationalistic political elites and possessors of the war of acquired capital – precisely the biggest stumbling block for the public news services themselves and people who handle their editorial policy. 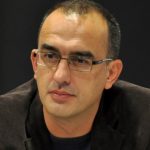 Program editor of the Independent Journalists Association of Vojvodina, and lecturer at the Faculty of Philosophy, University of Novi Sad. He is also the Editor-in-Chief of the Vojvodina Research and Analysis Center (VOICE) and editor of the Internet portal www.autonomija.info.