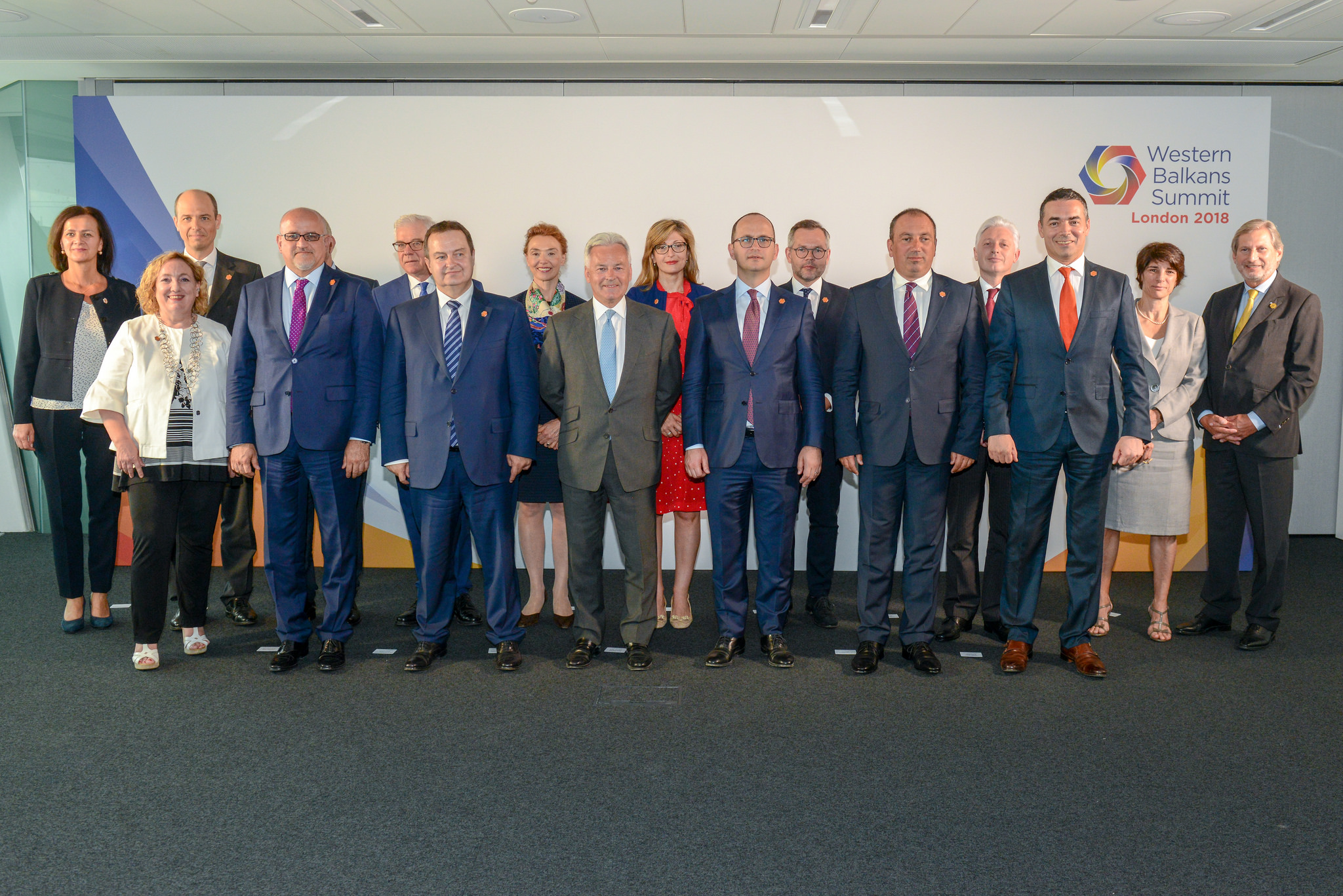 LONDON – Cooperation in various fields is the most important task for the countries in the region. That was the mutual conclusion of the Ministers of Foreign Affairs from Western Balkans who met today in London in the frame of the annual Berlin Process Summit.

Two Question Time Session took place on Monday, first of which was titled “Improving prospects for young people in the Western Balkans”, which gathered Ministers of Foreign Affairs from Albania, Bosnia and Herzegovina and Kosovo, as well Commissioner Hahn and representatives of youth organizations.

Ministers from Macedonia, Montenegro and Serbia participated in the second Session, titled “The future of the Berlin Process”. They were also joined by the members of the civil sector.

In his remarks, Minister Ditmir Bushati of Albania pointed out that strengthening of cooperation between the regional countries and the EU on security issues, both at strategic and operational level, is a key condition for strengthening regional security and addressing the common challenges in this regard, reports Albanian Telegraphic Agency.

Minister Ivica Dačić of Serbia also emphasised the importance of cooperation, stating that „there are many problems from the past, but that is something that can not be repaired now; only the future can be repaired“.

According to Tanjug, Dačić also stated that his country is „ready to resolve the question of relations with Pristina, as well as open questions with other countries in the region, while respecting each nation’s interest and international law“.

Minister Nikola Dimitrov of Macedonia, feeling optimistic ahead of NATO Summit in Brussels, pointed at the importance of the reforms and the rule of law. „We either have strongmen or strong institutions. Reforms are impossible without the political will and we have it“, said Dimitrov.

Kosovo’s Foreign Minister Behgjet Pacolli reiterated the imoprtance of cooperation in the context of the Session he participated in, stating that „we need more efforts to strengthen regional cooperation and make it more effective and tangible for our citizens. The role of civil society is crucial!”

Finally, Bosnia’s Foreign Minister Crnadak, in his statement for N1, also spoke about the need for reforms. „The rule of law and the fight against corruption are the main problems for Bosnia and Herzegovina. We have to continue the fight against corruption. It is particularly important for me that we have a panel about young people here at London Summit“, concluded Crnadak.

Hahn: Decision on visas for Kosovo, before summer holidays