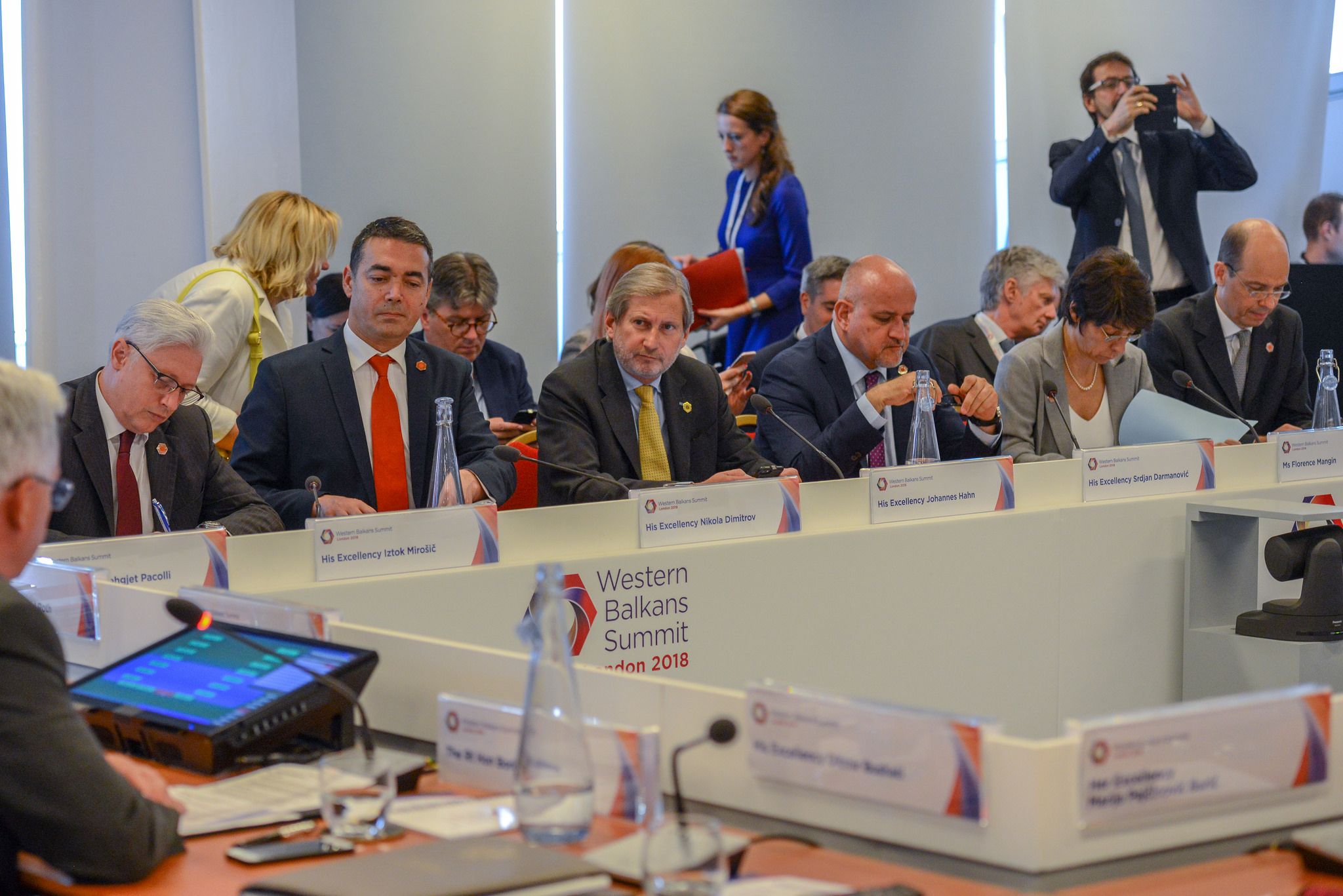 On 9 July 2018, the United Kingdom welcomed Foreign Ministers of the Berlin Process participants and Bulgaria (as host of the 17 May 2018 EU-Western Balkans Summit) as well as representatives of the European Commission and European External Action Service (EEAS) to the Foreign Ministers’ Meeting of the Western Balkans Summit at the Crystal in London.

We reaffirmed our commitment to achieve a stable, secure and prosperous Western Balkans region, anchored to European values and systems and contributing to European security. We also unanimously reaffirmed our unequivocal support for the European perspective of the Western Balkans. We stressed our determination to deepen regional co-operation in order to deliver that European perspective, whilst also noting the importance of focusing and streamlining regional organisations and frameworks, to ensure they deliver most efficiently.

We agreed that, with our economies, security and stability firmly inter-twined, we could do more to increase our physical, human and security connections. We welcomed the progress in implementing the Multi Annual Action Plan (MAP) of the Regional Economic Area (REA) and the work of the Regional Cooperation Council (RCC).

We looked forward to the implementation of the Sofia Priority Agenda adopted at the EU-Western Balkans Summit on 17 May 2018.

We welcomed the positive progress the region and its neighbours had made on resolution of bilateral issues since the Vienna Berlin Process Summit in 2015. In particular, we applauded the historic agreement signed between Foreign Ministers Dimitrov and Kotzias on 17 June 2018.

We affirmed the spirit of good neighbourly relations in which the Western Balkans Six (WB6), in partnership with other Berlin Process participants, would continue to work towards the resolution of outstanding bilateral issues. In this context, we welcomed the willingness of Vienna and Skopje to host two stocktaking exercises in advance of the 2019 Berlin Process Summit.

In line with the European Commission’s strategy of February 2018, and the Sofia Declaration of May 2018, we acknowledged both the challenge and the importance of addressing legacy issues in the region.

We reiterated our commitment to democracy, the rule of law, good governance and respect for human rights and rights of persons belonging to minorities. Also to the fight against violent extremism and terrorism, impunity, corruption, illicit fire-arms trafficking and organised crime.

We agreed that both civil society and independent media played a crucial role in furthering these, and welcomed the contribution of policy ideas to Ministerial discussions, including at the Question Time debate with the WB6 Foreign Ministers, and at the spotlight events on discrimination, gender equality and media freedom.

We welcomed the full involvement in the London Western Balkan Summit of young people and civil society from the Western Balkans, including entrepreneurs, and representatives of regional organisations.

We all strongly agreed that the region’s youth were its biggest asset, and that more needed to be done to unlock their great potential.

We commended the progress made by the Regional Youth Cooperation Office (RYCO) and noted their impressive strategy to encourage reconciliation, intra-regional youth mobility scheme and cooperation among young people in the region.