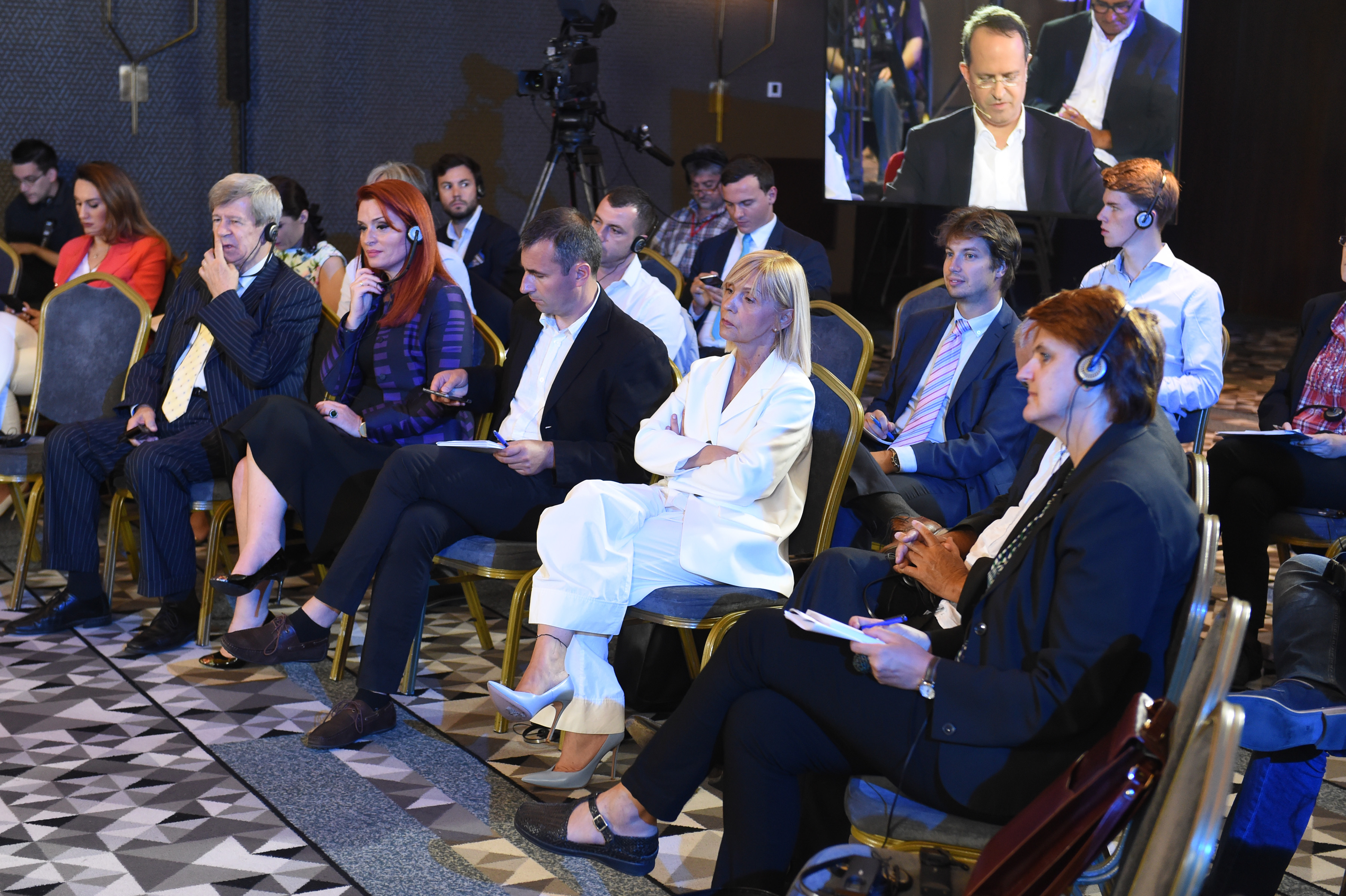 BELGRADE – International conference „Serbs and Albanians – which way forward?“ organized by Serbian news agency Tanjug and Albanian news agency ATA was held today, during which Serbian, Albanian and international experts have discussed the relations between two ethnic groups, historical, political and international circumstances which generate those relations today and the directions in which they could develop in the future.

The conference was opened by Serbia’s Minister of Foreign Affairs Ivica Dačić, who emphasised the problem of Kosovo as the most difficult in Serbian-Albanian relations. “Unlike some of our Western partners, we do not look at the issue of Kosovo and Metohija as a solved case. We think that the solution can only come through dialogue. The priority of Serbia’s activity is the existance and respect of the rights of Serbian community, its economic development and keeping of cultural heritage and property of Serbian Ortodox Church in Kosovo and Metohija”, he said.

“Participation of Serbia in the talks is by all means not easy, in fact it is full of resistance and unexpected obstacles. However, the point is not the search for quick and easy solutions, giving up or accepting the minimum”, added Dačić.

Bodo Weber from Berlin’s Democratization Policy Council in Berlin, had a different opinion. He is confident that “Kosovo is not a part of Serbia any more and there will be no compromises in the solution generated by the dialogue”. He added that Serbia missed its chance to reach a compromise in the earlier series of negotiations, which took place from 2011 to 2013.

Weber criticized Serbia’s three decades long instrumentalization of the issue of Kosovo, as well as misleading the public that Serbia can return to the process that would lead to compromise.

“Serbia can not get Kosovo back by accepting the reality, but it can stop being an unfinished state if it does that”, Weber said.

President of the Delegation to the EU-Serbia Stabilisation and Association Parliamentary Committee in the European Parliament Eduard Kukan also participated in the Conference. He emphasised that there is no pressure by the EU for Serbia to recognize Kosovo’s independence. However, he added that the European Parliament in its yearly resolutions on Kosovo calls upon the remaining five member-states who have not recognized Kosovo to do that.

“In the long corridors of institutions in Brussels, we look at the relations between Serbia and Albania in the regional context. Nobady is doubting that Serbia and Albania are important regional players. We look at them as a part of EU integration and enlargement process. We know that it is necessary for this process to continue”, explained Kukan.

Kukan also expressed hope that societies and people in both countries will be more active in mutual relations and cooperation.

The need for mutual cooperation in the field of EU integration was also emphasised by the Director of the Forum for Ethnic Relations Dušan Janjić.

“If there is an agreement between Serbia and Albania, Western Balkans is stable. If we work together, we will be European league players; if not, we will remain at the periphery”, he said.

Historians Predrag Marković and Rigels Hallili agreed that getting to know each other better and overcoming numerous stereotypes is crucial for Albanian-Serbian relations. Marković added that both sides need a clearer European perspective in order to set their traumas aside.

Ardian Haxhaj from the Institute for Cooperation and Development noted that there are many examples of good cooperation between Serbian and Albanian people. Therefore, problems should be set aside.

“If we only focus on problems, we will find ourselves soon as old men and women who are watching their children living abroud. We have to fight for the young”, concluded Haxhaj.

Stoltenberg: Invitation to NATO membership once the Treaty with Greece is fulfilled